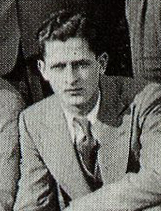 Clark was also the only one of the nine that worked directly with Ub Iwerks, training under him and helping to develop the new character of Mickey Mouse after Oswald the Rabbit was no longer a Disney property. Les' first solo animation was on The Skeleton Dance (1929).


About five years later, in preparation for Snow White, Walt Disney knew his animators needed practice with creating believable human figures. By this time, Les was a pro when it came to drawing Mickey Mouse, but things proved more challenging with The Goddess of Spring. He was one of three that animated the human characters for this short. Unfortunately, Persephone ended up looking more rubbery than realistic.

Clark once said, " I had a hard time with the figure. Not that I didn't know how to draw it, but to animate it."

Personally, Goddess is still one of my favorite Silly Symphonies, but it wasn't up to the level of realism Walt was looking to achieve with Snow White. 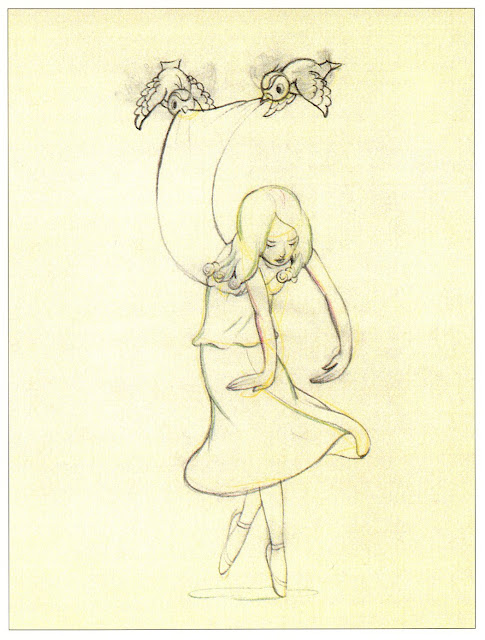 The Goddess of Spring


Les working at his desk (far right) in cramped conditions at the Disney studio... 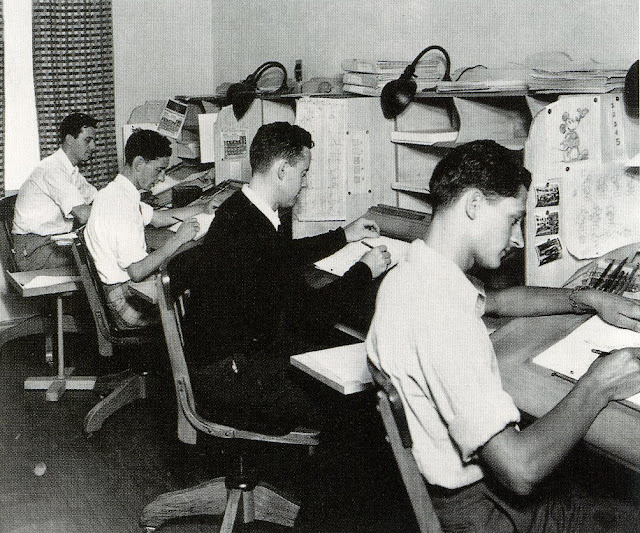 
No matter what troubles he might have experienced with The Goddess of Spring, Les was a dedicated artist. He attended the in-house art school at the studio long after the other "hard-core" animators felt they'd learned enough from the classes.

Clark's contributions to Snow White involved the all-important "Silly Song" dance sequence. There was the scene where Dopey slips the cymbal to Sleepy as he swats at the fly... 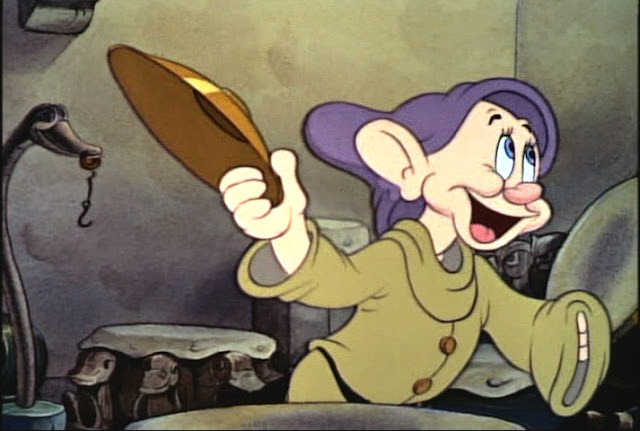 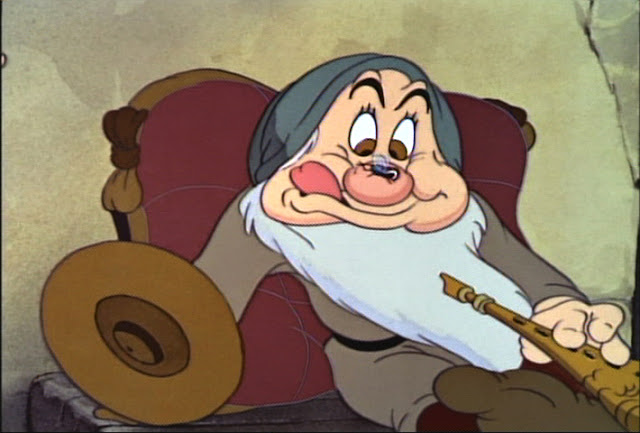 Doc and Happy before Sneezy's nasal explosion and afterwards... 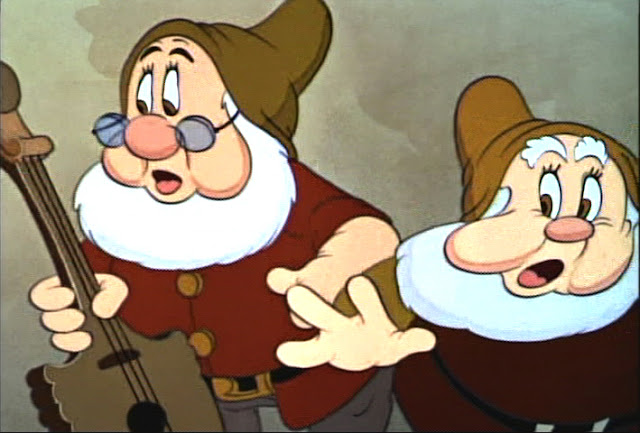 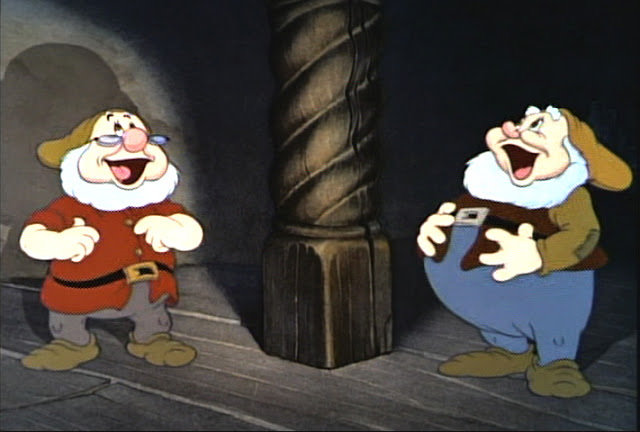 The most challenging segment that Les worked on was the ...


...thankless task of co-animating (with Ham Luske and Marc Davis) a complex scene of Snow White dancing [with the dwarfs]. The full figures--moving toward and away from the viewer across the floor to a musical beat, each dancing in a way that expressed their character--were extremely difficult to organize and animate. There were problems in matching tight, traced-over live-action ("rotoscoped") footage of Snow White with the freehand caricatures of the dwarfs. Clark accepted the thankless high-wire act without a qualm and worked like hell to complete it successfully.
From John Canemaker's Nine Old Men book, p. 25 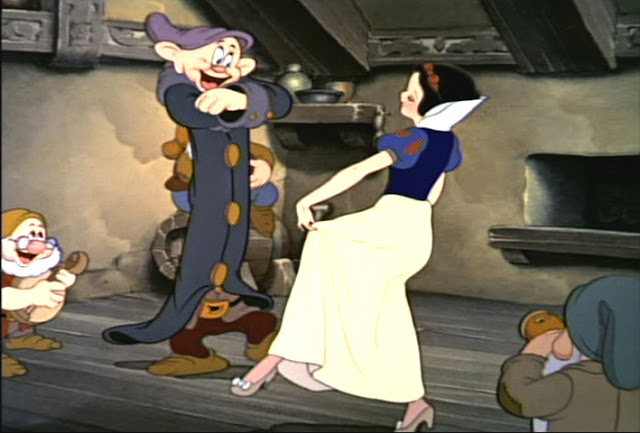 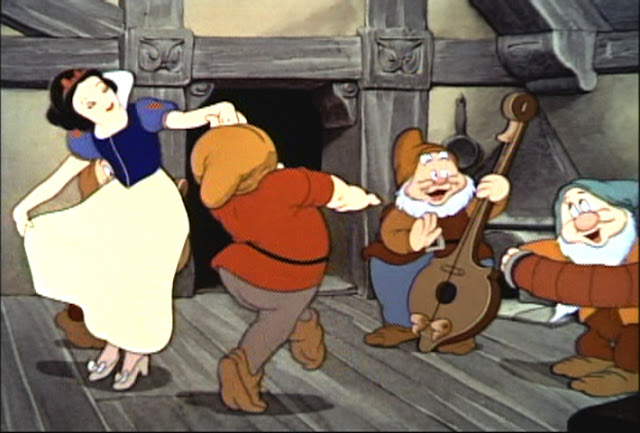 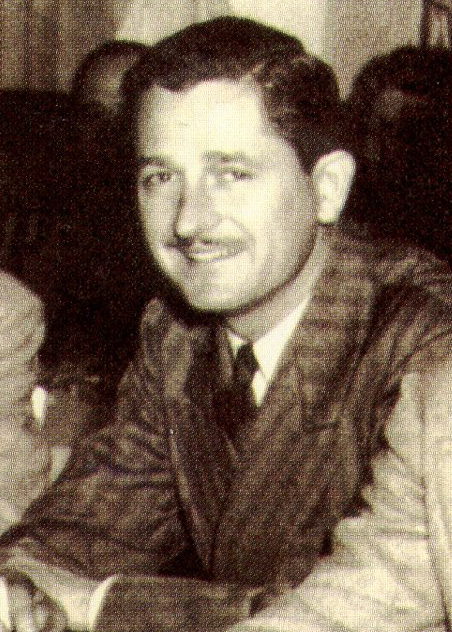 Les contributed to many of the classic animated features during his time at the studio and eventually moved into directing. In 1975, after 48 years, he retired from Disney. He passed away four years later.
Posted by Snow White Archive at 12:01 AM