I started hearing about this magnet back in December 2011 when Snow White enthusiast starberryshyne had picked one up at her neighborhood Walgreens for $1.99 (USD). I casually began checking out the local stores near me to have a look for myself. Unfortunately, none of them seemed to be carrying it.

There's a Walgreens about a mile from my house...something that's probably true for the majority of the population in the US. Anyway, I walked up and down every isle and searched every endcap. No magnets.

Several weeks passed. Then the other day, I stopped in just to pick up a few snacks. Walking through the greeting card section, I happened to look up and boom! There they were, not on an endcap but stuck to a support pillar in the middle of the isle.

Snow was on display along with Belle, Ariel, Cinderella and several other Disney characters. 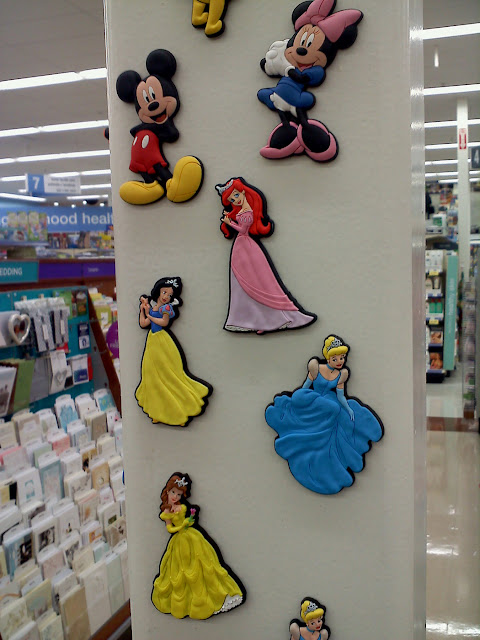 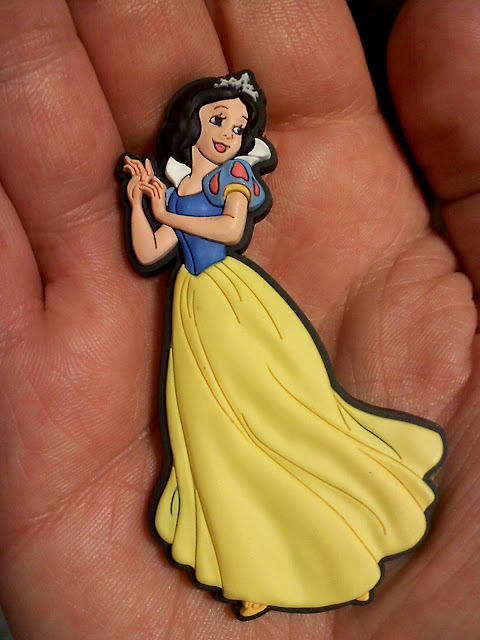 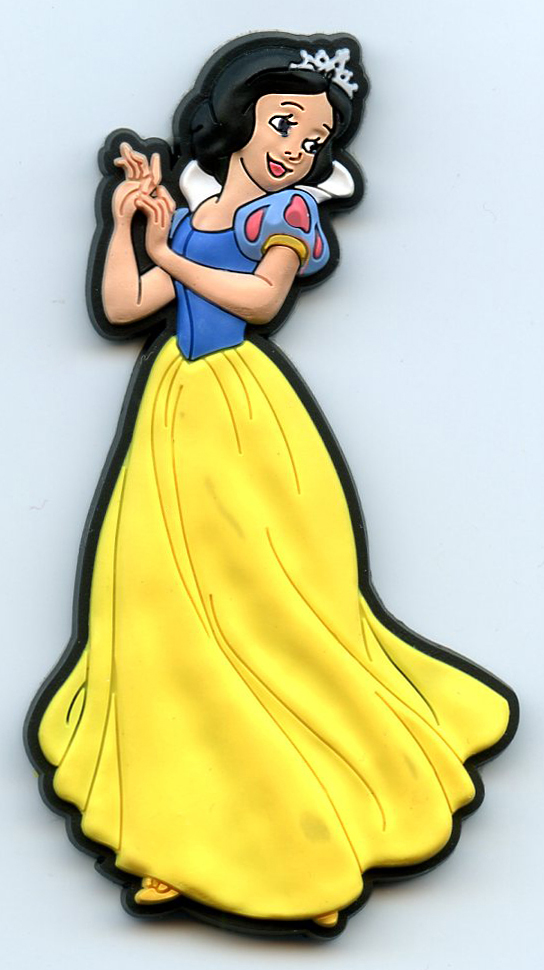 It appears to be a Walgreens exclusive. 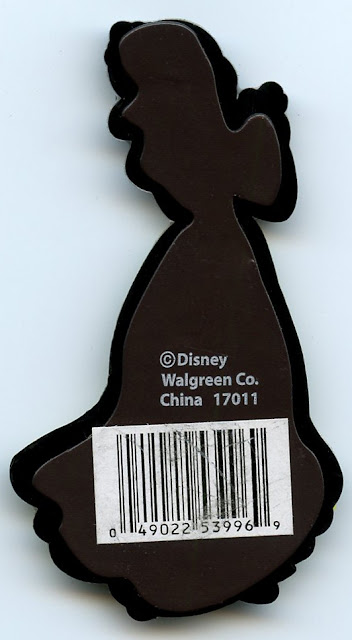 Email ThisBlogThis!Share to TwitterShare to FacebookShare to Pinterest
Labels: ~magnets