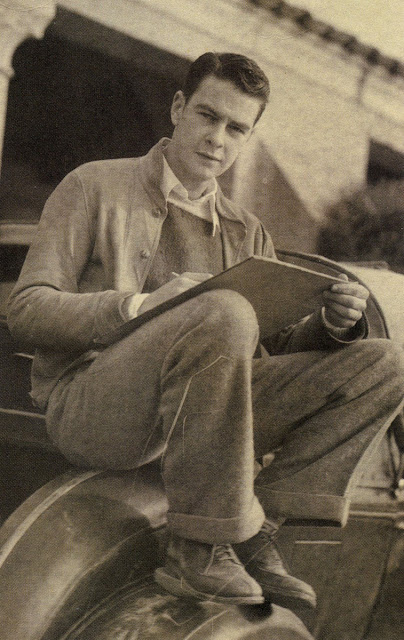 Fred Moore, one of the studio's most gifted animators, would sometimes get pinched by mood swings and creative blocks. Yet, Johnston (like Thomas before him) looked back with fond memories on his time as Moore's assistant, "It was the greatest learning experience I ever had."

Fred draws a sketch for Ollie... 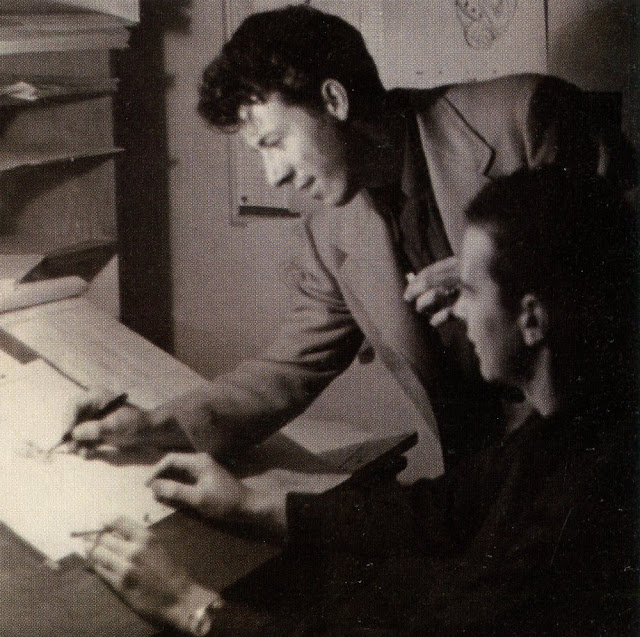 When production began on Snow White, Fred (along with Bill Tytla) became a supervising animator for the dwarfs. Under Moore was a small crew of animators that included Frank Thomas, Les Clark, Dick Lundy, and Fred Spencer. Johnston's job was to supervise all the cleanup for this team's drawings.

One of Fred Moore's dwarfs... 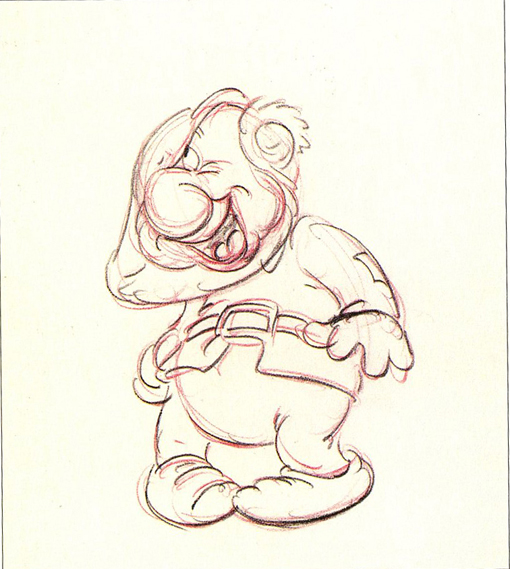 
...all of the "sweatbox" (projection room) meetings with the top directors and Walt who "criticized the hell out of Fred's stuff. 'Cause he was using Fred as his standard. John Canemaker's Nine Old Men p.214


A screen capture of the "sweatbox" from the RKO release How Walt Disney Cartoons Are Made (1938)... 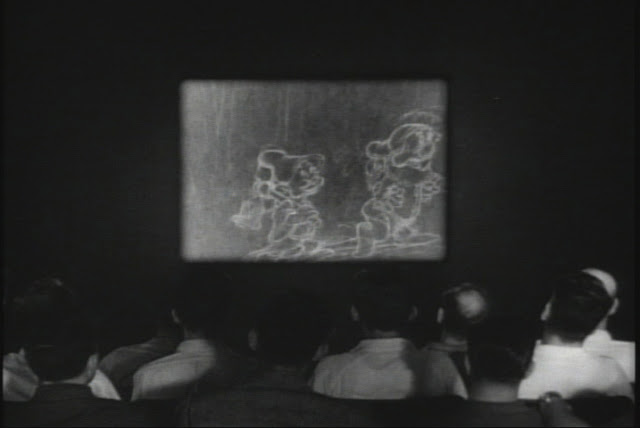 During the final four months of production, most of the artists, including Johnston, worked from 7:00 am to 10:00 pm each day to get the movie completed on time. In addition to overseeing cleanup, Ollie was also handed small scenes to animate such as the dwarfs hiding by the bed. 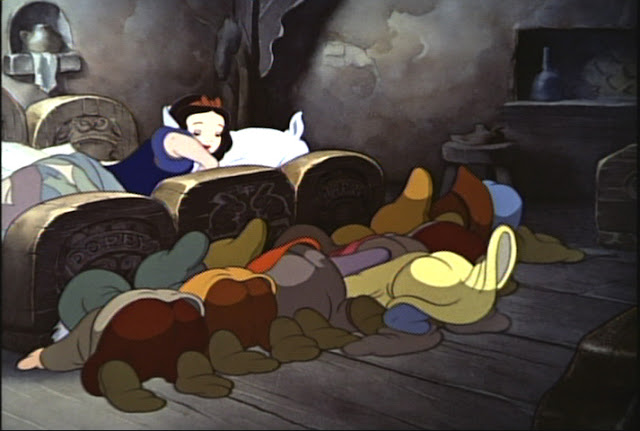 At the conclusion of Snow White, Moore lobbied Walt to promote Ollie to junior animator. Johnston worked on sections for the Brave Little Tailor and was then teamed with Frank Thomas on Pinocchio. The rest is history.

In 1981 the two lifelong friends published their book Disney Animation: The Illusion of Life. In 1995, they were featured in the documentary Frank and Ollie. Pictured below, the two reenact a pose from a photo (seen in Frank Thomas post) taken at Stanford nearly fifty years earlier. 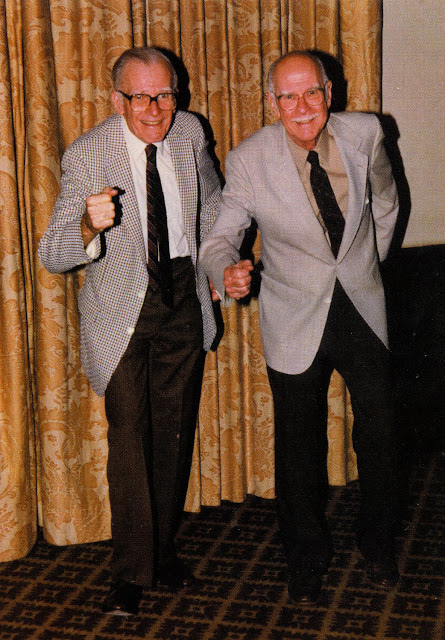