Wolfgang "Woolie" Reitherman (June 26, 1909- May 22, 1985) came to the Disney studio on May 21, 1933. His drawing skills increased rapidly, and he soon found himself working on many of the classic Silly Symphonies of the era. And yet, he would be tested. 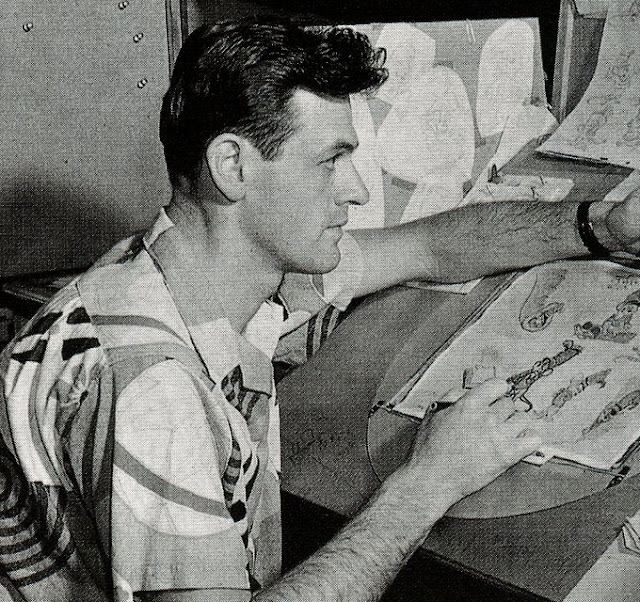 On the Snow White project, Woolie drew some of the animation for the bed-building scene (which was of course deleted from the final film), but his main contribution would be the slave in the Magic Mirror. 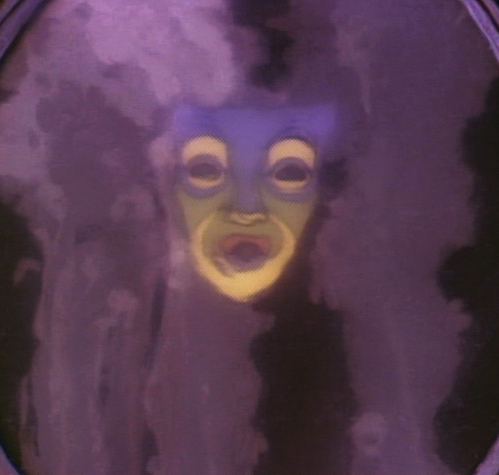 The "slave" is basically a floating mask in the reflection of the mirror. At first glance, the animation doesn't seem as if it would be so difficult a task. Plus, the Magic Mirror only appears in two short sequences. These scenes, however, are critical. They help set the stage and mood of the film and also move the story along with a real sense of the supernatural. Wolfgang had no body parts to animate, not even pupils to show expression. The slave would prove a challenging character to bring to life.

"It was tough because it didn't move," Reitherman said. "It was just there all the time." 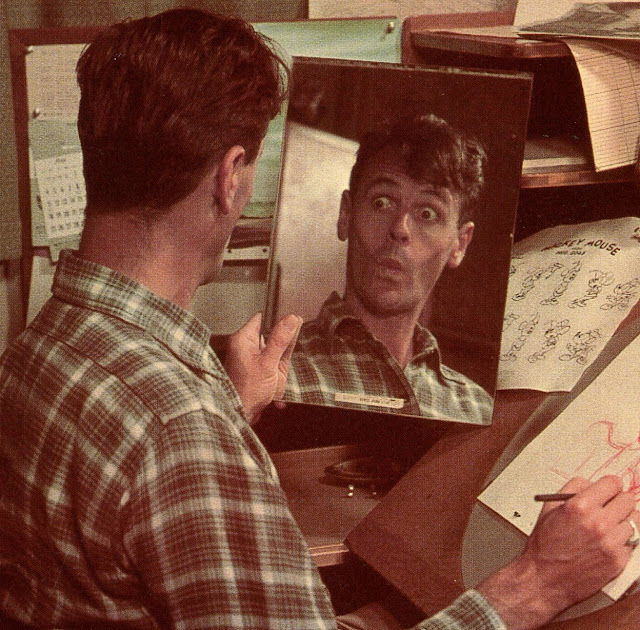 
Studying the original animation drawings, one notices how closely spaced the in-between drawings are. For each extreme pose, the paper was folded in half down the middle of the Mirror's face. This allowed Reitherman to animate one side of the face, fold the paper, and (over a light table) trace the other side, so the two halves were perfectly matched in size and movement. 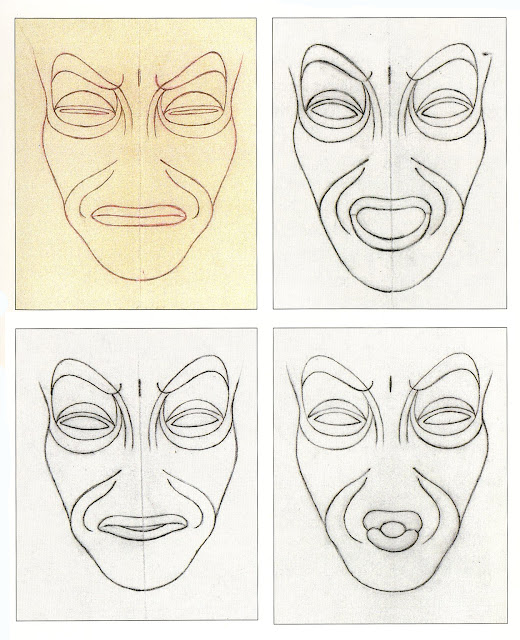 Wolfgang would end up animating the Mirror nine different times before Walt Disney gave it his final OK. In the finished film, special effects of animated flame, smoke and distorted glass veil the face and add an eerie atmosphere to the scene. The result is quiet effective, but Reitherman, after having spent so much time at perfecting the mask, was to say, "All my work was sort of for nothing."

Not nothing. His subtle, emotionless slave in the Magic Mirror was dead on! 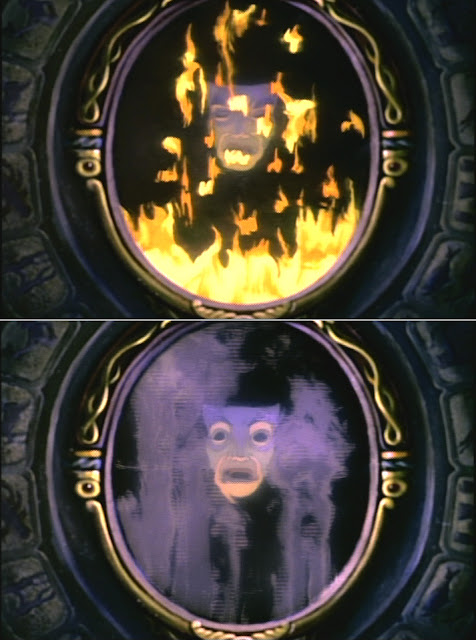