It's Fat Tuesday and time to catch some coin down in New Orleans. Tossed from parade floats, Mardi Gras doubloons are a particularly fun collectible since they are not for sale but only available during the Carnival season (or thru resellers, e.g. ebay). The coins measure 1.5" in diameter and are typically made from aluminum, although some are bronze or rarer silver.

Snow White has been represented on the face of these medallions more than once over the years. She sometimes appears in her Disney form, other times as a more generic storybook character. The Old Witch, Poison Apple, and Magic Mirror have all turned up as well.

1973: This "Mirror, Mirror, on the Wall" token features an image of a hand-held magic mirror. Issued by the Four Corners Carnival Club. 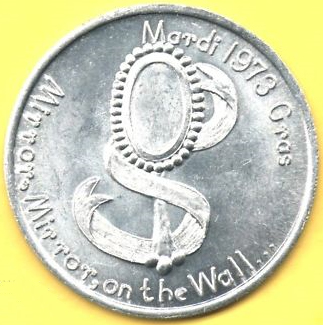 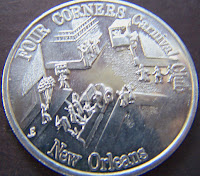 1979: Another "Mirror, Mirror" coin shows the Disney princess standing in front of a full-size mirror. Made by the Southport Revelers. 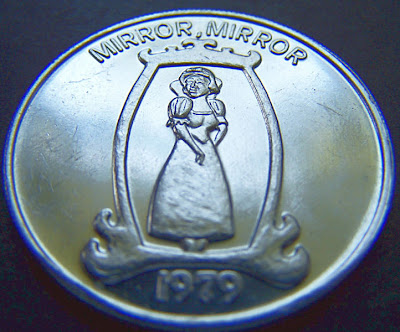 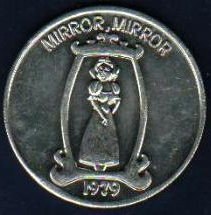 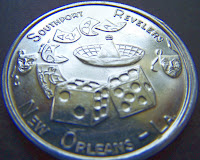 1980: The caption for this medallion reads, "It's a Child's World". Snow White is pictured along with Raggedy Ann and Andy, Mother Goose, Pinocchio, Peter Pan, Prince Valiant and Santa Claus. Made from gold colored, anodized aluminum. 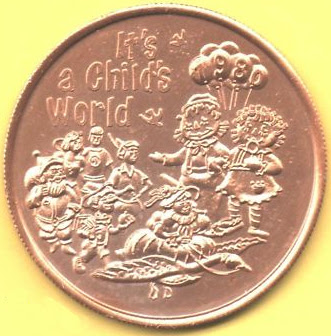 
1982: A "Snow White and the Seven Dwarfs" piece. The princess is pictured in the center with the dwarfs below. The coin was produced by the Knights of Babylon in the normal silver colored aluminum, gold anodized aluminum, and also in a multi-colored form. 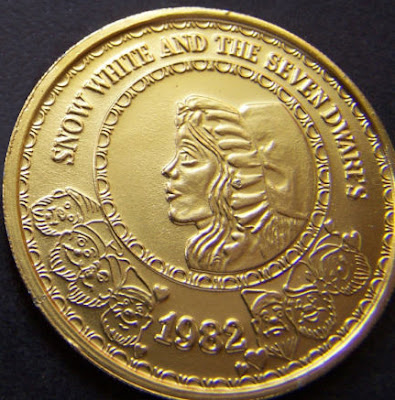 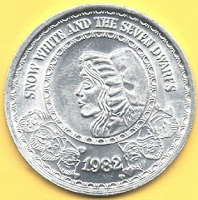 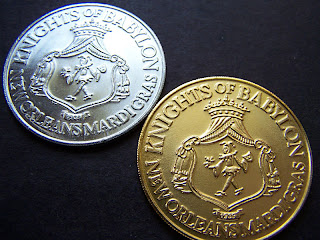 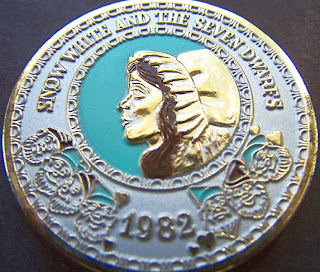 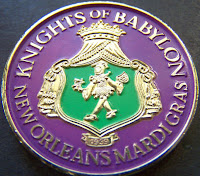 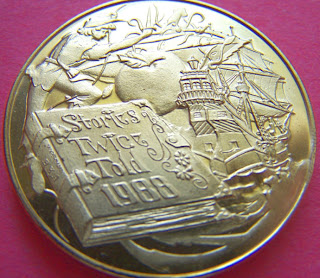 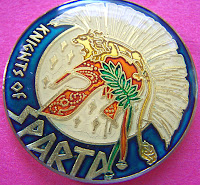 Also in 1988, a "Cleophas Salutes the Children" piece was produced. Features Disney's Snow White and the Dwarfs, a clown holding balloons, and a Christmas tree with presents. 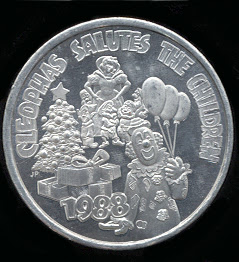 
1993: The Krewe of Endymion tossed out these different color "Flights of Fantasy" coins. The Old Witch from Snow White is joined by Peter Pan, Jack and the Bean Stalk, and the Little Mermaid. A special .999 fine silver oval doubloon was also created and would have been handed out to friends, family and special guests of the Endymion Krewe. 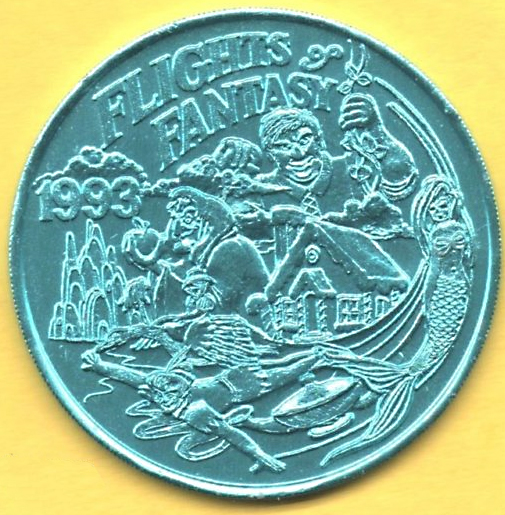 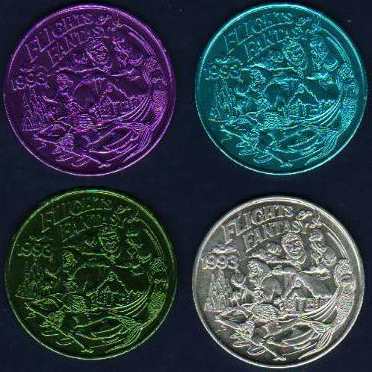 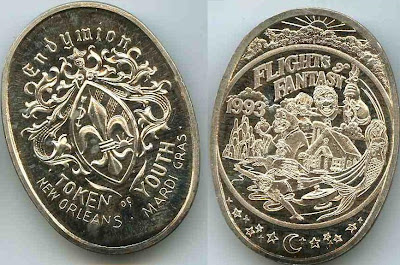 1994: From the Krewe of Aquila comes this "Once Upon A Time" medallion made of .999 fine silver. The Witch from Snow White is pictured with Pinocchio, a frog with a crown, and a beanstalk leading up to a castle in the clouds 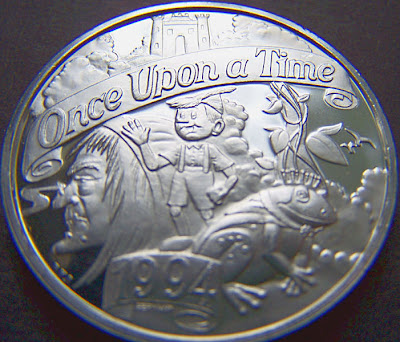 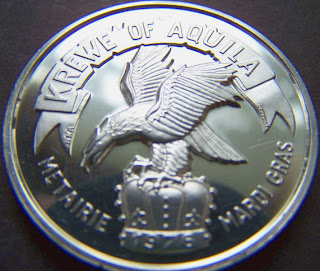 
1996: A "For the Young at Heart" coin spotlights Disney's Snow White along with Ariel (sitting atop a rock), and Jasmine and Aladdin (on the magic carpet). 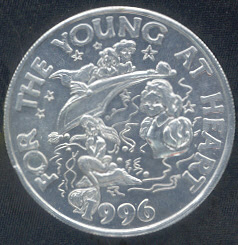 2010: The Krewe of Iris produced this gold-plated bronze doubloon. It reads "Children's Classics" and shows the open pages of a book. Snow White's Apple is pictured along with Peter Pan, Mother Goose, Pinocchio and Rudolph the Red-Nosed Reindeer. 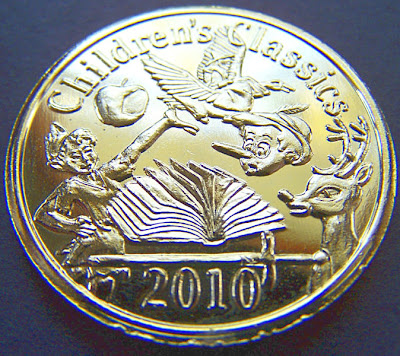 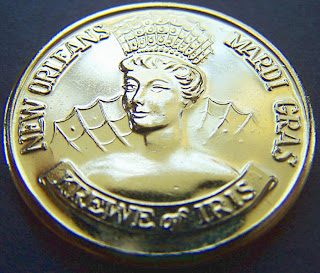 A number of years ago, I had the opportunity to attend a Mardi Gras parade in New Orleans. It was loads of fun! I came home with a handful of doubloons (and a mountain of beads, of course). I highly recommend the experience to anyone who hasn't tried it at least once.
Posted by Snow White Archive at 12:01 AM