Walt Disney Presents Songs from Snow White and the Seven Dwarfs in French and English was issued in 1963. Disneyland Record label. Recorded by Walt Disney Music Co. Printed in USA. Catalog no. DQ-1237. Vinyl 12" disc, 33⅓ rpm. This is a dual language LP featuring five Snow White songs in both French and English
The English version features the Adriana Caselotti recordings from the original movie soundtrack. The French songs are covers of the originals. They are sung by Christiane Legrand who first released them in 1962 on the Le Petit Ménestrel label, catalog no. 45 vs 556 (seen in another post). 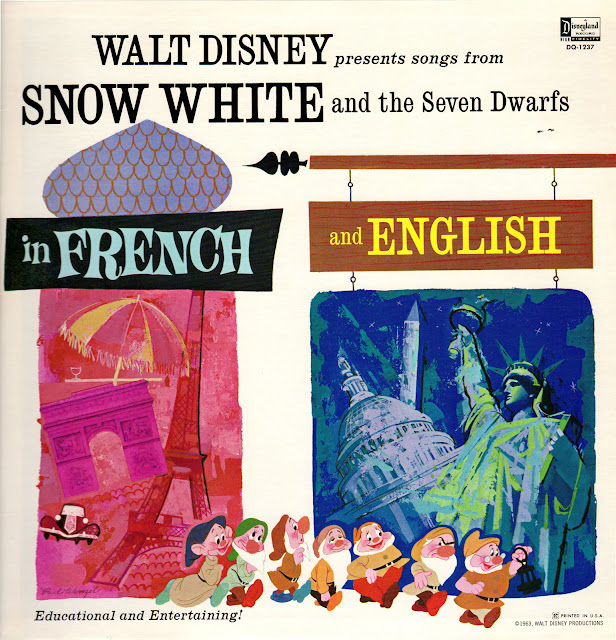 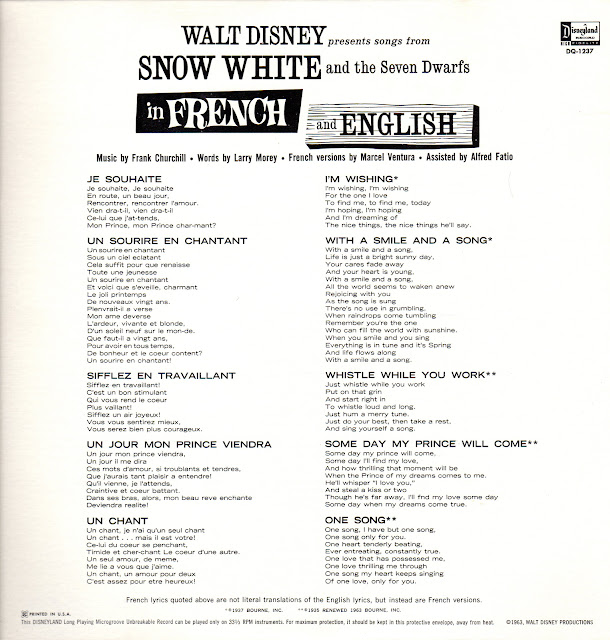 Above images courtesy of Greg Philip of A Lost Film.

The record was issued again as catalog no. DL-3504. Th sleeve notation still reads "© 1963 Walt Disney Productions." The big update to this record is the addition of the totally unrelated "Happy Wanderer in Europe" tunes on second side. To make room, the last two Snow White songs were dropped. 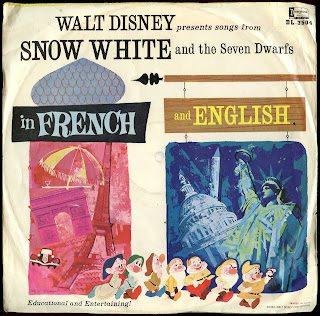 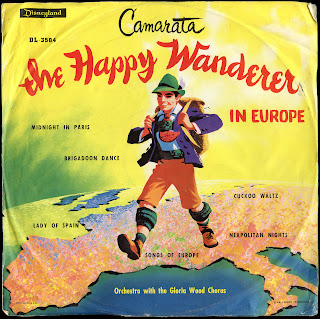 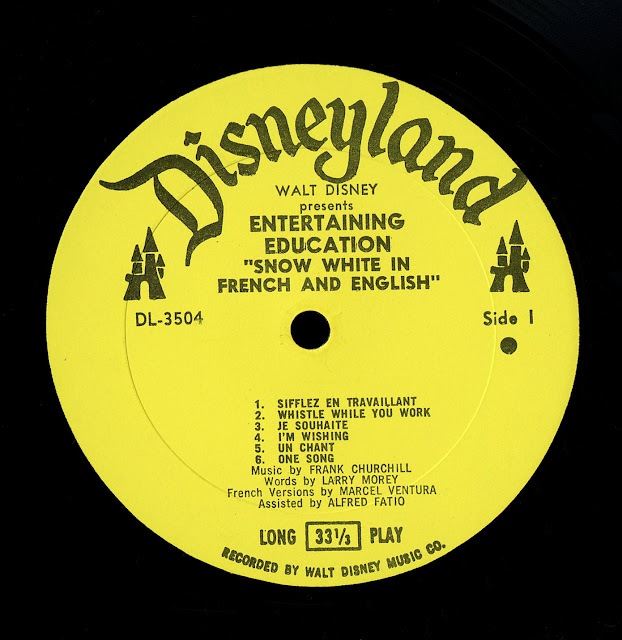 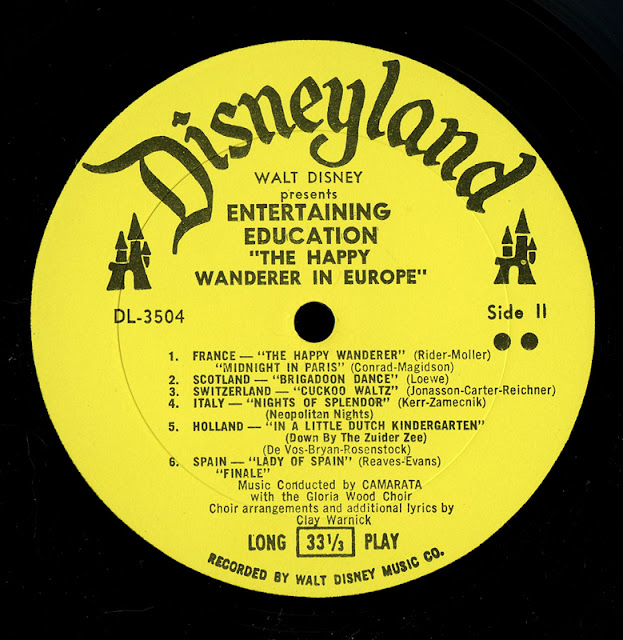 Special thanks to Colin Cameron for donating this record to the Filmic Light Collection.
Posted by Snow White Archive at 12:01 AM