Here we go! Last year's Disney Princess Designer Collection was a massive success. The character re-designs by principle artist Steve Thompson were fresh and elegant. Now it's twelve months later and round two is upon us. On June 25th, the Disney Store blog announced the Disney Villains Designer Collection, six classic evildoers as we've never seen them before.

With a tagline that reads, Being bad has never looked so good, the six villains are Maleficent, Cruella de Vil, Queen of Hearts, Ursula, Mother Gothel, and of course, Snow White's Evil Queen. On June 27th, the official press release was issued, but the first merchandise didn't appeared on disneystore.com until just two days ago, August 20th.

The dolls (to be released in September) will certainly attract the most attention. Yet, like the earlier Princess series, this one boasts a number of other items including the Disney Villains Lithograph Collection. Limited Edition of 2000. The six prints each measure 8'' x 10" and are packaged in a black cardboard envelope, embossed in silver. Retail price $19.50 (USD). Available now from the Disney Store. 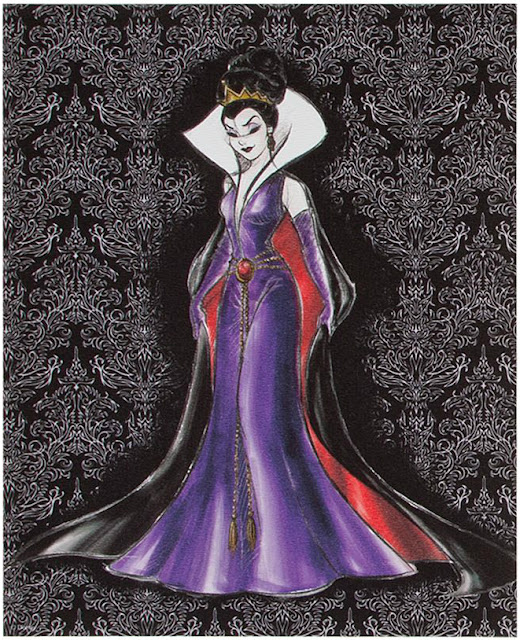 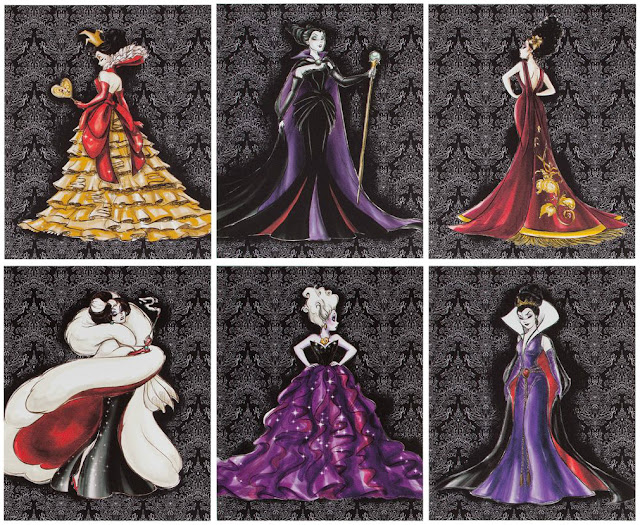 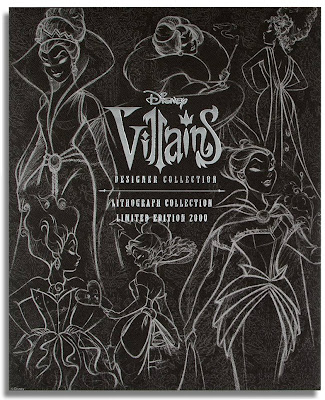 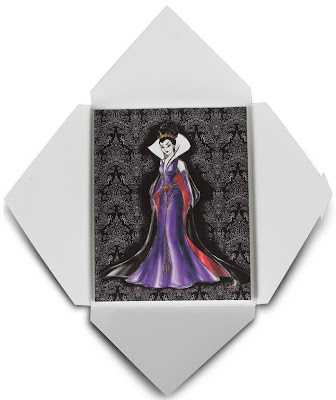 
Stay tuned for more Evil as upcoming posts will include the ceramic mug, journal and note cards, cosmetics, bags, jewelry, scarf, t-shirts and the designer dolls. Also see the pin set and desktop wallpaper to be released in September.
Posted by Snow White Archive at 12:01 AM