In an earlier post, we had a look at the Hollywood magazine from May 1938 which featured Snow White and the Dwarfs on the front cover. Readers were asked to write in 20 words or less who their favorite Dwarf was. A wealth of nifty prizes were being offered for the best responses.

Then a follow-up article appeared in this August 1938 issue which listed all the contest winners, most of whom overwhelming crowned Dopey their favorite Dwarf. The cover photo spotlighted the French actress Danielle Darrieux. 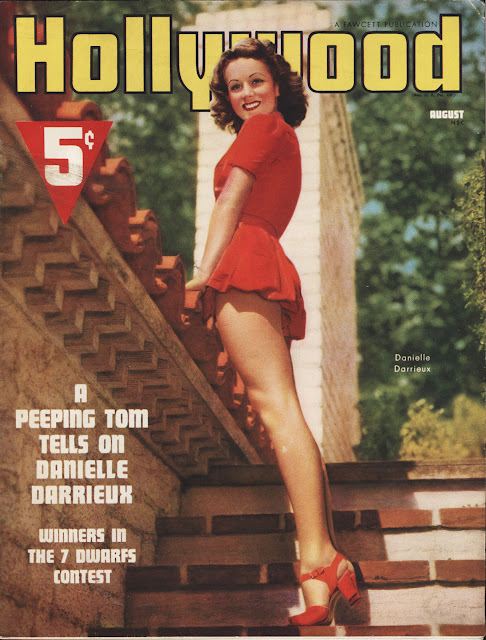 The grand prize was only a cedar chest, but first prize was actually something cool--an original color sketch of Snow White and the Dwarfs signed by Walt Disney! At least that's what they said in the May article. They neglected to mention the little detail of Walt's signature in this one.

The magazine also failed to print the winning 20-word essays. It was certainly a different world they lived in back in 1938. The Great Depression, no TV, no internet, no iPhones. Identity theft was not a topic that occupied most people's minds 74 years ago. So I guess it's not so surprising to see what the periodical actually did print--the full names of all the contest winners AND their home addresses too! 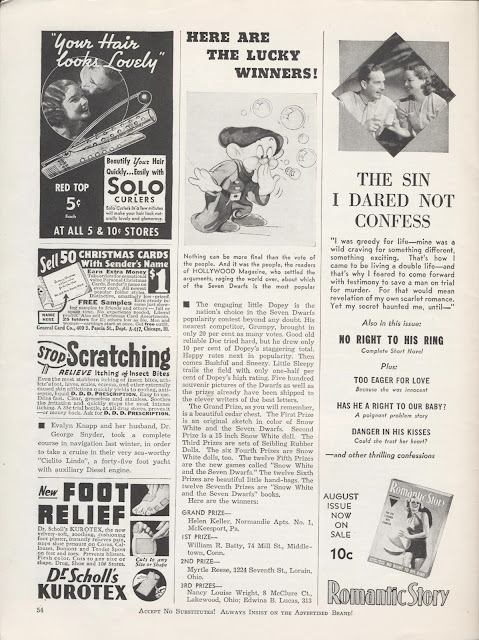 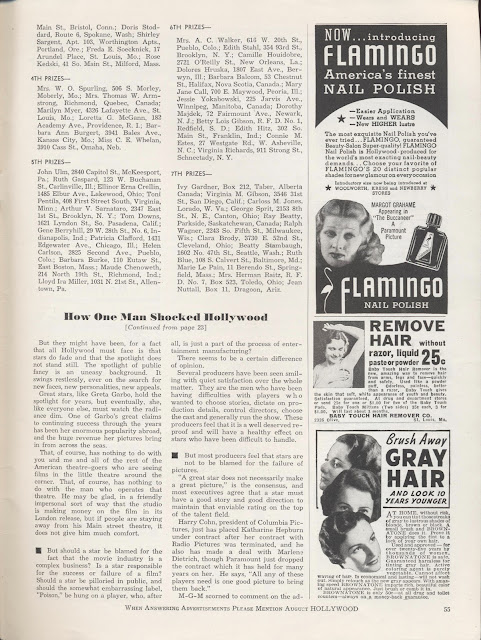 All images courtesy of Rick Payne via dadric's attic. Used with permission.

Wanting to have a look at this original Snow White sketch (which was possibly signed by Walt Disney), both collector Rick Payne and I attempted to locate more info on the first prize winner, William R. Batty. Unfortunately, it seems Mr. Batty passed away back in 2004. Hopefully one of his descendants is still in possession of the drawing and realizes what a treasure he or she has.
Posted by Snow White Archive at 12:30 AM