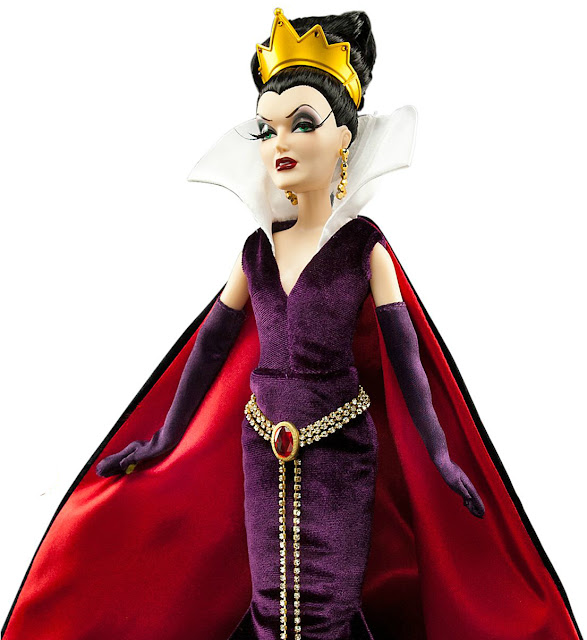 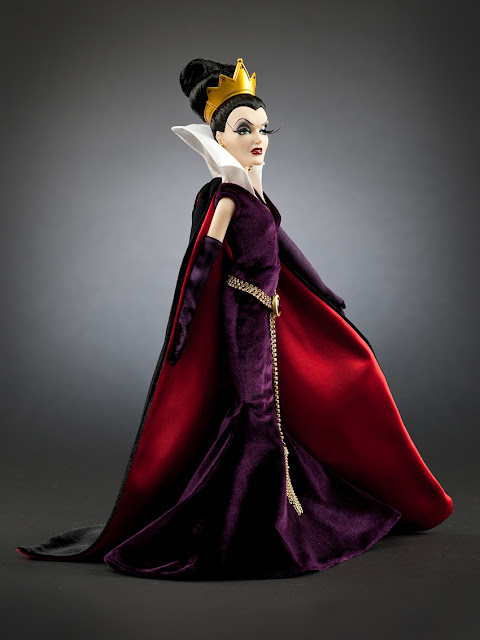 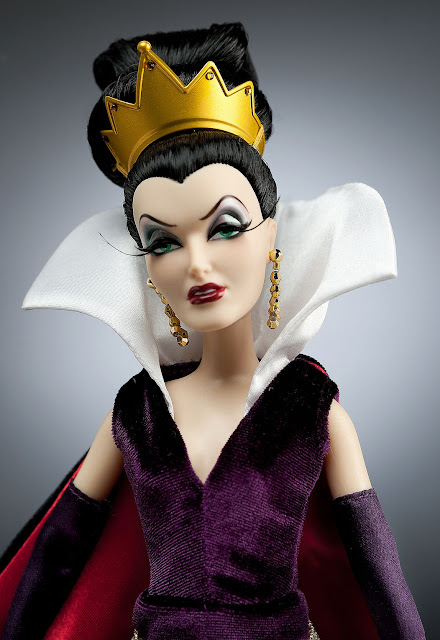 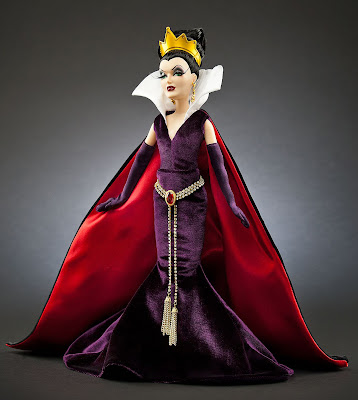 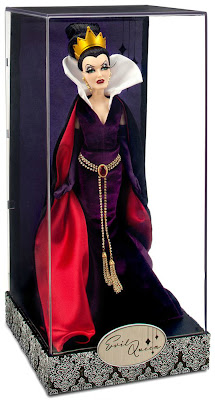 The dolls have not yet been issued on an individual basis, but the released dates are now known. Maleficent will be the first, in stores September 10th and online on the 11th. The Evil Queen follows suit the next week, September 17th and 18th.

This schedule banner was posted on the Disney Store website when the Villains webpage went live on August 20th... 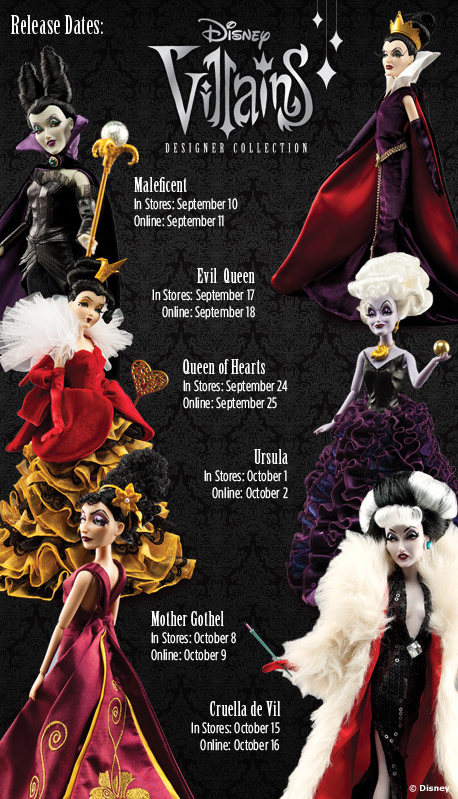 For those who wanted the full set, the US Disney Store offered a pre-order also on August 20th, but they sold out within about an hour of their release. Each customer was limited to one set per order. Retail price $477.00 (USD). The successful buyers will still have to wait, though. The dolls won't be shipped until October 15, 2012. Certificate of Authenticity included with each Villain.

A similar offer appeared on the UK Disney Store site and as of this writing, the dolls are still available!


The limited edition size for this full collection is listed at 350. Retail price £300.00 (GBP). UK guests are allowed 2 sets per order. In addition, a Villains gift bag is included with each doll. (These bags will be available free in September to US customers but only those who purchase their dolls individually.) 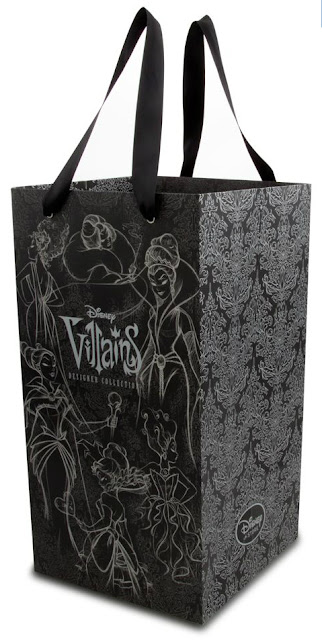 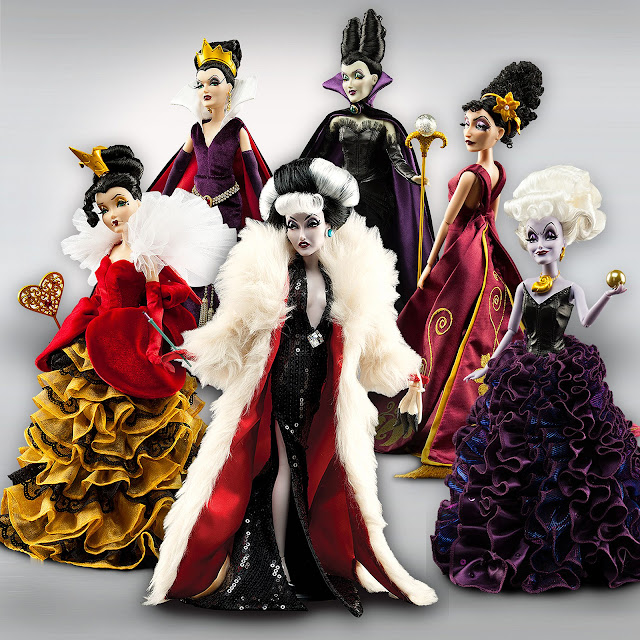 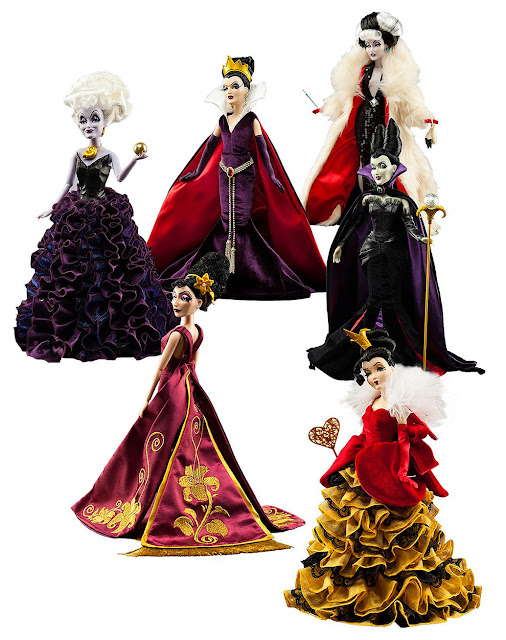 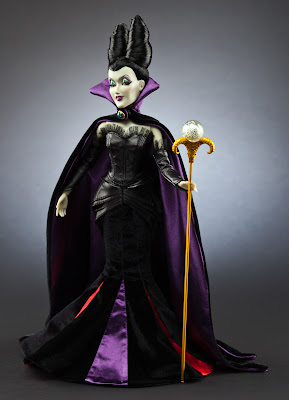 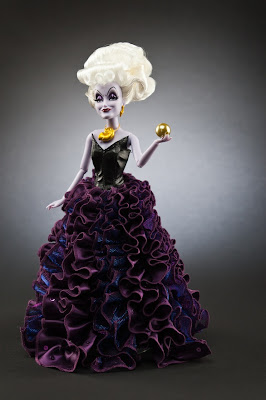 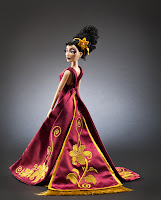 And that's a wrap for this series of posts on the 2012 Disney Villains Designer Collection.
Posted by Snow White Archive at 12:01 AM