This Seven Dwarfs poster was recently sold online by Matt of Vintage Disney Alice in Wonderland. He was thinning down his collection and listed a few cool items on ebay. I took a shot at it but was outbid in the end.

The poster dates from the 1993 US theatrical release of the film. Measures approximately 4' x 6'. Here's what Matt had to say about it...


These were strictly issued for display in bus shelters. They are made of a very thick coated paper that is weather resistant. The image may have been used on other promotional material, but this specific poster style and size only appeared in shelters.

I got mine in LA in 1993, I had a friend who worked for the maintenance company that services the shelters in Los Angeles County, and he would get posters for me when they were switched out. 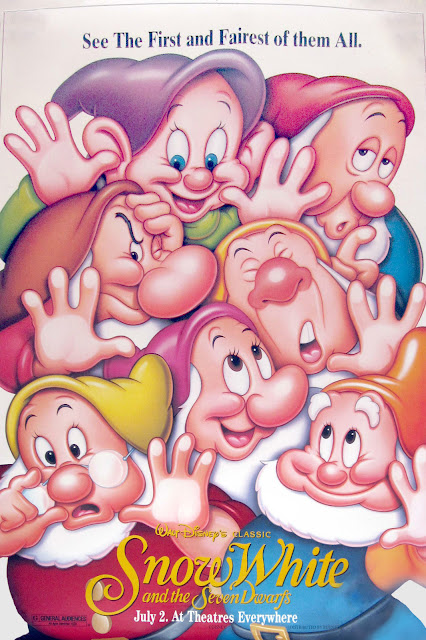 In this second example, the poster is identical to the one above except for the slightly lower placement of the text along the bottom. 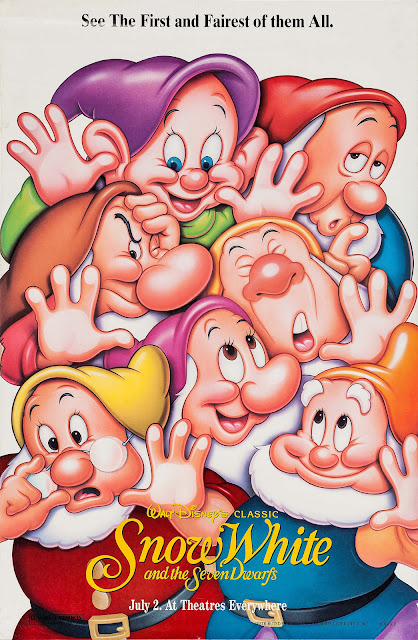 This same Dwarf illustration reappeared in 2001 on one of the DVD home video Gift-With-Purchase pins.
Posted by Snow White Archive at 12:01 AM