The crown jewels of artist Steve Thompson's 2011 Disney Princess Designer Collection were the ten high-fashion collector dolls. The Disney marketing plan was to release a new limited edition doll every Monday, starting with Cinderella on August 22nd of last year. Retail price was $59.50 (USD) each, limit two per customer. Edition sizes varied depending on the princess.

Demand was high and dolls sold out quickly. Cinderella was followed by Ariel, Belle and Mulan. Then on September 19th, the Snow White doll was announced and all hell broke loose.

It was released both in Disney Stores and online. The traffic load on the Snow White doll page was so high that the site came unglued. Customers who thought they'd successfully purchased their princess were later informed of the bad news.


Due to the overwhelming demand for the Disney Princess Designer Doll Collection, DisneyStore.com experienced a system malfunction and the limited edition Snow White doll was oversold. We sincerely apologize for the inconvenience, and recognize that this did not meet the high quality guest service that our Guests have come to expect from Disney Store. To ensure a Magical guest experience in the future, we have delayed the release of the next Designer Doll, as we reevaluate our process to ensure that all guests have a fair opportunity to purchase these highly coveted dolls. -Jim Fielding, President of Disney Stores Worldwide (Posted by Sarah Quon, Official Disney Store Blogger, September 19, 2011 1:00 PM.)


Yikes! People were pissed as many came away from the experience empty-handed.

Here's a look at the doll that created all the commotion. Snow White wears a "halter style dress with shirred bust and blue rhinestone detailing on bodice" with full skirt and flowing cape. Stands 11.5" tall. Limited edition of 6000. Made of plastic/polyester. 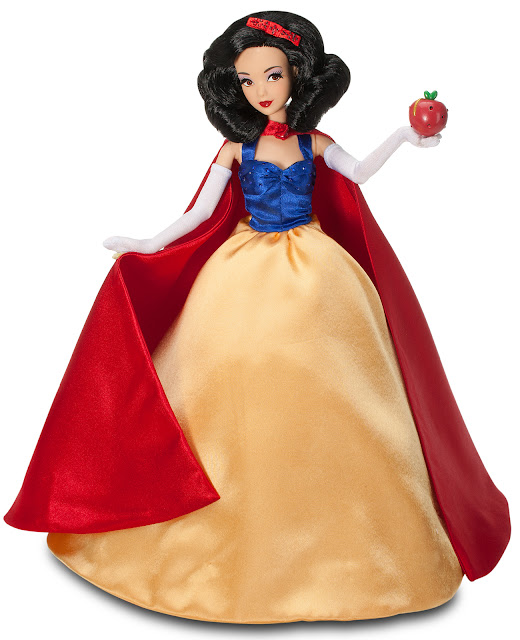 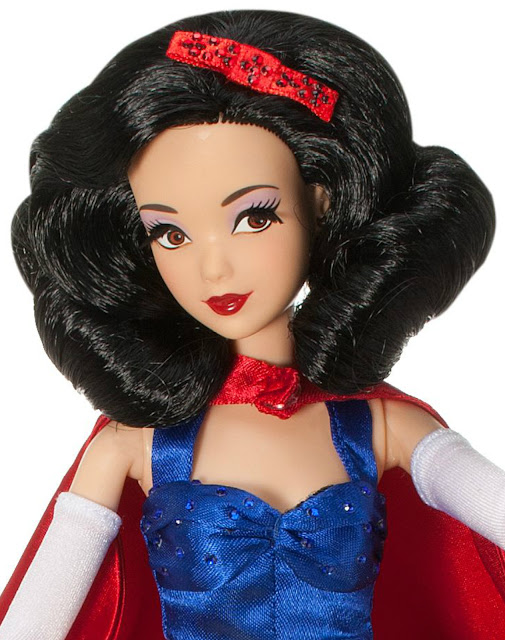 Accented with white gloves and an apple-shaped rhinestone-studded clutch. 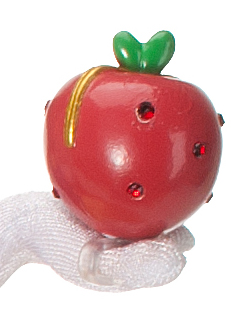 Sold in a "keepsake" display case with slipcover. 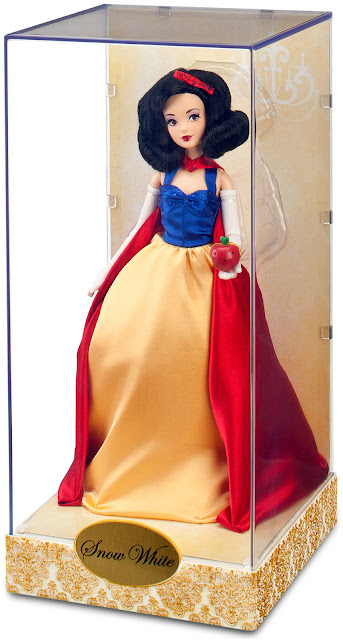 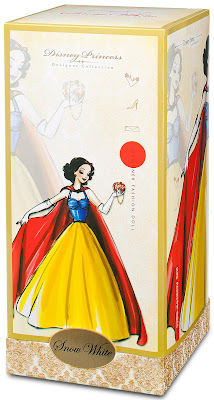 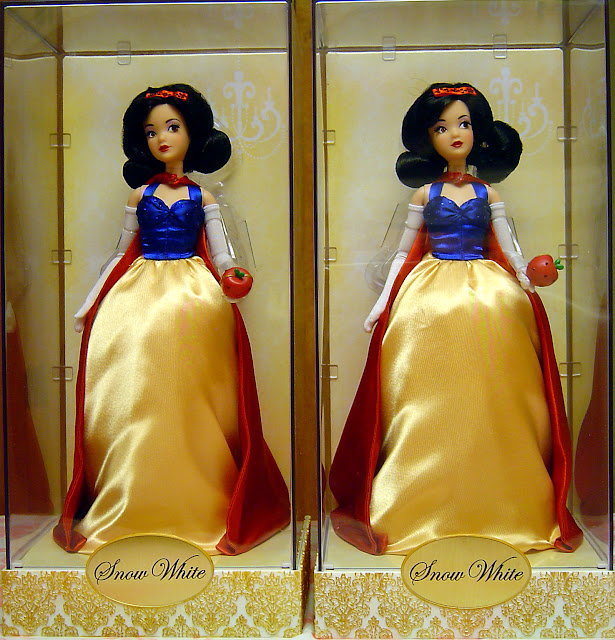 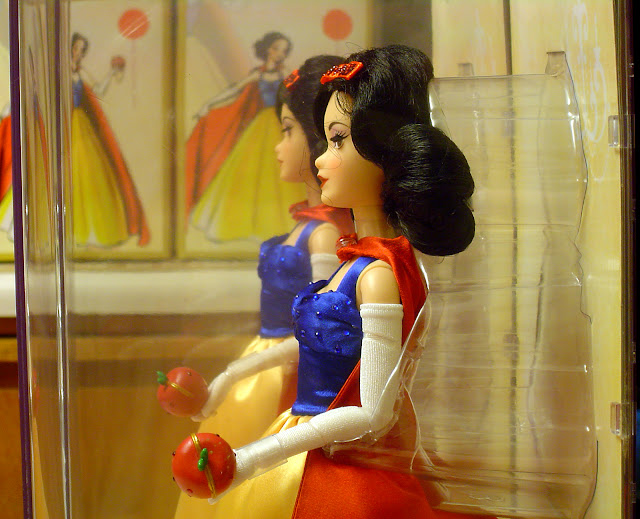 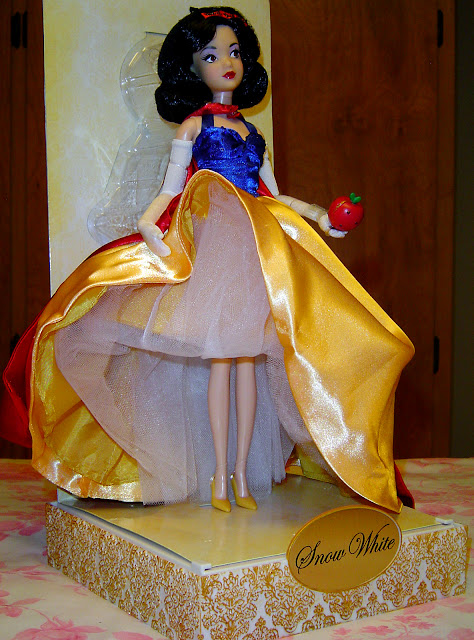 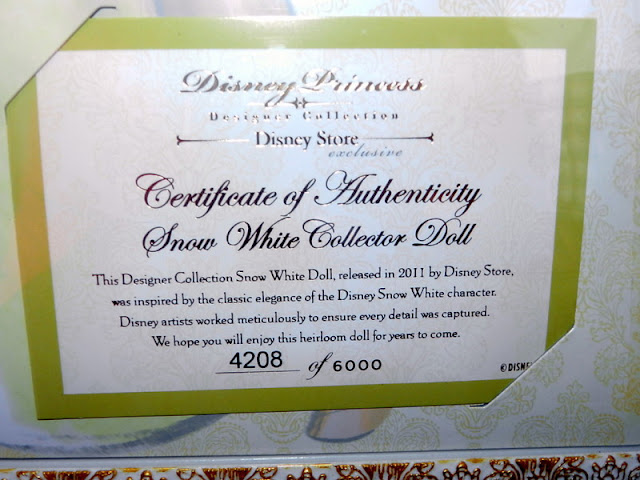 Video review of the Snow White doll (in Portuguese)...


Many customers at the "brick-n-mortar" Disney Stores walked away disappointed too. Limited numbers of dolls were available and not everyone who waited in line would get one. But for those who did, they may also have picked up this Designer Collection gift bag. Made to fit the doll display case, it was never sold online or in store. Only those near the front of the line were given them, to carry their dolls home in. Features images of all 10 princesses, five to a side. 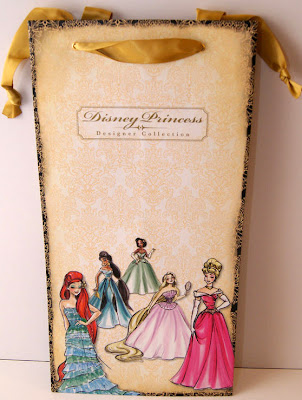 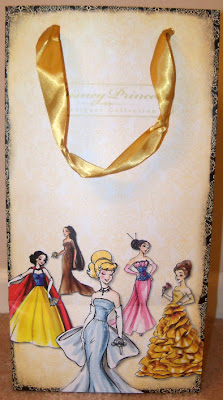 Once the dust had settled, the Disney Store tried to appease customers in regards to the remaining five dolls by posting a blog update. Here's an excerpt...

Quantities of these dolls are very limited, and we realize that not everyone will be able to get the doll of their choice even with a new process in place. Our aim is to increase the chances of as many of our Guests as possible to obtain the dolls that they are seeking. Therefore we have updated our release plans as follows:

We will now release for purchase all 5 remaining Disney Princess Designer Dolls: Tiana, Jasmine, Rapunzel, Sleeping Beauty and Pocahontas on one date in Stores on 10/17/11.

We will then have a Disneystore.com release of all 5 Disney Princess Designer Dolls: Tiana, Jasmine, Rapunzel, Sleeping Beauty and Pocahontas, the following day on 10/18/11.

We will be limiting the purchase to one doll per Princess, per Purchasing Guest. This limit applies both in-store and at Disneystore.com. NOTE: Purchasing Guests are Guests present at Store age 17 and older.

We will implement a line queue and ticketing procedure (first come, first served) in Stores on the release date and the dolls will be sold at store opening.

Guests that are not successful in obtaining the Princess Doll of their choice at the Stores will be able to try on 10/18/11 at Disneystore.com.


Now for a look at the entire collection. 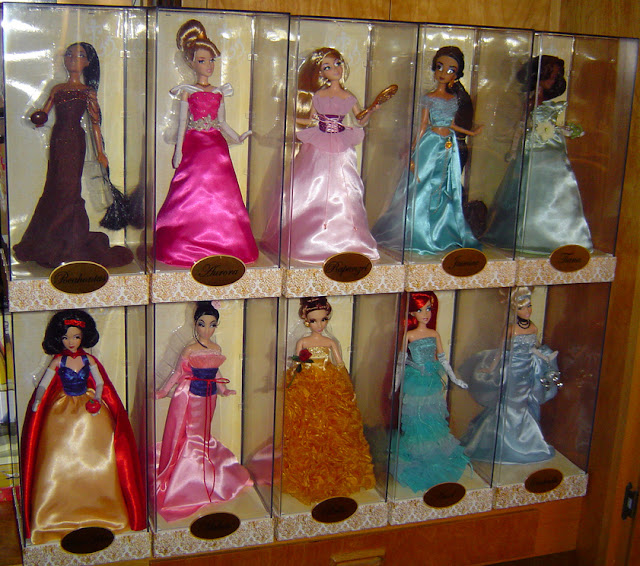 
A video showcase of the ten...

And this hilarious dollMAGEDDON documentation of what happened online when the last 5 dolls were released...

Posted by Snow White Archive at 12:02 AM