It was August 12, 2011, one year ago today that the Disney Store announced the Disney Princess Designer Collection...


Inspired by the fashion illustrations of the 1950’s and 1960’s...the idea...was to re-imagine the princesses in a way we’ve never done before, by giving them a high fashion edge while still capturing each princess’s classically unique look.


The collection featured the ten leading ladies from the films: Snow White and the Seven Dwarfs, Cinderella, Sleeping Beauty, Little Mermaid, Beauty and the Beast, Aladdin, Pocahontas, Mulan, Princess and the Frog, and Tangled.

Sticking with our Filmic Light theme, we will focus on the Snow White items...of which there are plenty.

A collection of 10 lithographs were also available but were limited to just 500 each. The complete set could be had as a Gift-With-Purchase (GWP) for those 2011 D23 Expo attendees who pre-ordered the entire Designer Doll collection (on August 19-21 at the Anaheim Convention Center). In addition, individual lithos were also offered as a GWP at select stores to customers who bought $50 or more of "Designer" items.

Designer Collection artist Steve Thompson participated in an artist-signing on September 8th, 2011 at the Times Square Disney Store. It was part of the Fashion’s Night Out promo event where select guests could preview all the new merchandise being released by the Disney Store. 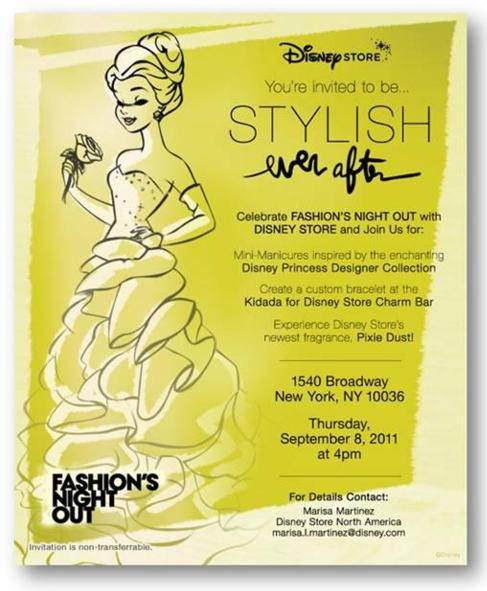 Steve is shown below signing lithos. Sitting atop the table is a Pocahontas and the very difficult-to-find Snow White lithograph. 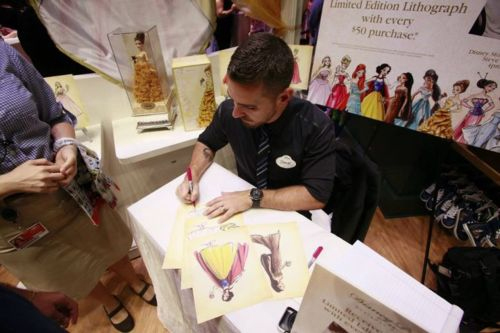 Sales were good for the Princess Designer Collection...really good, particularly the dolls. They all sold out soon after being issued. So it's not surprising that the Disney Store has announced the next wave for 2012, the Disney Villains Designer Collection. These new dolls are scheduled to be released "one per week, in stores on Mondays beginning September 10 and online on Tuesdays beginning September 11." More on this once they become available.