Snow White and the Butter Cow

The Iowa State Fair is a granddaddy of a state fair, and it's currently underway in Des Moines. Yes, you can ride a Ferris wheel, enter a pie contest, eat cotton candy, and pet a goat, but there's also a whole lot more to take in...including the Butter Cow.

Back in 1911, a tradition was started when artist John Karl Daniels sculpted a cow out of butter! From that time on, a new Butter Cow has been created for every Iowa State Fair since. Yet, the honor of fashioning this bovine icon has been granted to just a handful of others. In 2006, after 15 years of apprenticing with the previous artist, Sarah Pratt became only the Fair's fifth official butter sculptor.

Sarah Pratt and her Butter Cow... 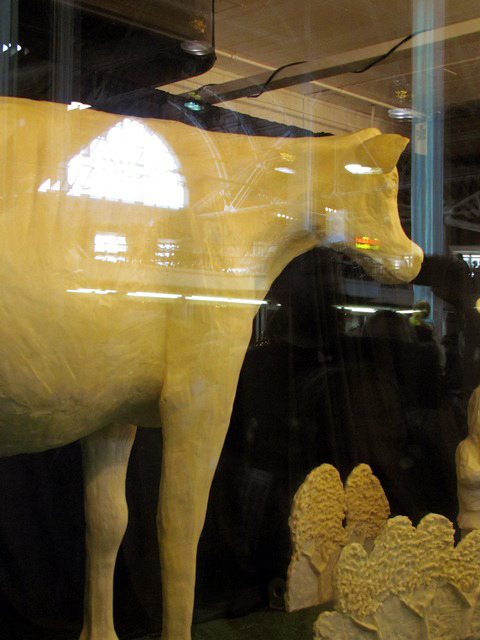 
You may be wondering why we're discussing state fair butter cows on the Snow White Archive. Bear with me. Over the years, a number of companion sculptures have also been created to accompany the display. These have included Elvis, the Peanuts Gang, and Harry Potter to name a few. This year, in celebration of the 75th anniversary of Walt Disney's animated classic, the Cow's cohorts are none other than Snow White and the Seven Dwarfs, as well as the Evil Queen.

That's right, you can see Snow and her bluebird as they've never been seen before--sculpted out of butter! 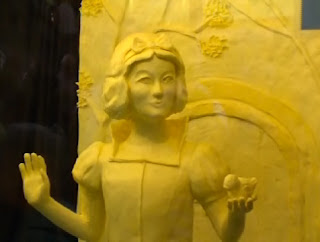 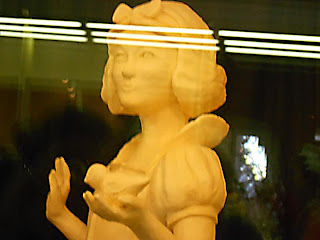 To keep from melting, the sculptures are kept inside the Fair's Agriculture Building coolers. The Evil Queen shares a rotating display opposite Snow White. 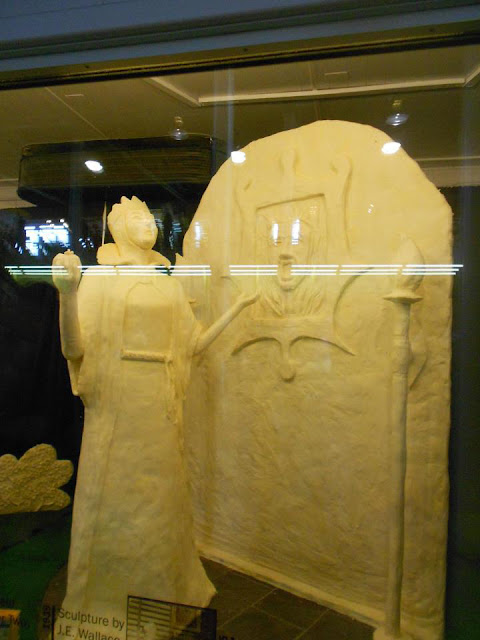 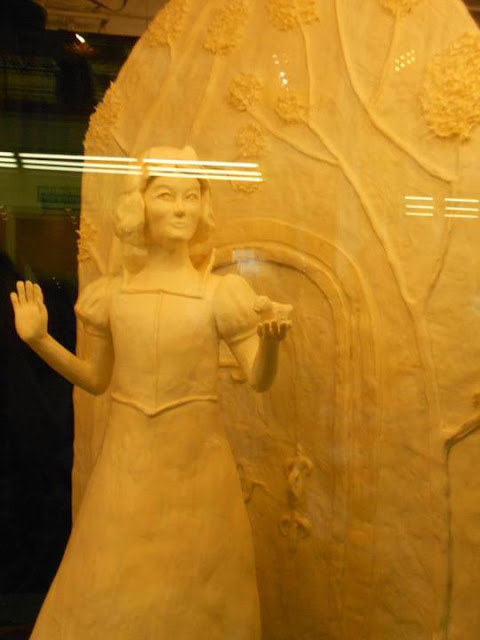 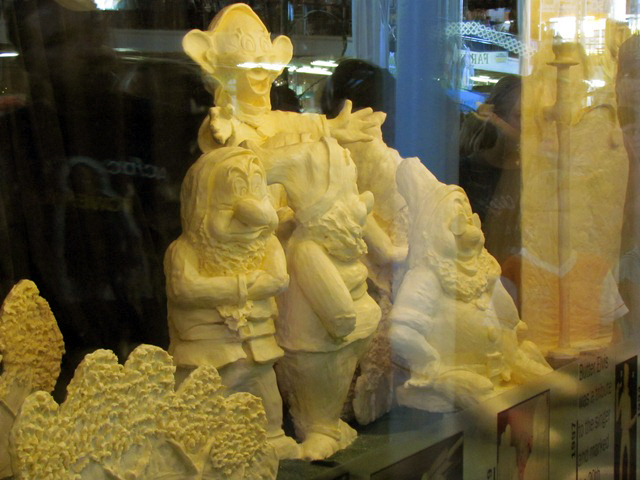 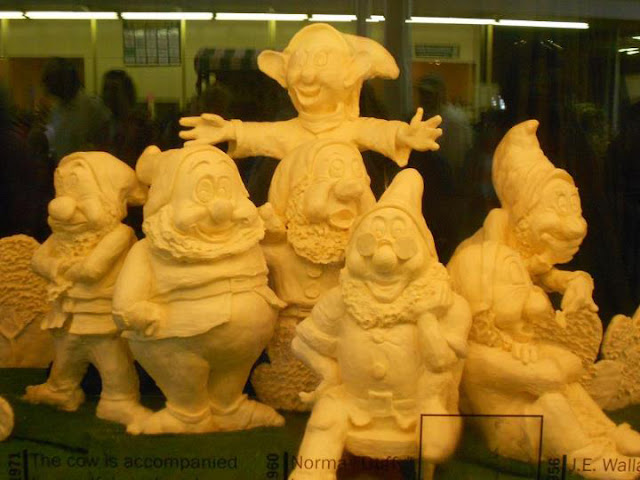 
The sculptures are built around a frame of wood, metal, wire and steel mesh. The low moisture, pure cream butter is applied inside a 40 ℉ cooler. The layers are built up until the figures materialize. The Cow measures about 5.5' high x 8' long and requires around 600-lbs. of butter to complete. After the conclusion of the Fair, most of the butter is recycled and reused the next year. 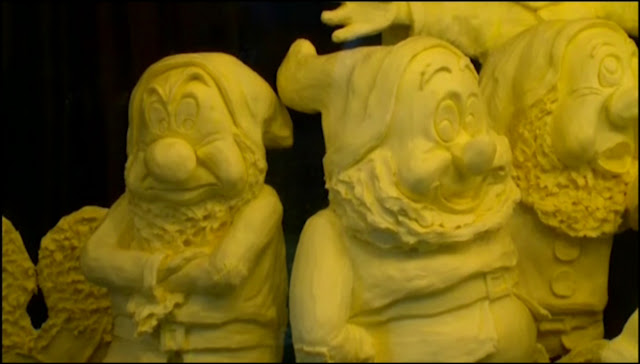 Also see an earlier post with Snow White sculptures made from sand.
Posted by Snow White Archive at 12:01 AM