The Walt Disney Classics Collection just recently announced their "Fall Introductions" of porcelain figurines which includes a Snow White and Prince sculpt entitled Fairytale Ending. Commemorating the 75th anniversary of the film, this 9.5" tall piece will be a limited edition of just 750. The Prince is plussed with pewter legs and sword. 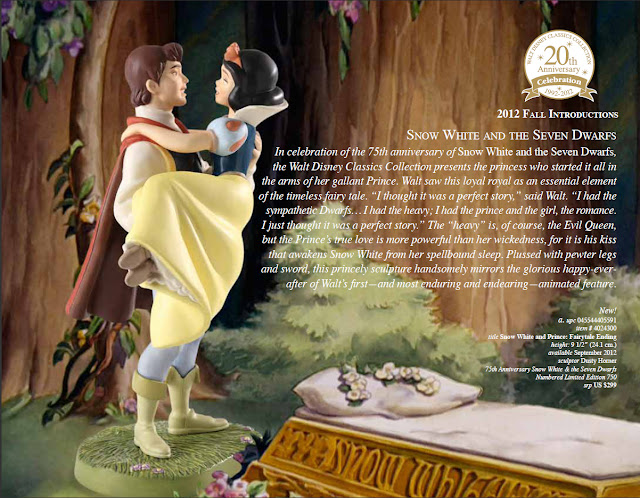 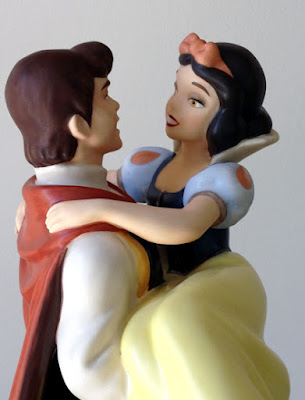 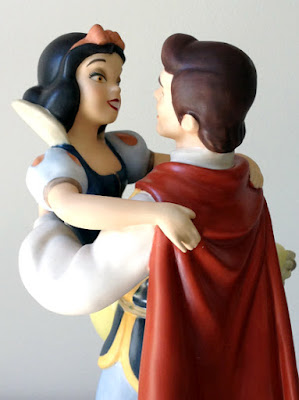 Additional images via the Duckman.

The figurines that would become the Walt Disney Classics Collection line were first introduced in 1992 by Schmid. Then for a while, the sculptures were taken over in-house by the Disney Company itself. In 2004, Enesco was entrusted with continuing the collection which reached its 20th Anniversary in 2012.

As it would happen, though, this Snow White figure would become the very last in the line of WDCC to be produced by Enesco. The reins were turned over to Precious Moments in 2013 to continue the tradition, but the initial feedback on what their producing has not been positive.
Posted by Snow White Archive at 12:01 AM