Several pins have been released recently in celebration of the 75th anniversary of the film. A jumbo pin was issued at both Disneyland and Walt Disney World on December 6th. A limited edition of just 500, it retailed for $49.95 (USD).

Snow and the Prince walk beside the Carthay Circle Theatre. Two hinged doors open to reveal silhouettes of the Dwarfs watching the title plate from the movie. 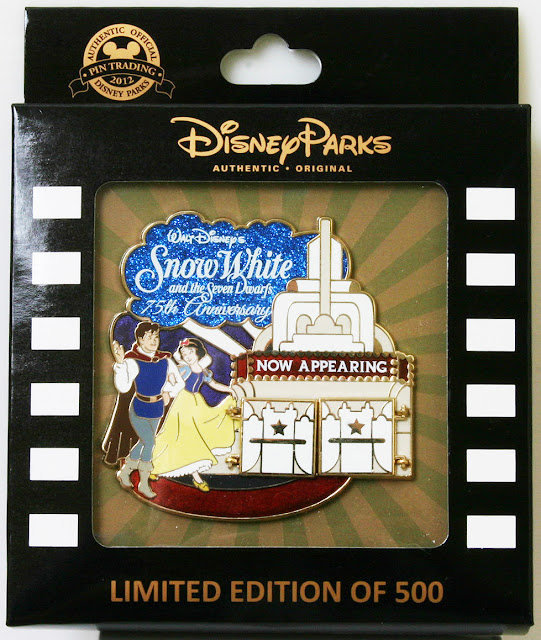 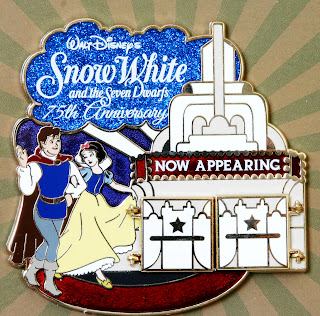 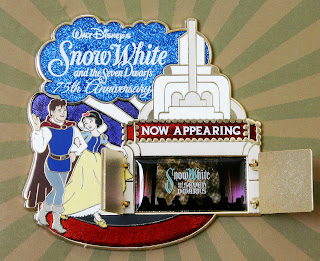 
Also released December 6th at both parks, a slightly more affordable pin features the Evil Queen with a spinning apple. Limited to 3000, retail price $13.95. The apple spins--film title on one side, Snow White on the other. Pin measures approximately 1.5" wide x 1.75" high. 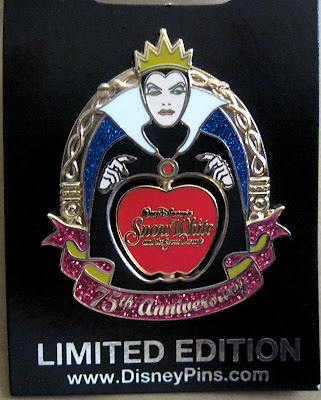 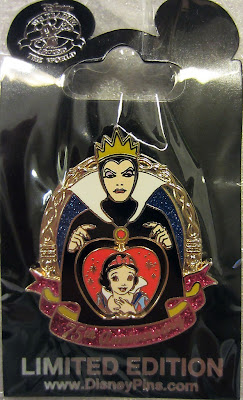 Two pins are pictured below to show the characters side-by-side. 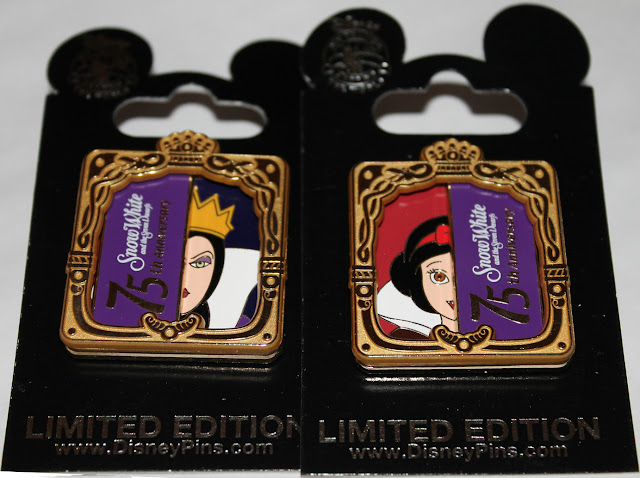 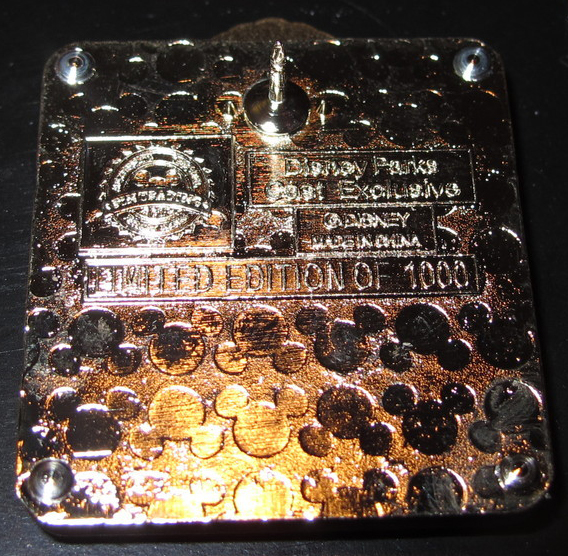 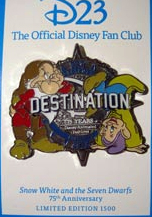 Back on October 15th, a limited edition pin of 1500 was issued exclusively  for attendees of Destination D: 75 Years of Disney Animated Features. The pins were originally meant to be sold at the D23 event on August 11-12, 2012, but they were unfortunately held up in customs. The pins were later made available via email.