A handsome example of vintage Snow White ephemera, this piece dates from the initial general release of the film. The 8" x 10" full color handbill is printed on paper, not card stock. Note that the character images are identical to most of those used on the RKO postcard sets (see previous post). 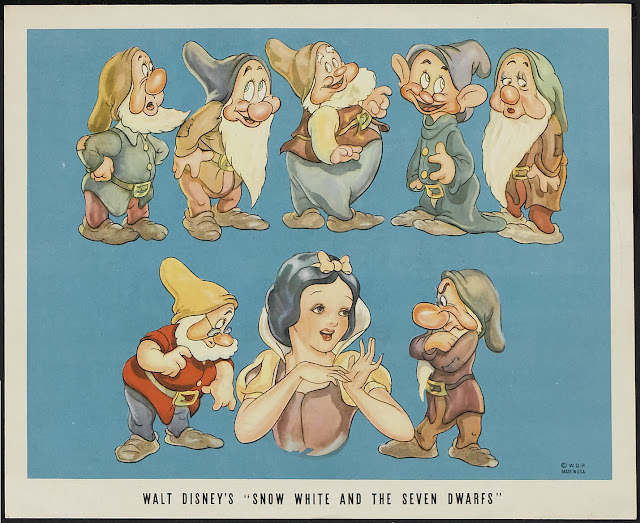 The opposite side was blank so information could be added about the local movie theatre and screening times. This particular example is from the "Interstate Palace" in Rockville, CT. While thousands of these handbills were printed up and handed out for free, most were probably discarded, making those that are still with us a real treat for the Snow White enthusiast. 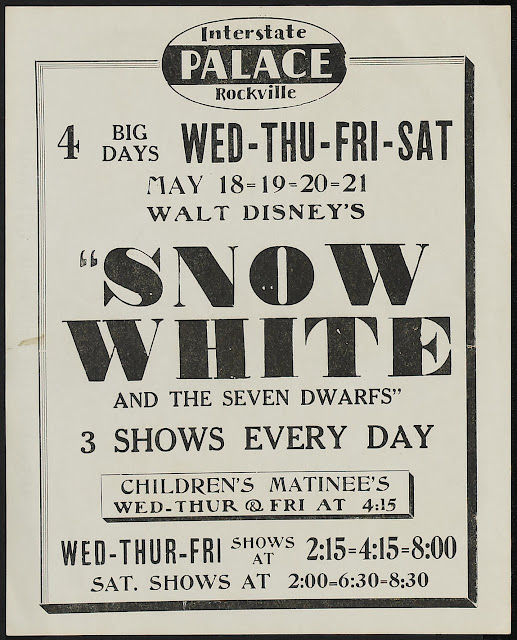 
From 2005-2012, Heritage Auctions has only featured three or four of these. The selling price ranged between $59-$150 each. Still, it does pop up now and again. I just came across this next one on ebay.

Instead of a movie theatre herald, it appears this was a dairy premium, compliments of Cabell's Ice Cream and Dairy Shops, Dallas. 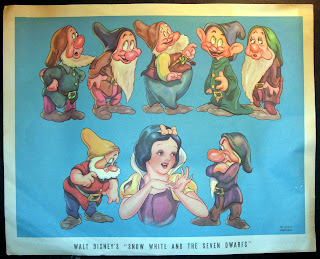 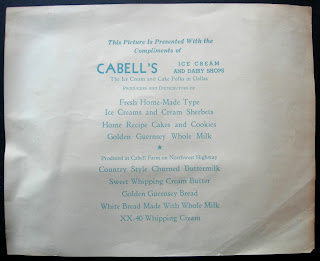 Images via cusil.
Posted by Snow White Archive at 12:01 AM