From 1934 to 1944, Good Housekeeping magazine carried regular monthly four-color full page condensed versions of upcoming Disney shorts. At first, it was just the Silly Symphonies, but when Mickey Mouse cartoons started appearing in color on the big screen, they began surfacing in the periodical too, alternating months with the Symphonies. The text was always written in verse except with those special issues that highlighted a feature film.

The vast majority of the artwork was drawn by Tom Wood (and later by Hank Porter). Although Tom did not contribute to the Snow White issues of Good Housekeeping, he is seen below working at his drawing board on a Seven Dwarfs sketch. 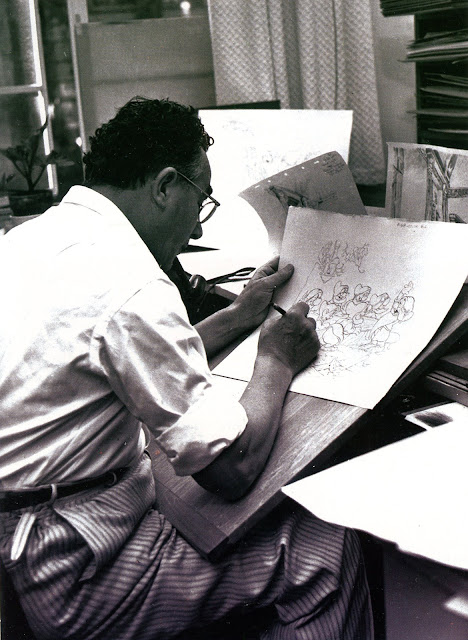 
When the Good Housekeeping deal was first struck on December 1, 1933, the periodical agreed to pay Disney $500 each month for the one-page spread. Around the end of 1936, a year before Snow White was released, Kay Kamen negotiated an agreement with the magazine where they would pay $3000 to Disney to run a two-issue serialization of the story prior to the movie's world premiere.

Dorothy Ann Blank (a member of the Disney story team for the film) was enlisted to re-tell the complete tale in prose. Gustaf Tenggren's Snow White concept art would be used as illustrations. The pieces were published in the November and December 1937 issues of Good Housekeeping. 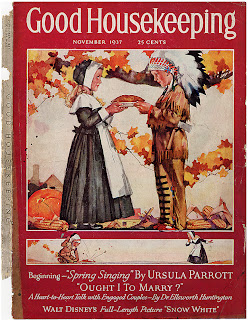 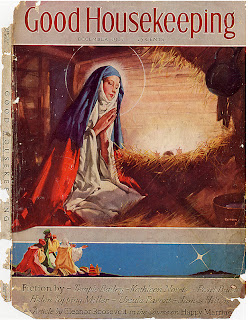 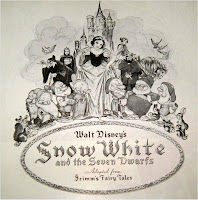 The November installment starts on page 35 and includes an image of the cast portrait. The entire story takes up four full pages plus sections of another six. Tenggren's color reproductions appear on two... 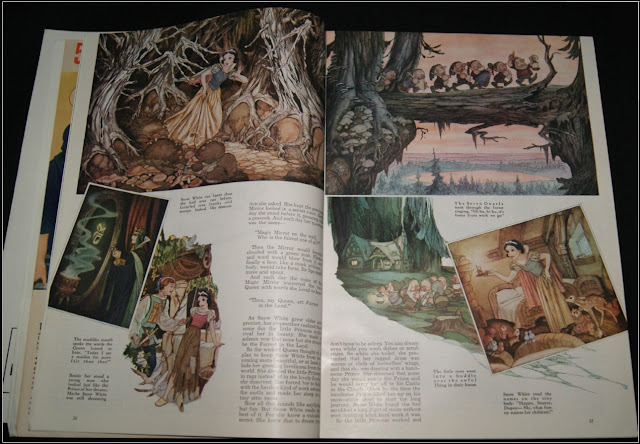 
A couple pages from the December issue... 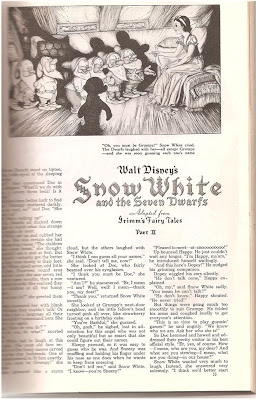 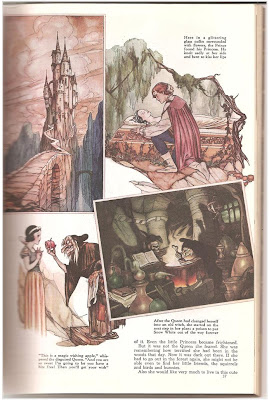 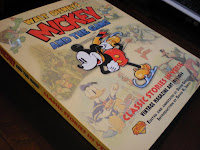 In 2005, Tenggren's artwork and Blank's two-part story were published, along with all the other Good Housekeeping segments, in a 360-page coffee table book entitled Walt Disney's Mickey and the Gang. (Gemstone, ISBN: 1888472065). Original price $29.99 (USD). It's still available from booksellers, both new and used.


The Snow White serial as reproduced in Mickey and the Gang, pages 140-153. 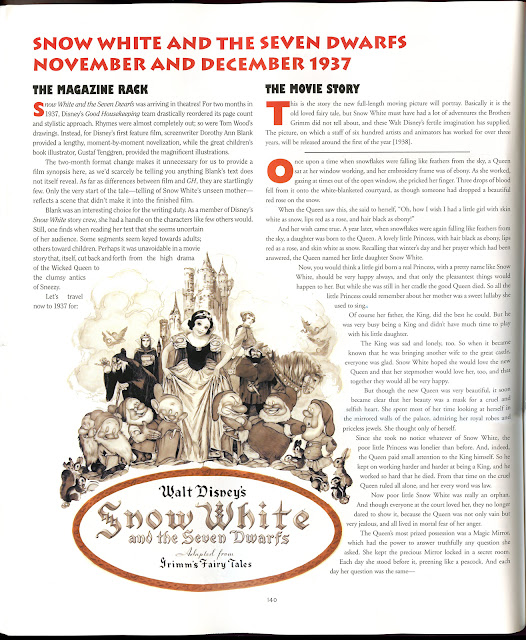 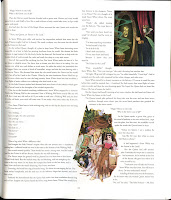 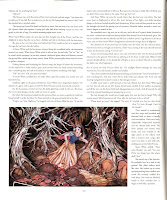 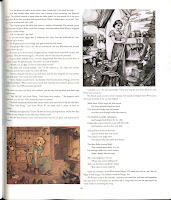 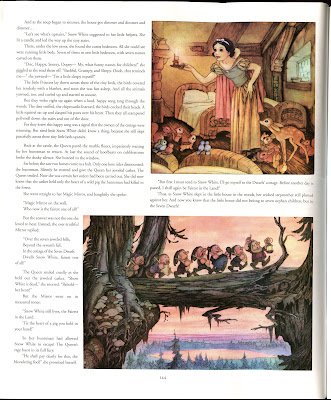 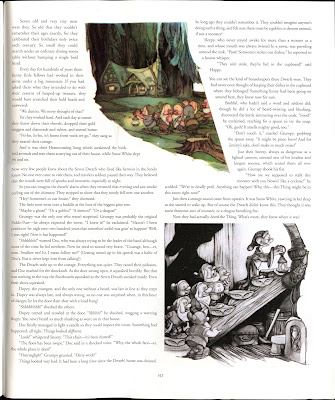 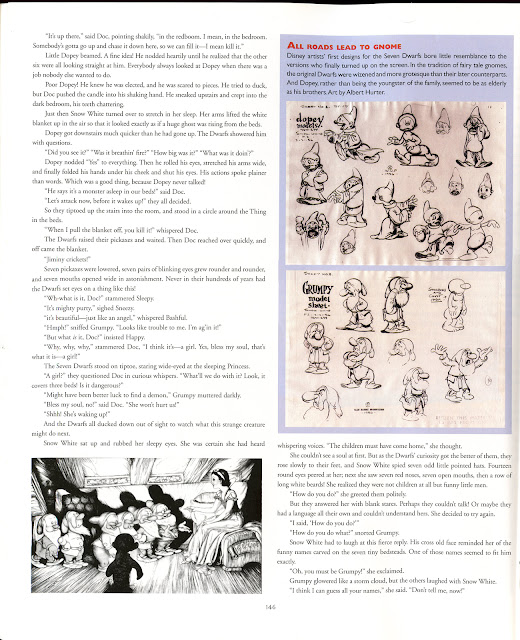 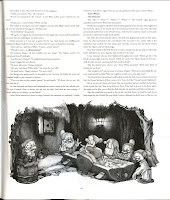 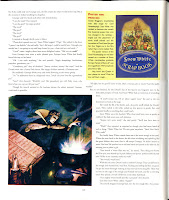 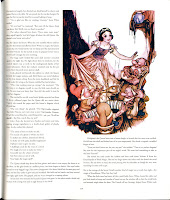 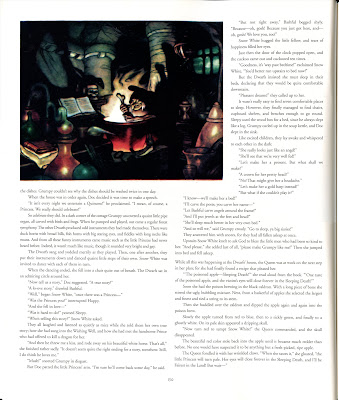 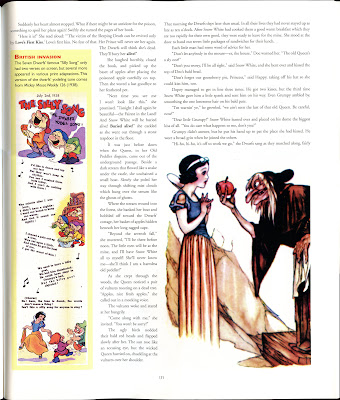 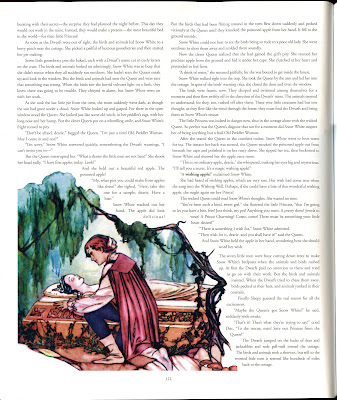 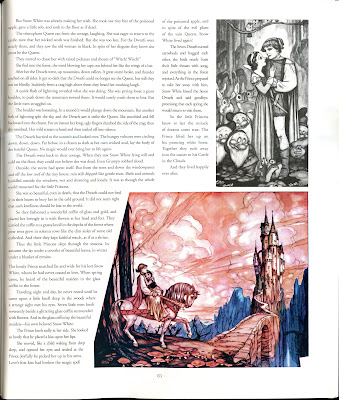