It's been a long time coming, yet here we are, just one night before the 1937 World Premiere of Snow White and the Seven Dwarfs. The film's taken over three all-consuming years to complete; hundreds of dedicated artists, actors and technicians; and beaucoup bucks. For the time period, it was an astronomical amount--one million four hundred eighty eight thousand four hundred twenty two dollars and seventy four cents--to be exact. But the waiting is nearly over.

Tonight, with less then 24 hours to go, Walt Disney will make an appearance on Cecil B. DeMille's Lux Radio Theater. The performance is The Song of Songs and at its conclusion, a young, nervous Walt will step to the mic alongside DeMille. The topic on everyone's mind is of course Snow White.

Learn more about this evening and the Marlene Dietrich and Douglas Fairbanks Jr. radio performance in an earlier post.


Don't give up. Keep moving forward! 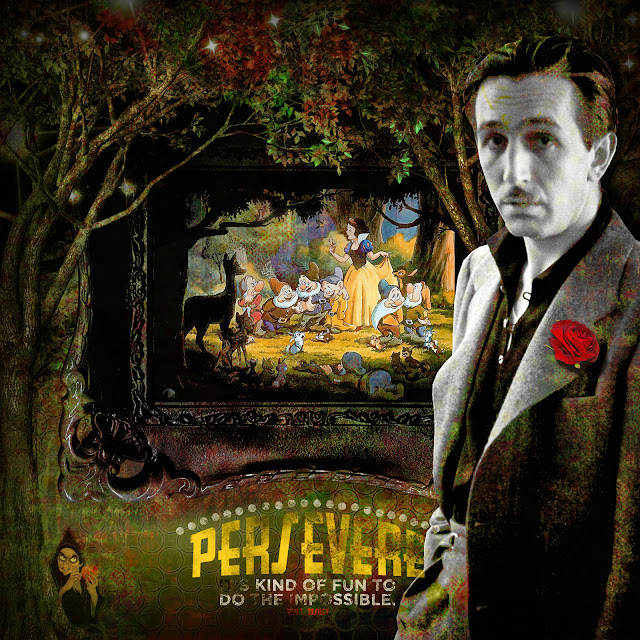 This Persevere art journal piece was created by Heather Sullivan in Photoshop, using Tangie Baxter digital scrap-booking materials along with other images.
Posted by Snow White Archive at 12:01 AM