In August 2011, Hake's had up for auction the original 1937 Snow White program from the premiere. It was only their second time in 45 years of operation that they've come across it. A rare item indeed. The front cover features a die-cut opening around the full color "cast portrait" artwork. 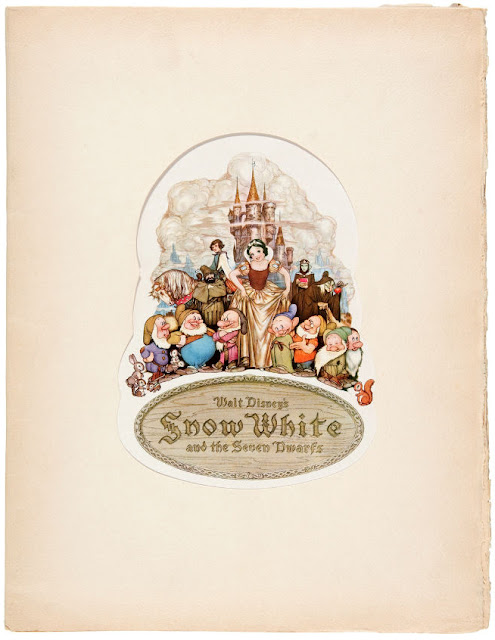 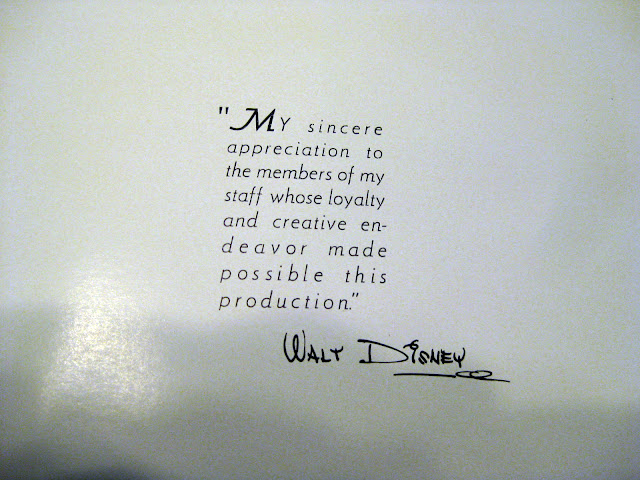 It contains information on the film, a listing of Walt Disney's Awards, and advertisements from that era. 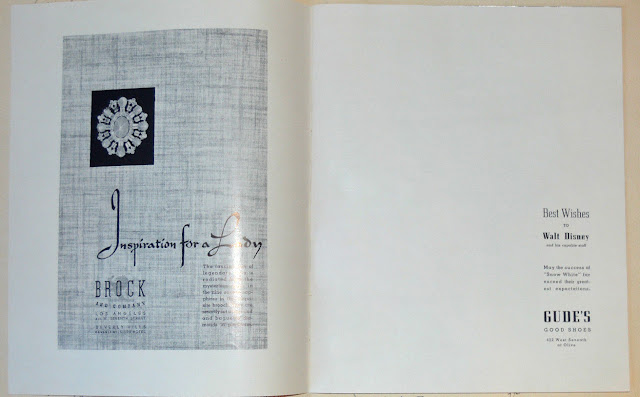 The Snow White charm bracelets by Cartier, original price $100 each. 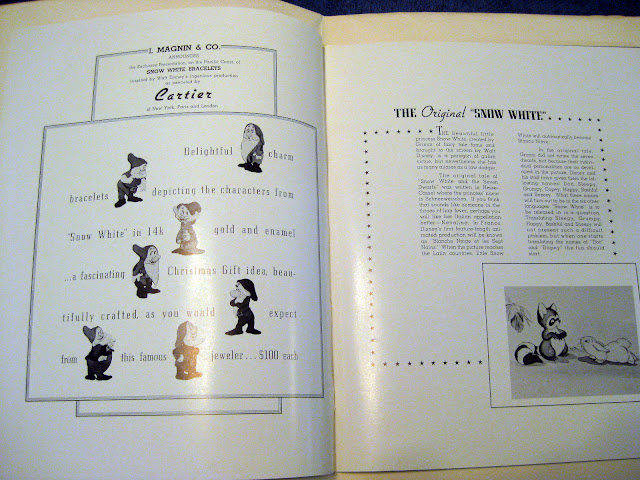 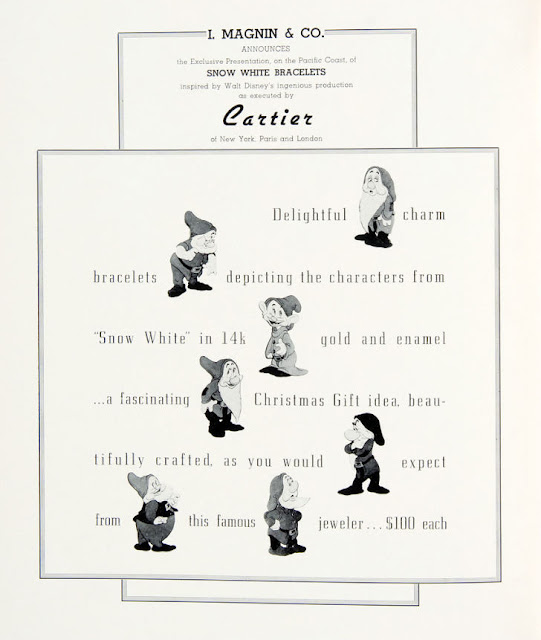 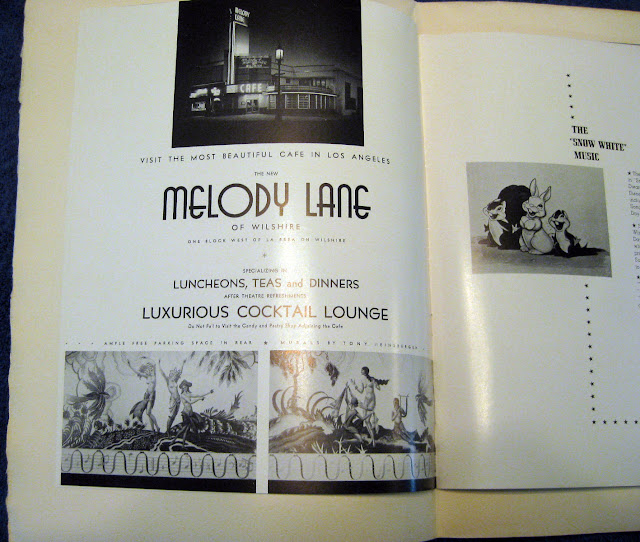 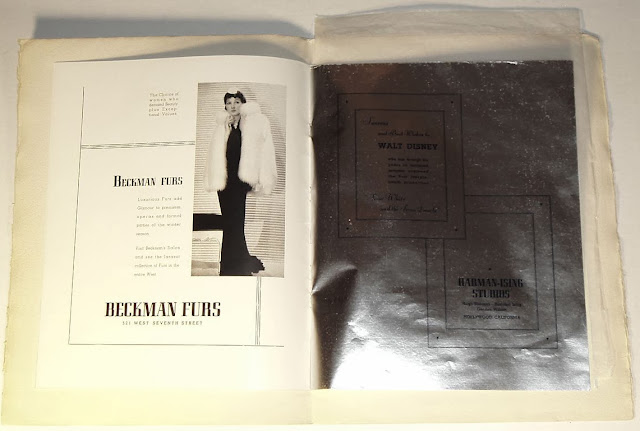 The "World Premiere" center insert is on a special four-page bright silver foil paper with blue text. Note that none of the voice actors are credited. Walt Disney did not want to identify them because he felt it would "heighten the audiences' acceptance of the voice as part of a character" if the actors were not associated with the roles they portrayed. 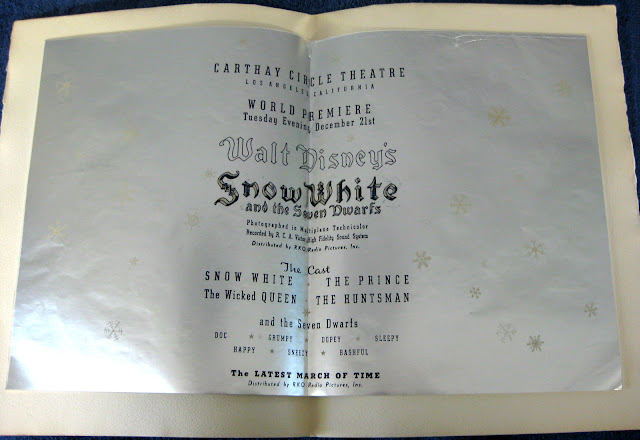 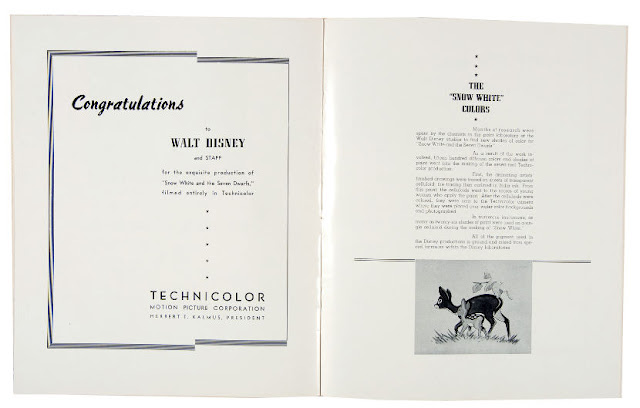 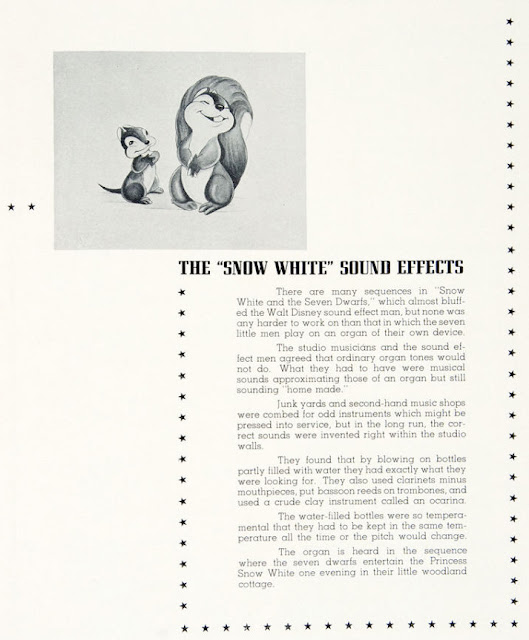 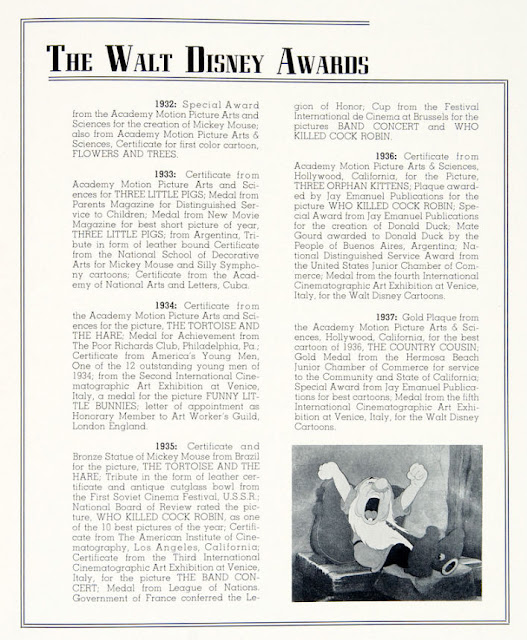 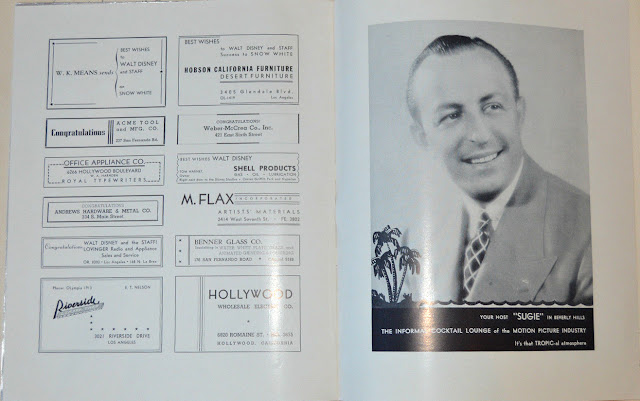