A collection of Snow White postcards was produced by RKO Radio Films during the international run of the movie back in the late 1930s. The series was issued in English, French, German, Czech, Polish and probably more languages. This first set appears in French and was printed in Brussels by the publisher A. Beirnaerdt. The character image is accompanied by a related text poem (except for the Snow White card). 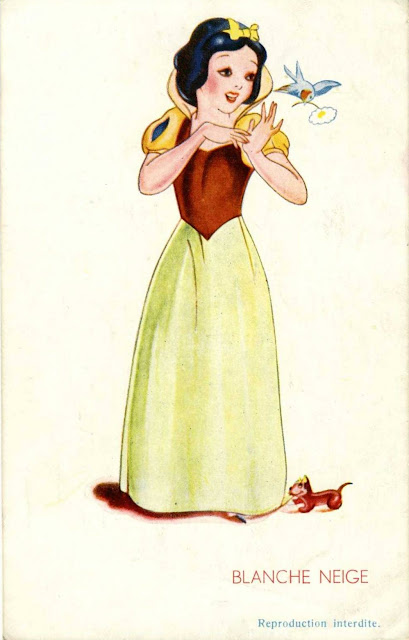 Card back side with RKO logo. 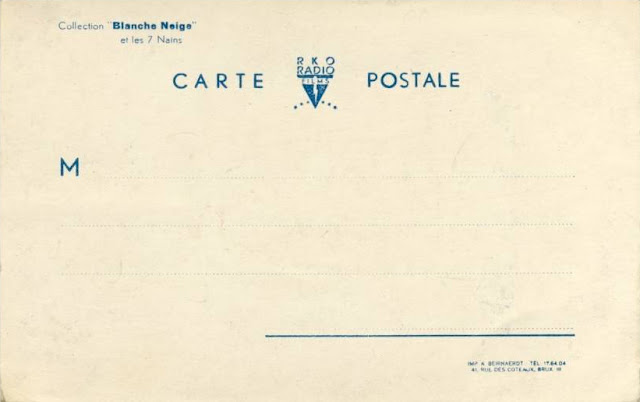 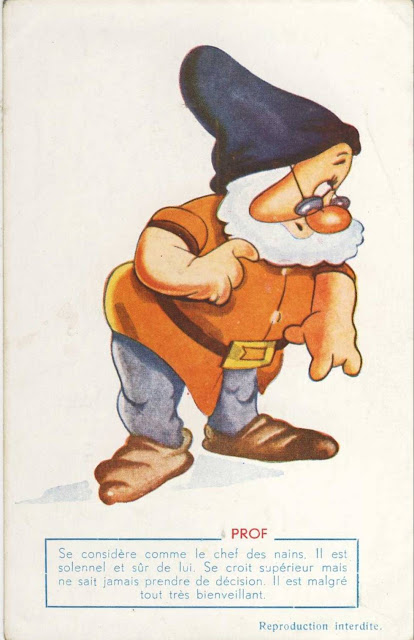 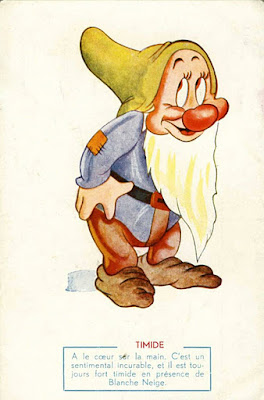 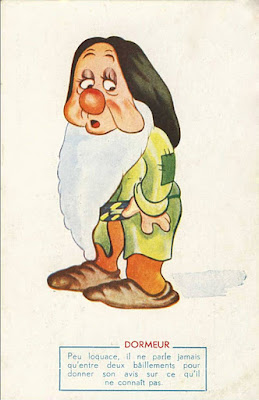 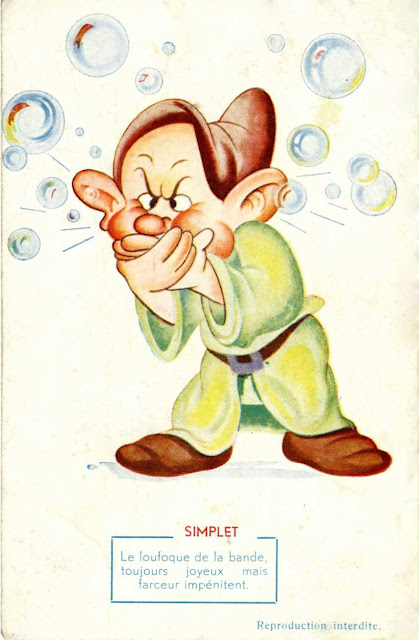 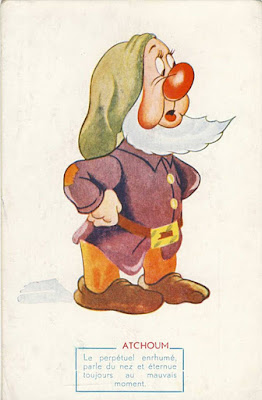 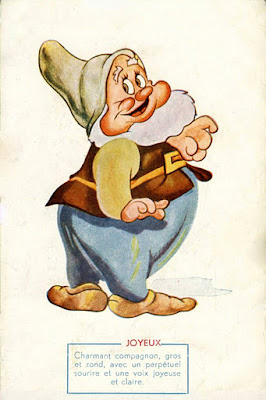 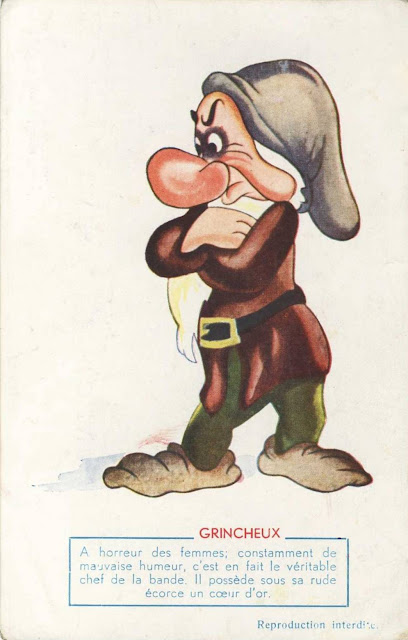 
Here's the same series but printed in the Czech language and published in Prague. It's fairly certain these date from 1938 because by the following year, Czechoslovakia was occupied by the Nazis. 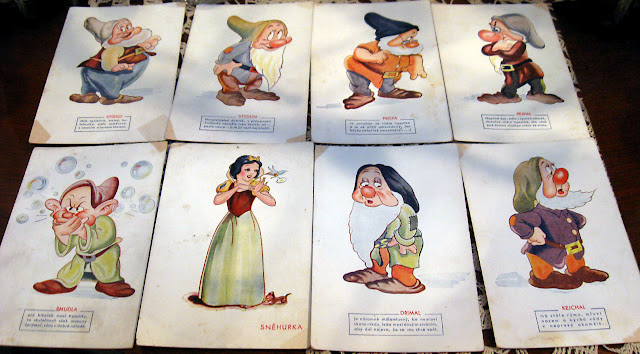 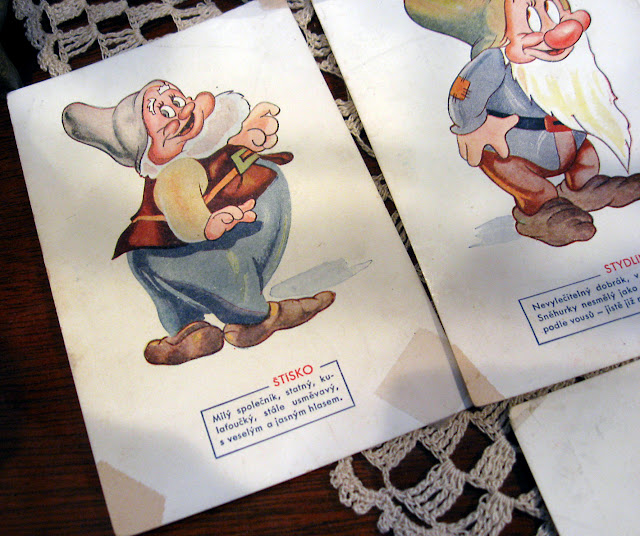 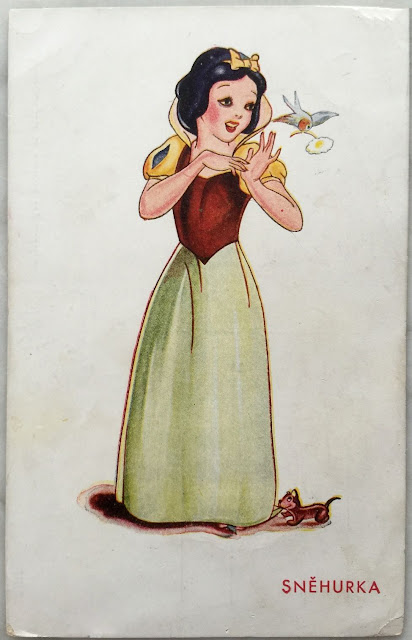 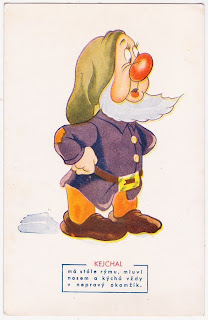 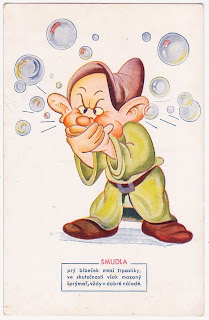 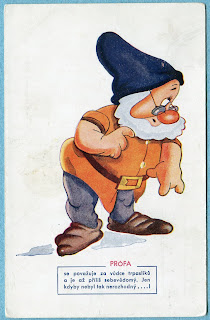 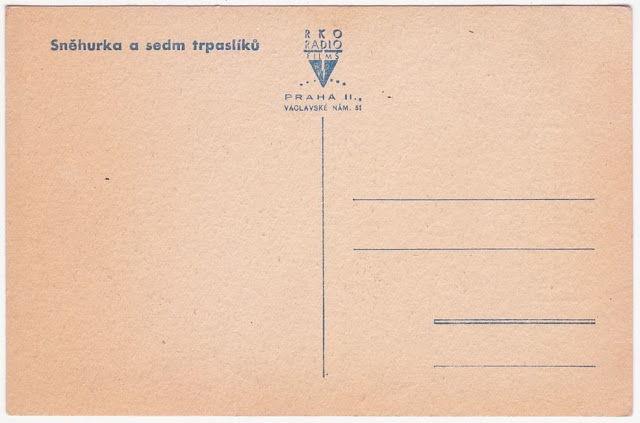 
This next set employs the same artwork (with different color shading) for all the Dwarfs except Dopey. And Snow White appears with the Prince from a Gustaf Tenggren drawing. Copyright "W.D.P."; text in English. Each card measures 3.5" x 5.5". 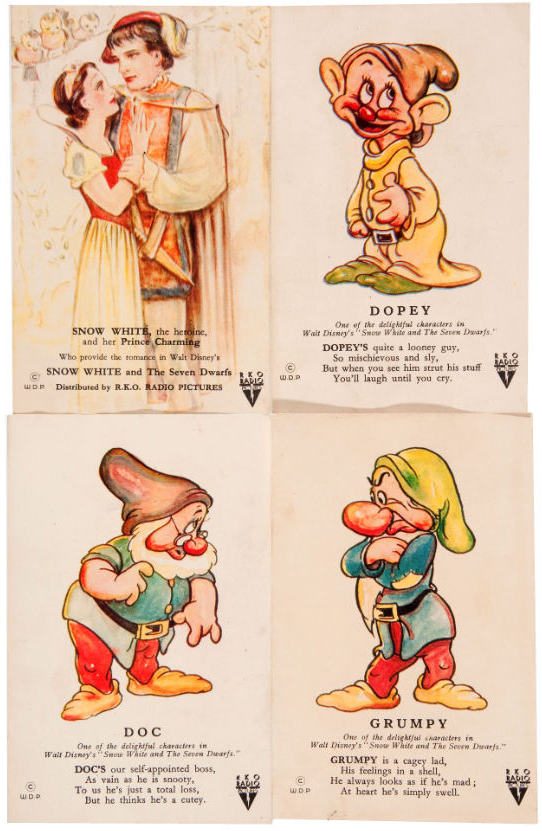 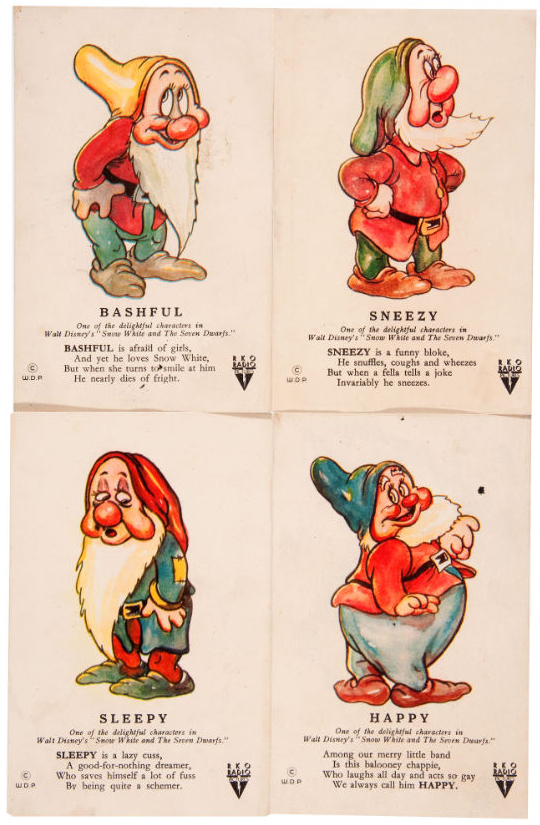