These handmade string puppets of the Witch and Evil Queen are located in the lobby of the Disneyland Hotel at the Disneyland Resort in Paris. Having not yet had the opportunity myself of visiting this theme park, I first learned about these fantastic marionettes when I came upon this image by British photographer Disney Dan. 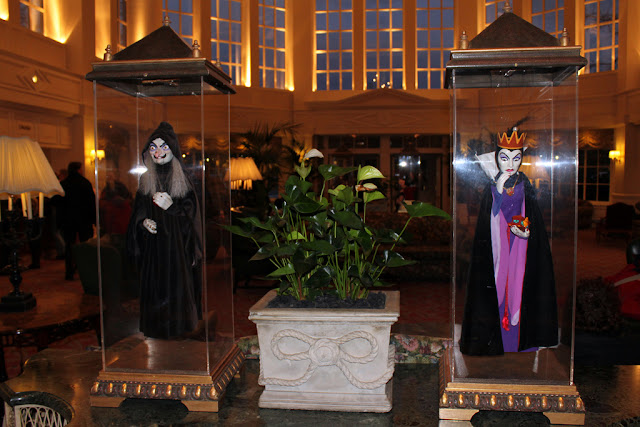 Witch and Queen photo shot February 2010. Courtesy of Disney Dan. Use with permission.

Bob Baker, the artistic mastermind behind these marionettes, was born in 1924, and at the age of only eight, he'd already learned the art of puppetry. By the time he was attending high school in Hollywood, his own fabricated marionettes were being sold to customers in both North America and Europe.

In 1937, he worked at Robinson Department Stores in Los Angeles creating window displays and helping to develop a puppet play for the holidays. That show turned out to be Snow White and the Seven Dwarfs. A big fan of Disney, Bob developed other puppets shows over the next few years including one with Dumbo that Walt Disney himself attended. Read the account by Jim Korkis at Mouse Planet.

By 1944, Bob had started his own garage puppet factory. In the 50s, he was putting on puppet shows for his own TV program called The Adventures of Bobo. He then went on to work with Walt Disney to create window displays for the opening of Disneyland.

The Los Angles based Bob Baker Marionette Theatre officially opened in 1962 and is still going to this day. It currently has an inventory of over 3,000 puppets. With shows almost daily, it is the longest running puppet theater in America. 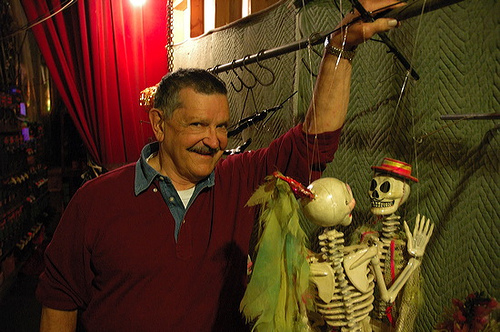 
Bob has a long list of credits where his puppet work has appeared in both television and film. He even created the Quinto puppet who sang (voiced by Mel Blanc) to Carol Heiss in Snow White and the Three Stooges (reviewed by Kurt Raymond in an earlier post). Since the early 1970s, Baker has been the only officially licensed creator of Disney marionettes. His limited edition of Pinocchio is patterned after the original puppet that was used in the creation of the film. After the movie was completed, Bob was given the head which he used as a guide to create this special edition for Master Replicas. 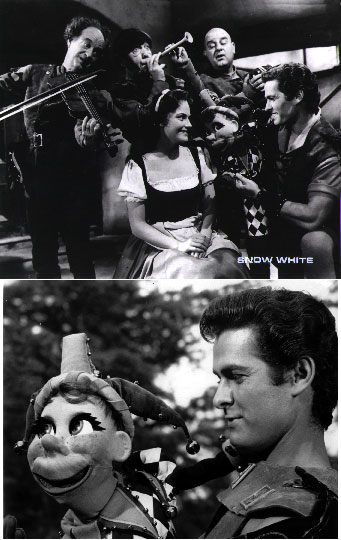 
This brings us back to the Witch and Queen marionettes on display at the Paris Disneyland Hotel. Created by Bob, each is a limited edition of only 500. The Queen wears a crown on her head and a medallion around her neck. In her left hand sits the ill-boding heart box. The Witch clutches the poison apple in her left hand and sports a broad yet sinister grin. Both measure approximately 28" in length, the Witch slightly shorter. 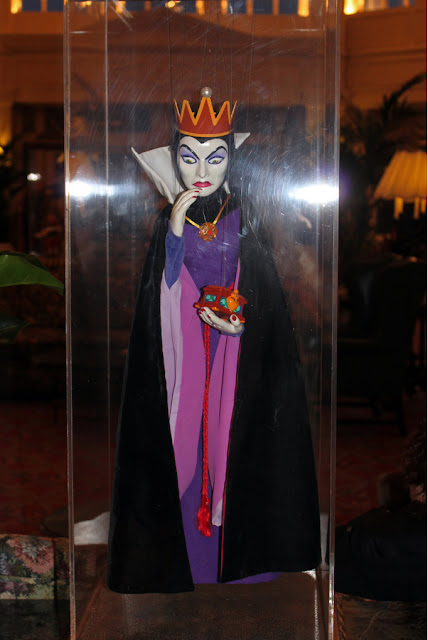 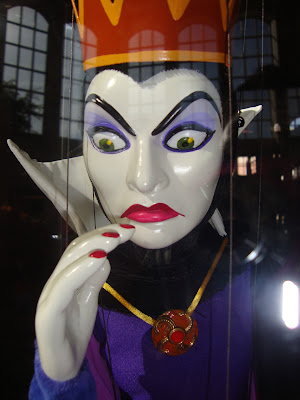 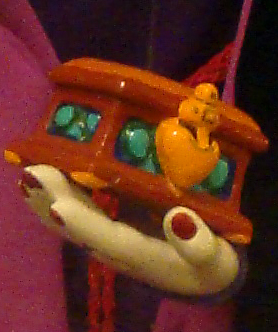 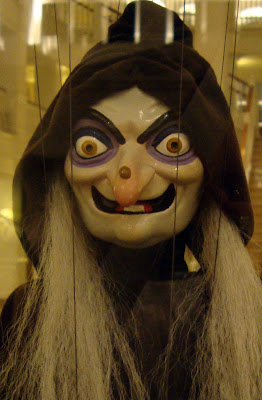 Both puppets have long since sold out, but if you're lucky enough to find one from a reseller, it's likely to retail for well over $1500 (USD). These two marionettes have been on display at the Disneyland Hotel since it opened in 1992.


Here's a few other Snow White marionettes to come out of Bob's puppet workshop... 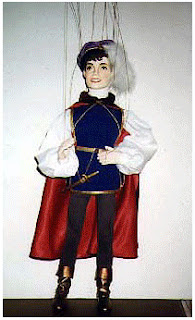 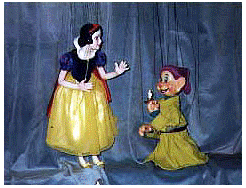 Read an interesting 2009 interview at suite101 where Bob shares stories from his days with Walt Disney and the animators.


Special acknowledgment goes to H.P. Hogenboom for his assistance with this post, to Disney Dan for use of his Witch/Queen photos, and especially to Disney Showcase Key for not only taking additional photos but also for tracking down the information about Bob Baker. 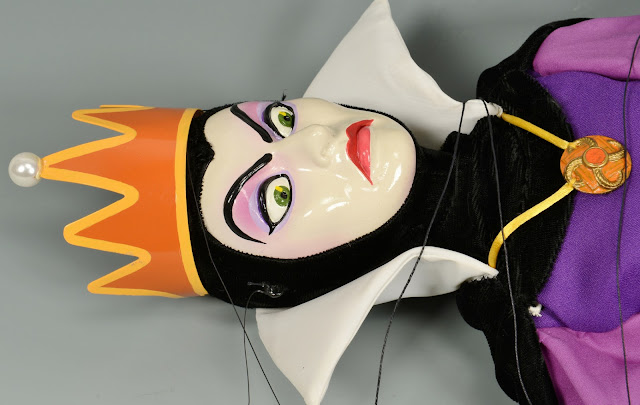 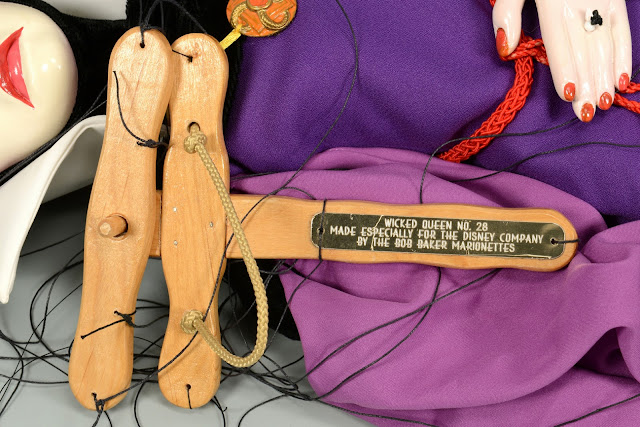 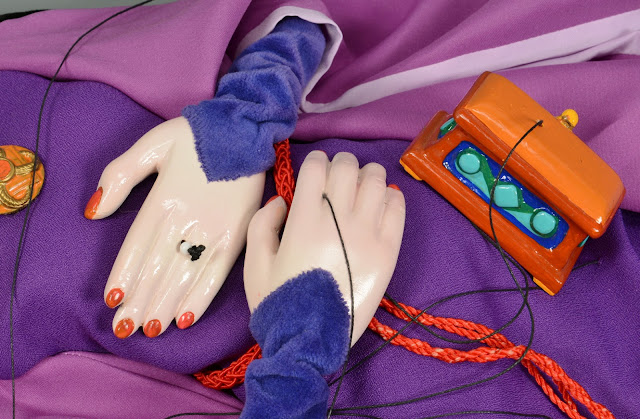 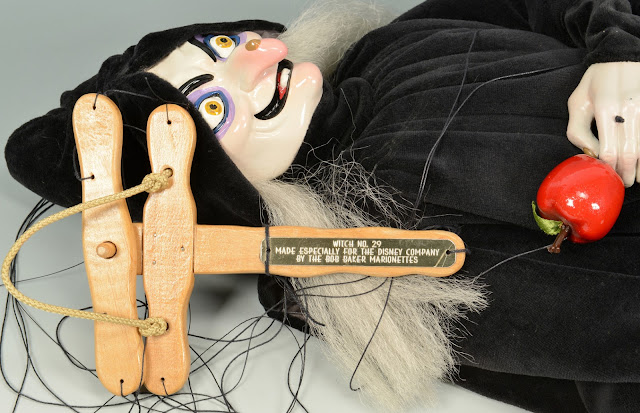 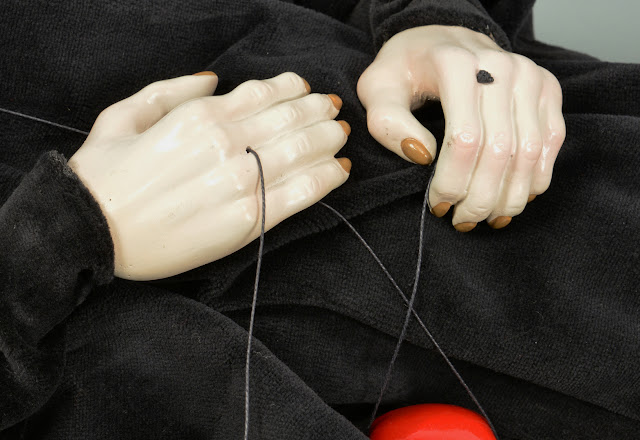 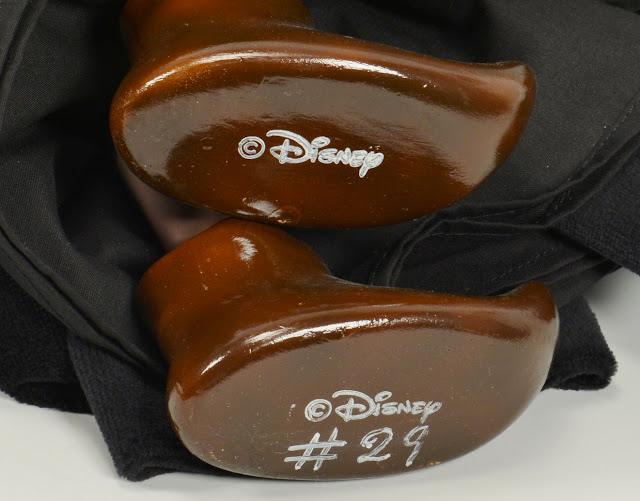 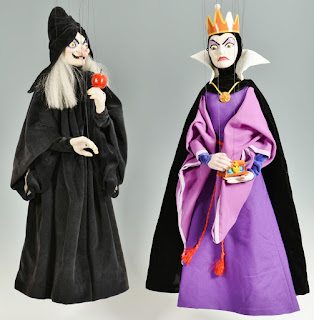 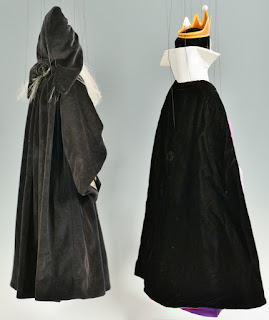 Additional images via CaseAntiques.
Posted by Snow White Archive at 12:01 AM