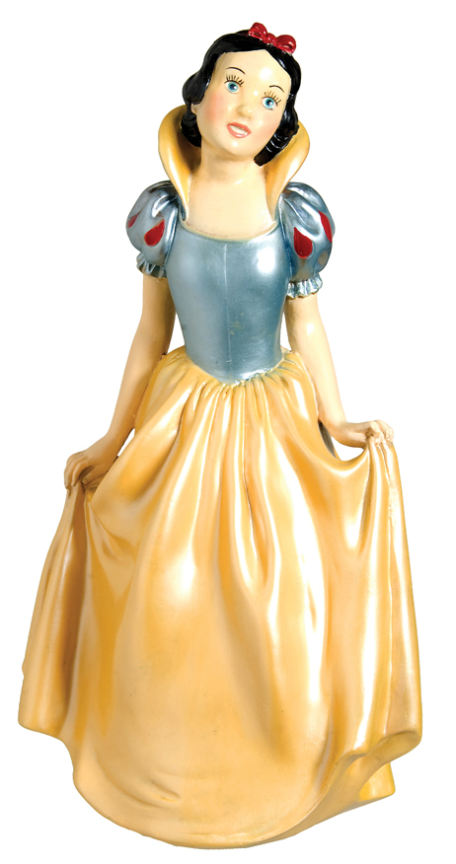 Known for their quality wall masks and plaques, the now defunct London-based manufacturer G. Leonardi produced a number of Disney-themed pieces in the mid 20th century. This handsome Snow White set of eight solid plaster figurines is one of the better known. The moulded pieces were hand-painted with a metallic sheen and with enchanting results.

In 2007, Snow made the cover of Ted Hake's Official Price Guide to Disney Collectibles, 2nd edition. 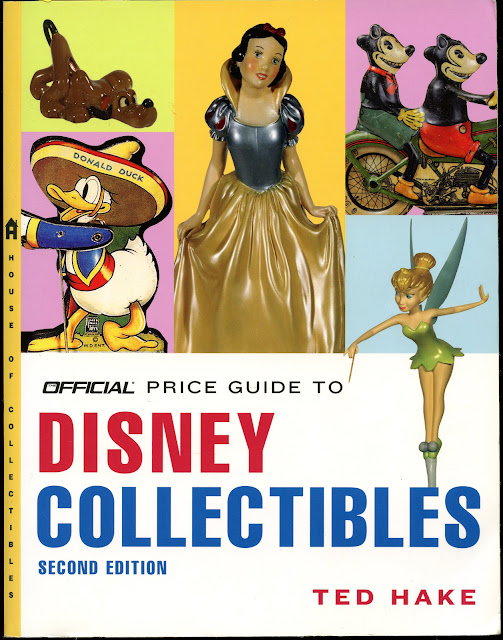 According to Hakes, the Snow White set dates from circa 1938. Christie's had it listed as 1950s.

Special acknowledgement goes to Matt of Vintage Disney Alice in Wonderland who first tipped me off to this set and sent images. Check out the Leonardi "Alice" pieces he has posted.
Posted by Snow White Archive at 12:01 AM