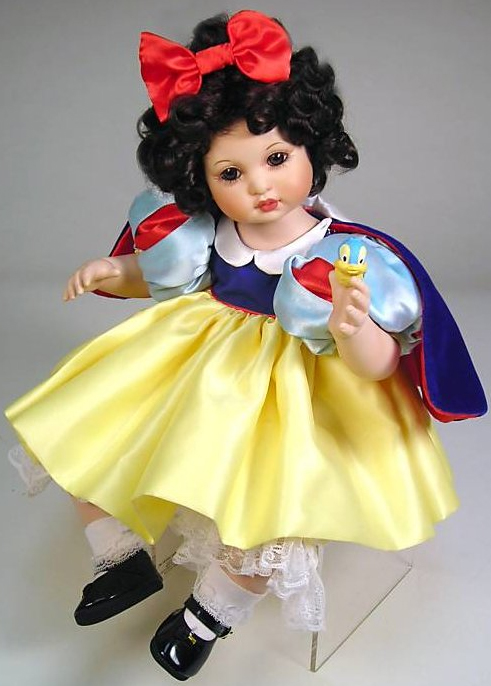 In 1998, Marie Osmond released the first doll in her "Disney Babies" collection, a 12" Snow White. The porcelain head, hands and feet were sculpted by artist Sonja Bryer with costuming designed by Karen Seamons. A bluebird sits on its left hand. On the back of doll's neck is Marie’s signature along with a hand-written number in the limited edition. Seen below, the doll appeared with two others in the October 1999 Disney Catalog. Limited edition of 2500. Retail price $155 (USD). 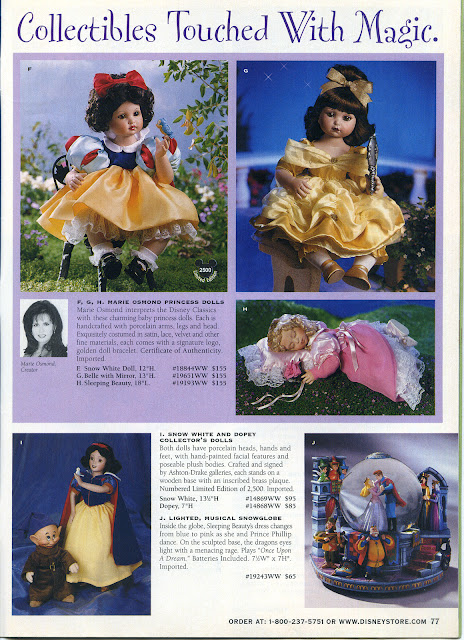 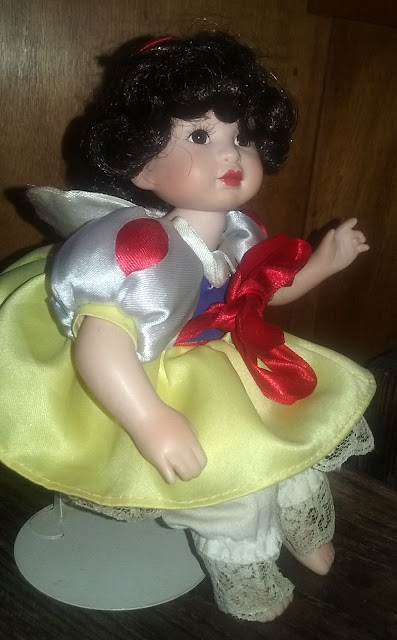 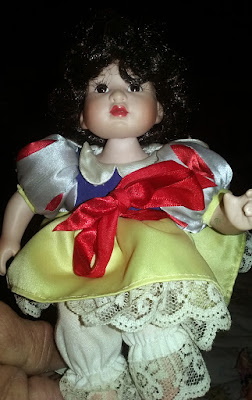 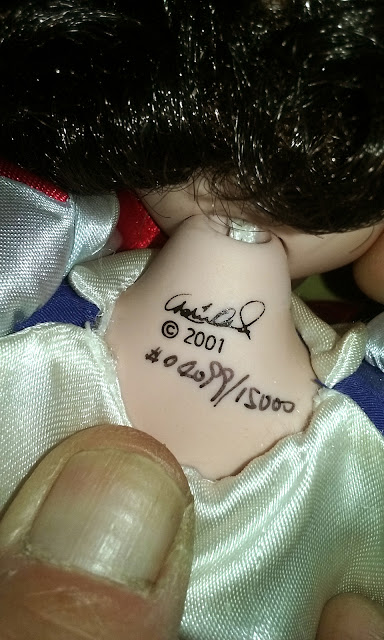 Then in 2002, the Walt Disney Gallery released a 10″ version to commemorate the 65th anniversary of the motion picture. Limited edition of 3600. 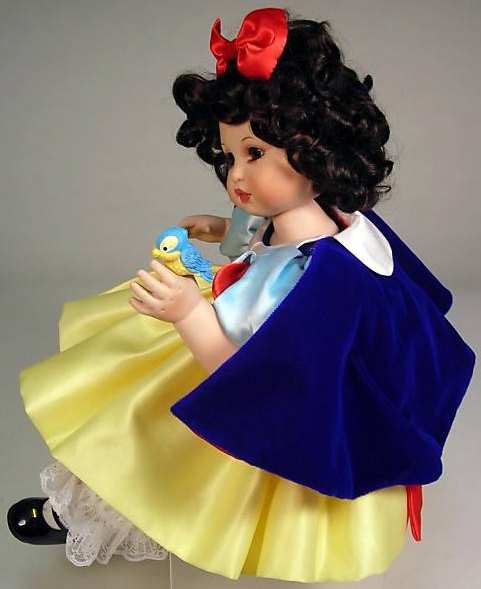 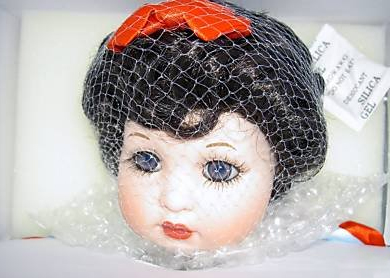 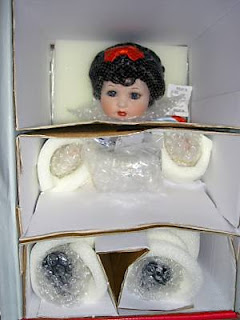 The anniversary logo is printed on the back of the collar. 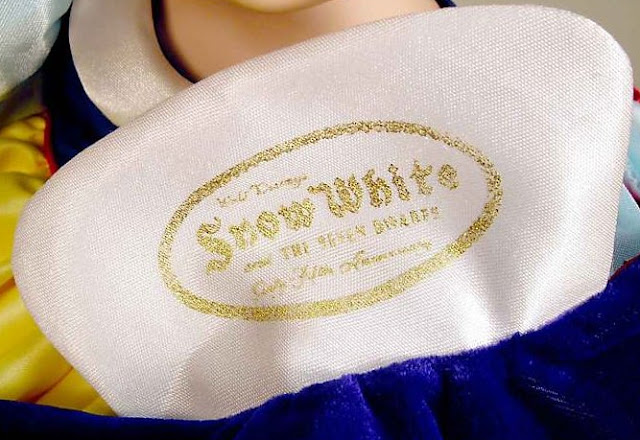 
A gift-with-purchase 65th Anniversary Dopey pin was included with the sale of the doll.
Posted by Snow White Archive at 12:01 AM