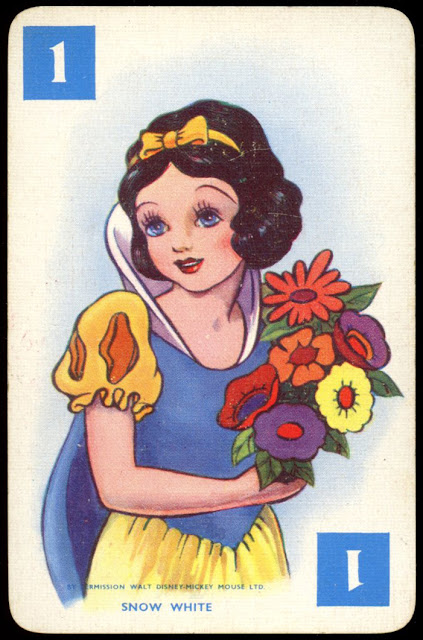 This beautifully illustrated Snow White and the Seven Dwarfs card game was the first in the Pepys Series produced by Castell Brothers Ltd. (United Kingdom). According to The World of Playing Cards, the company dispatched artists...


...to sit through endless showings of Snow White, making drawings for the cards, and Kenneth Collins, Castell Bros. managing director, sat down to write the rules for the game. Within a few weeks, the first late 1937 print run was sold out and orders were on the books for five times that number again.


A red tinted Snow White graces the back as she looks down into the Wishing Well... 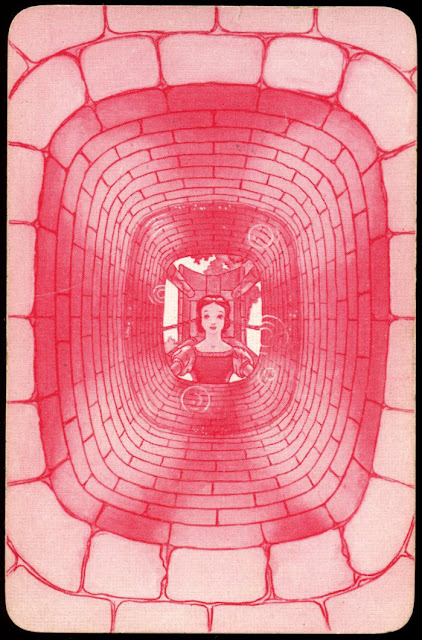 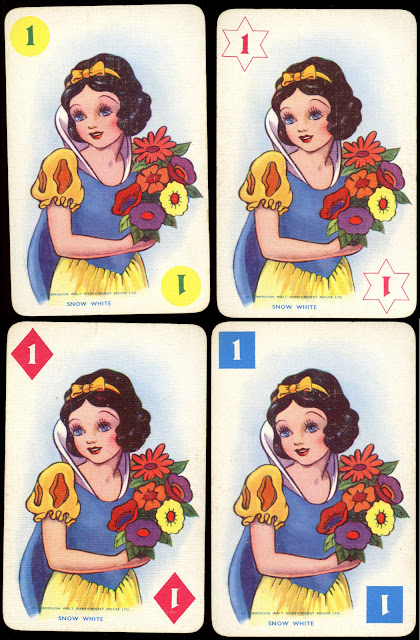 The complete set is made up of 45 cards. Numbers 1-7 appear in all four suits. 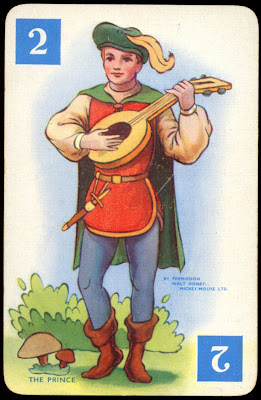 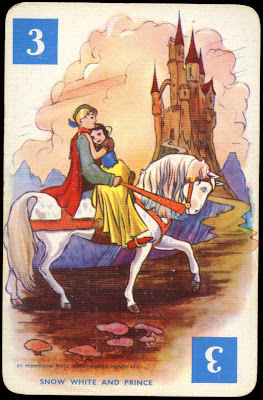 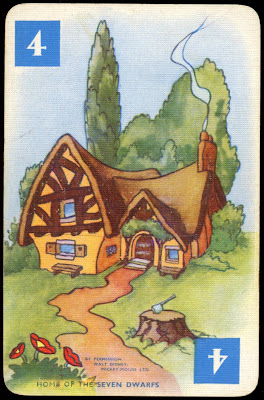 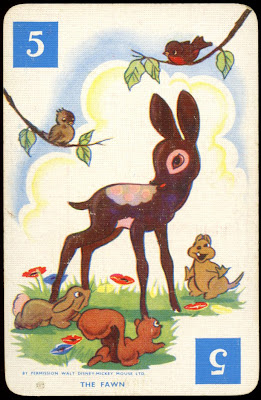 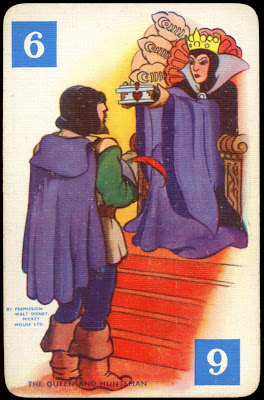 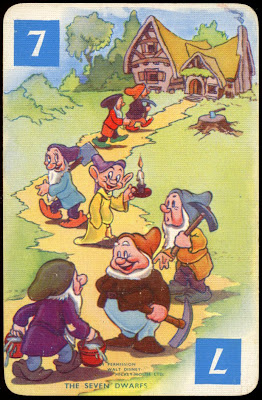 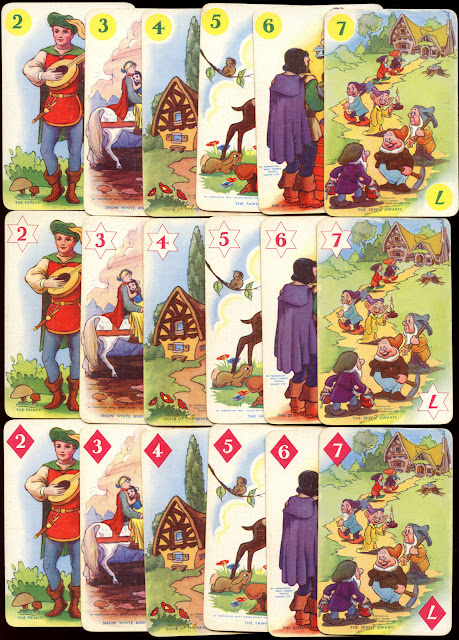 Card number 8 is divided between Bashful and Happy. 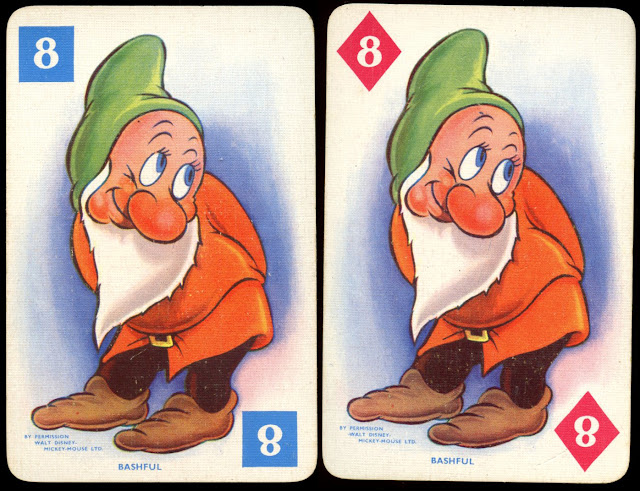 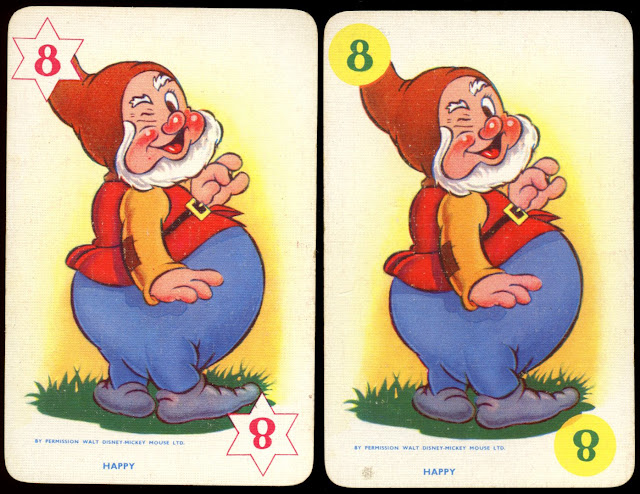 To avoid confusion with the 6 card, the manufacturer did not create one for number 9. Instead, they skipped to the 10 card which is shared between Doc and Dopey. 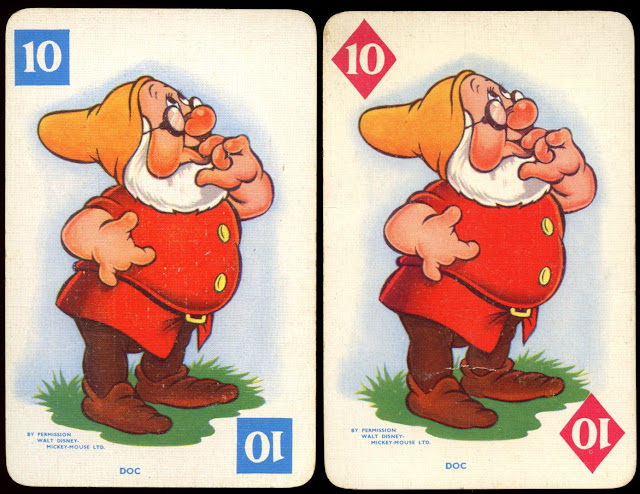 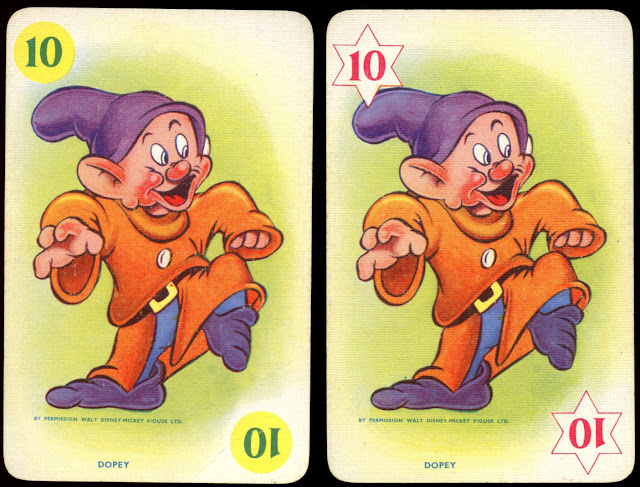 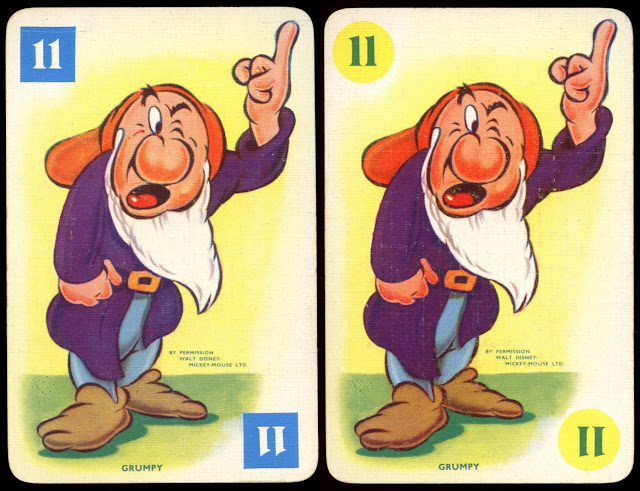 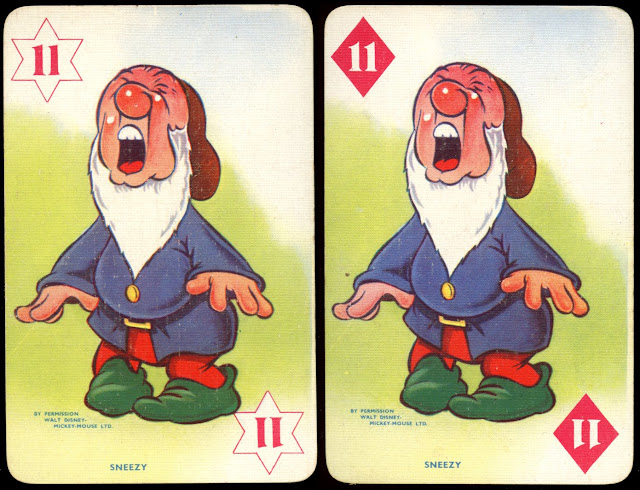 Just two suits were created for number 12 which features Sleepy. 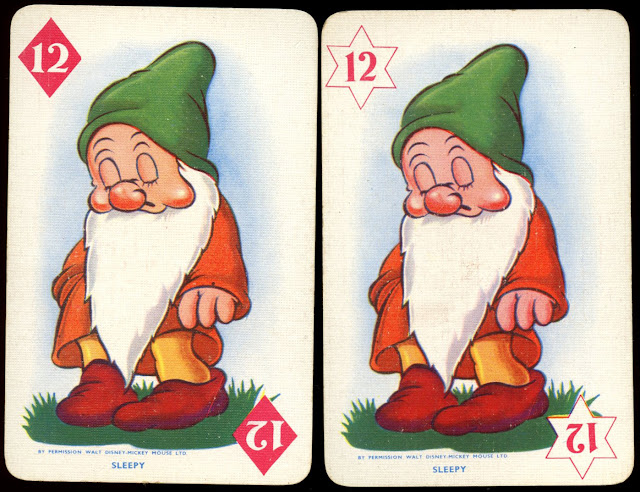 And the Witch card, number 13, has only three suits (no diamond card). 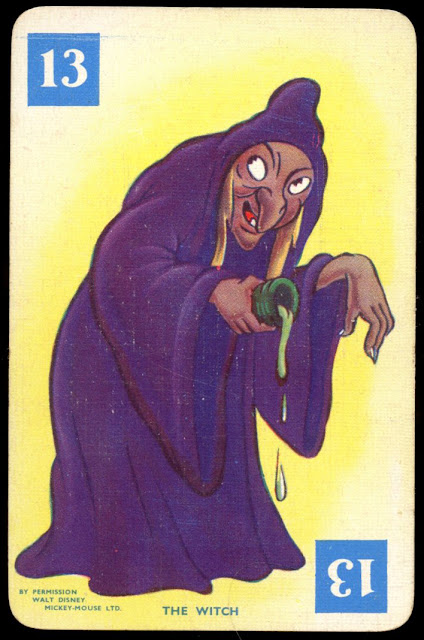 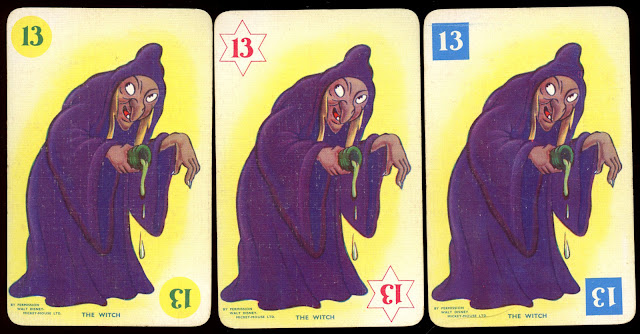 The game is played similar to Hearts where at the end of each round, the remaining Star cards and Witches in hand must be added to your score. The player with the lowest points at the end of the game is the winner. 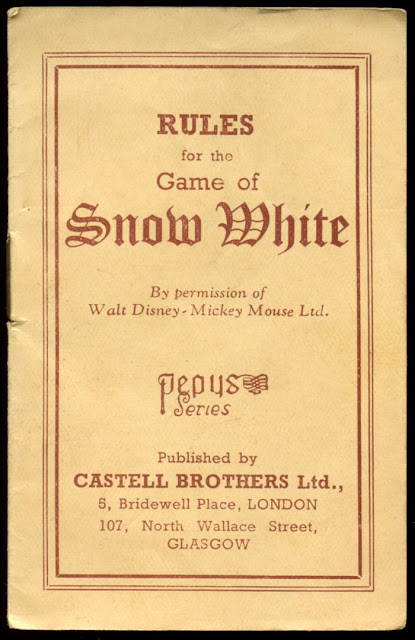 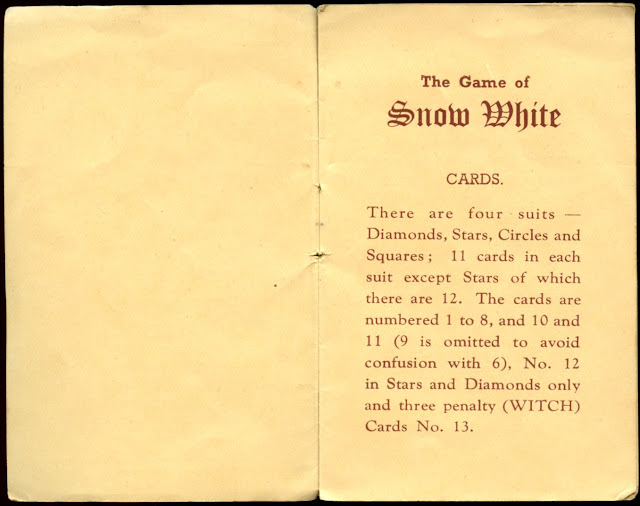 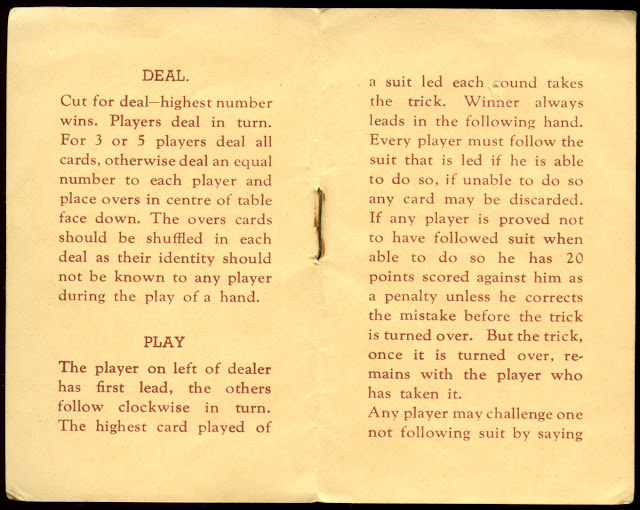 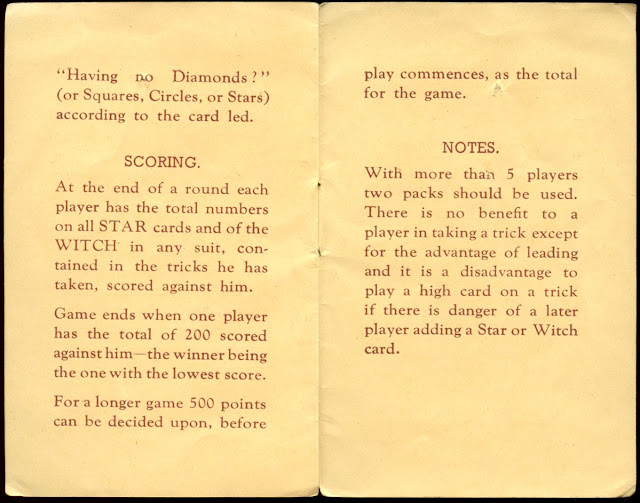 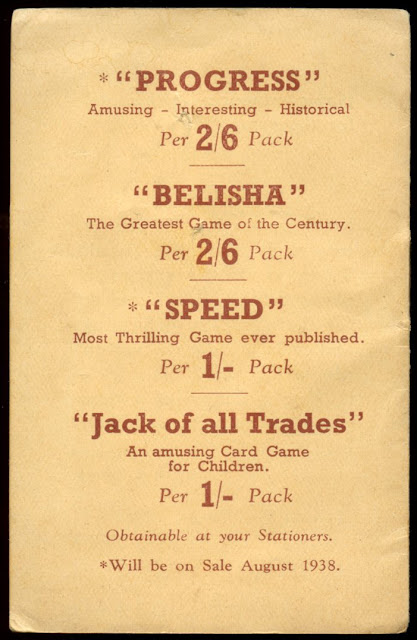 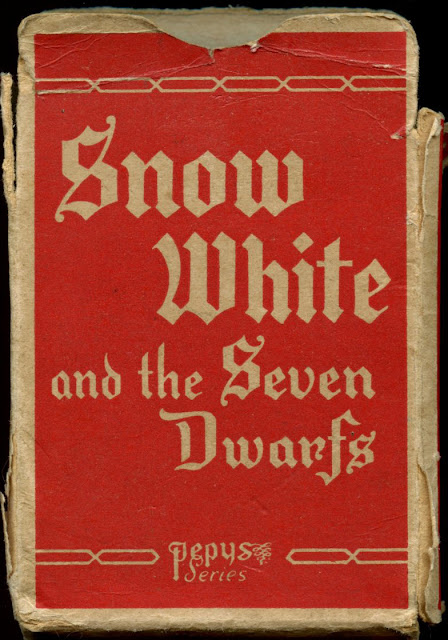 
This Snow White deck was listed in a British card games catalog from the late 1930s. Price 1/6 per pack. 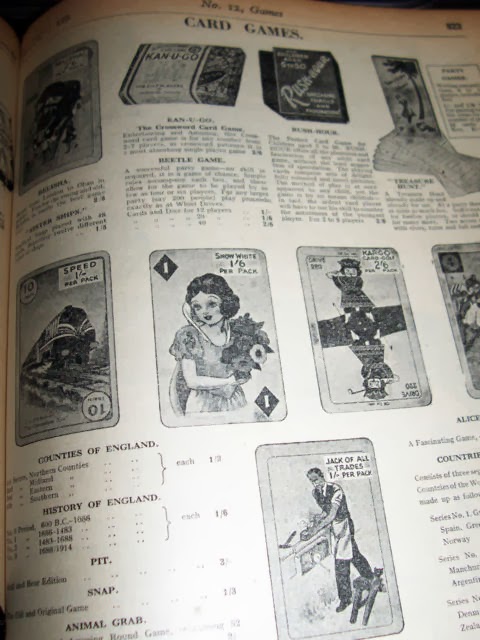 And here's a magazine advertisement for the game. 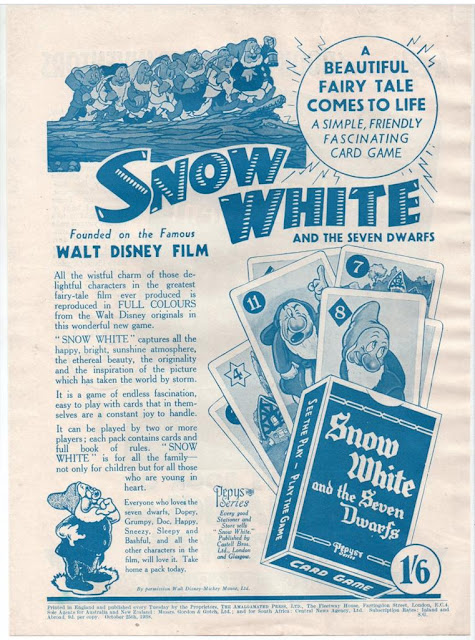 Advertisement image via Ephemera and Collectables.