The Snow White and the Seven Dwarfs poster from the 1962 Finnish dub that was directed by Ms. Ritva Laatto. Distributed by Suomi-Filmi Oy. 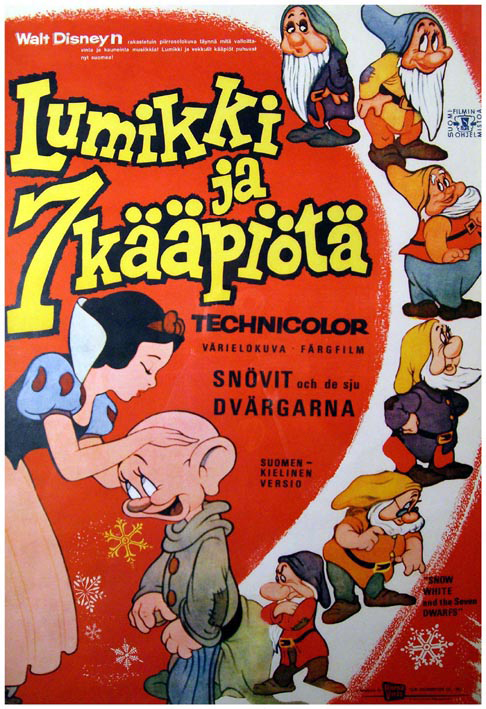 One of the film enthusiasts of the website Afureko holds the poster at the public screening of Matti Ranin's Lumikki earlier this year in Helsinki. 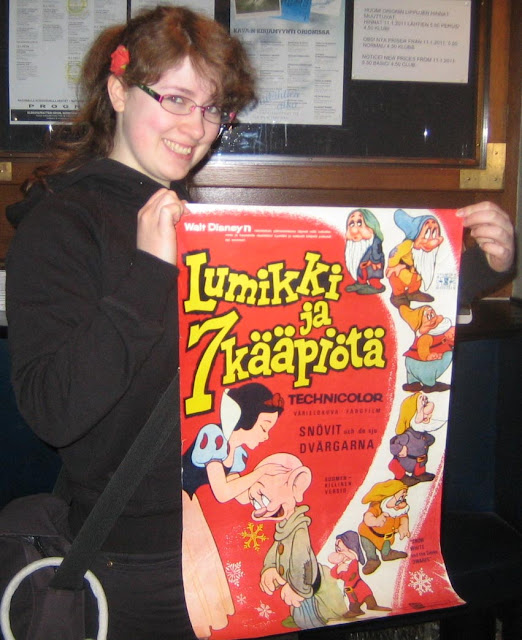 
In 1982, the Matti Ranin-directed Snow White release featured this poster. It utilizes artwork that's also seen in a British quad. The Finnish text in the yellow box translates approximately into "Walt Disney's most beloved animated motion picture arrives now as a new print and as a complete Finnish version". This indeed points to Mr. Ranin's picture which was the first dubbing to include both the Finnish-language dialogue and songs. Distributed by Suomi-Filmi Oy. 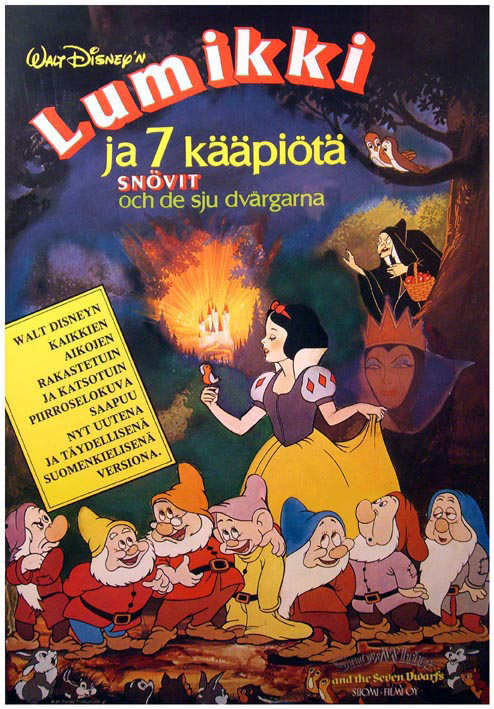 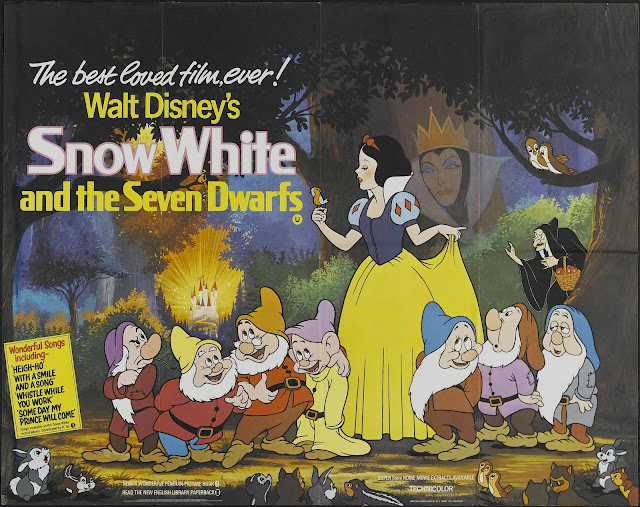 1982 British Quad Poster (for artwork comparison)
Posted by Snow White Archive at 12:01 AM