This set of eight Snow White figural music boxes were produced by Schmid for the film's Golden Anniversary. Made in Japan, each hand-painted glazed ceramic figurine sits atop a wind-up base where it rotates and plays a tune:

The Snow White figure stands around 10.25" high, the Dwarfs approximately 6.3" to 6.8". On the bottom of some of the pieces is a gold foil sticker that reads, "50th Anniversary" (with a copyright of 1986). Others which look identical in every other way have no commemorative labeling. 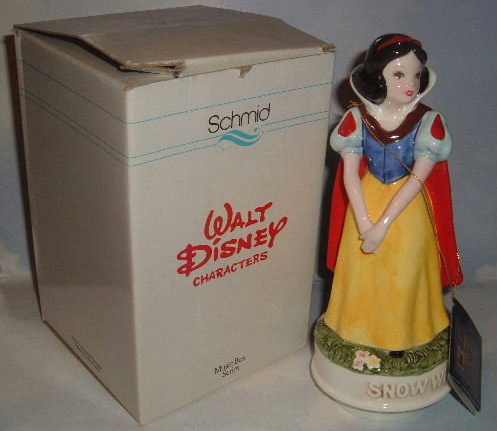 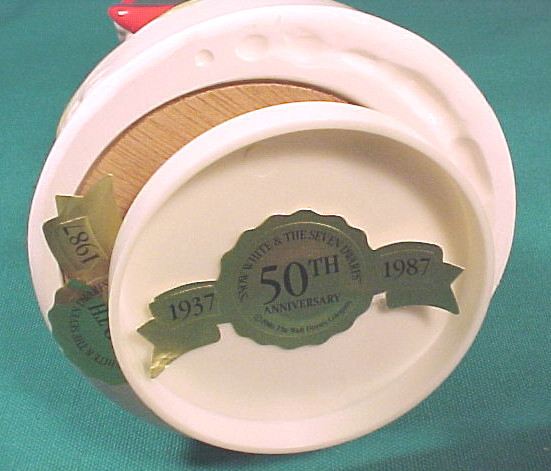 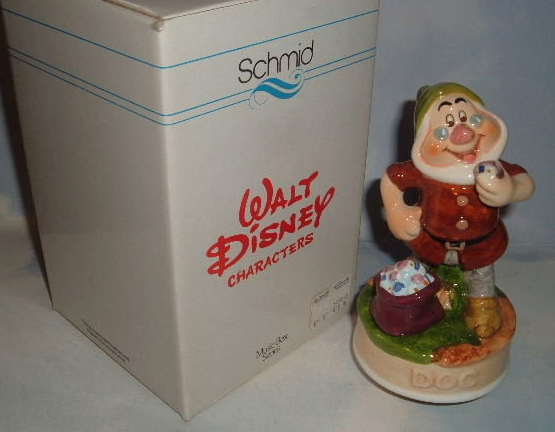 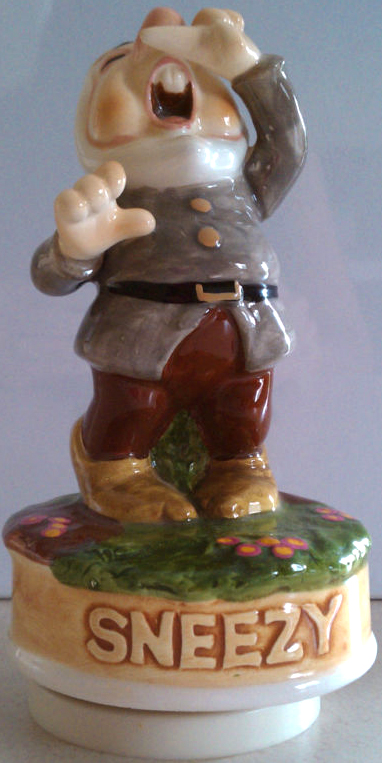 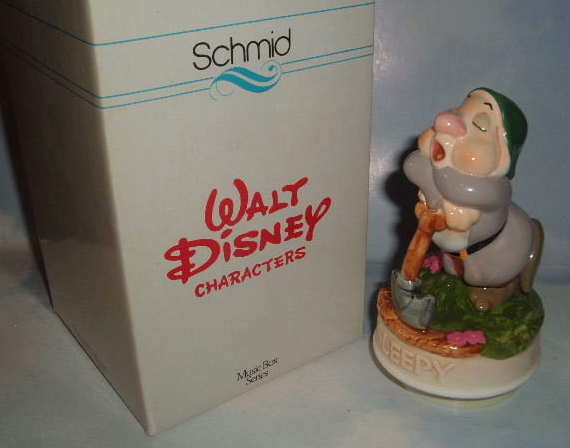 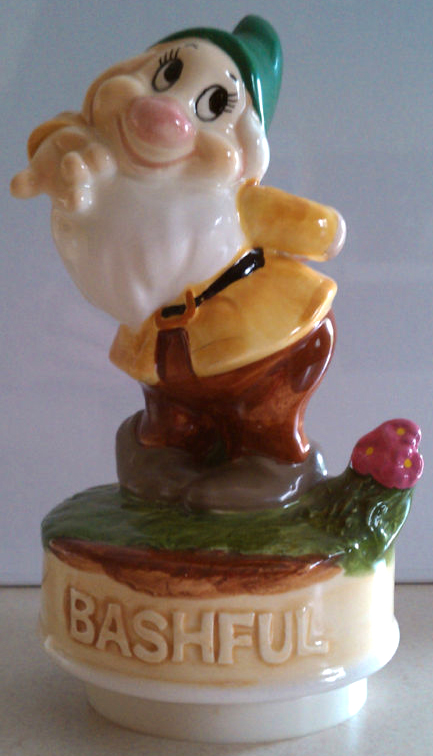 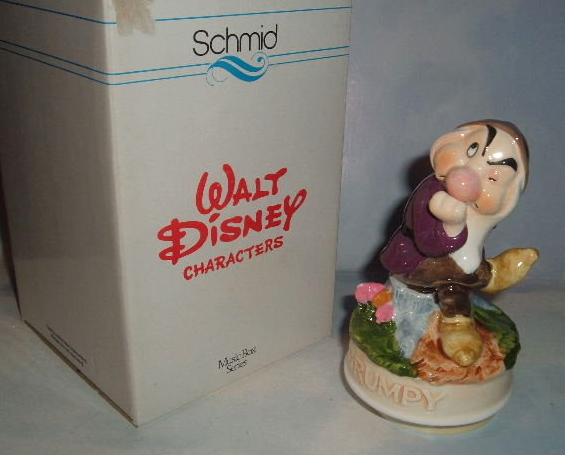 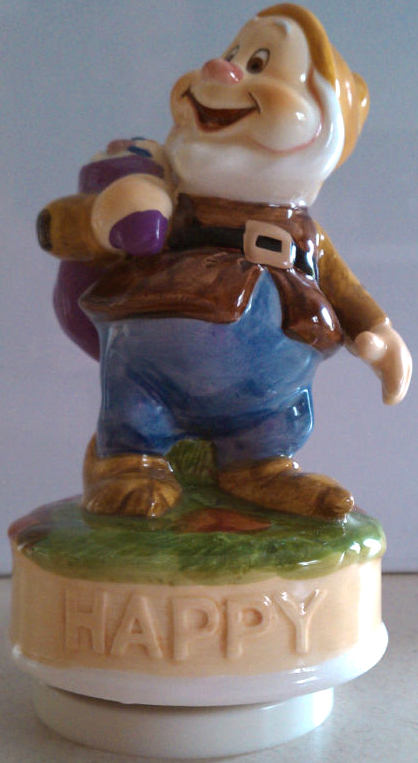 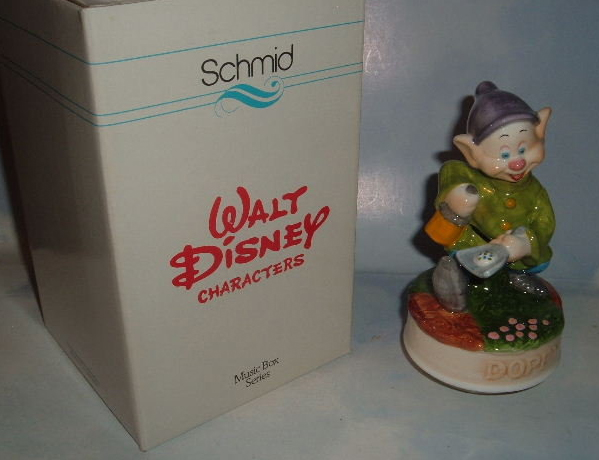 Made in Sri Lanka, this second Schmid Snow White collection has an artistic style altogether different. The Dwarfs are posed playing instruments and the Princess is holding a bird. Snow White stands approximately 7" tall, the others about 5".

As with the set above, this one appears to be from the 1987 period because the Snow White figure has the very same gold foil "50th Anniversary" sticker. However, the other music boxes do not, and the Schmid Company label affixed to the bottom is one typically not used until the early 1990s.

Yet, a small card around the neck of each figurine did read "Welcome to the magic kingdom. Schmid is proud to bring you this Walt Disney Character music box as part of an exclusive collection of gifts representing over 50 years of legendary Disney tradition." So this set could indeed be from the 1987 anniversary; no one I've spoken to seems to know for sure. 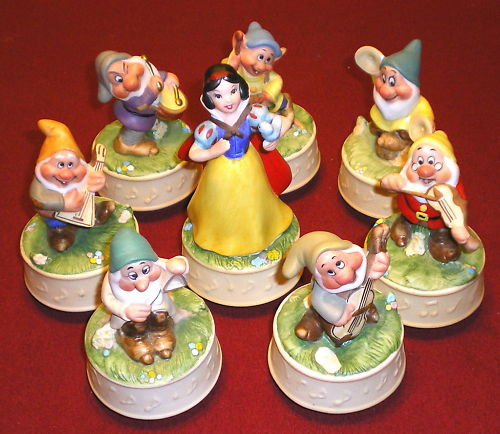 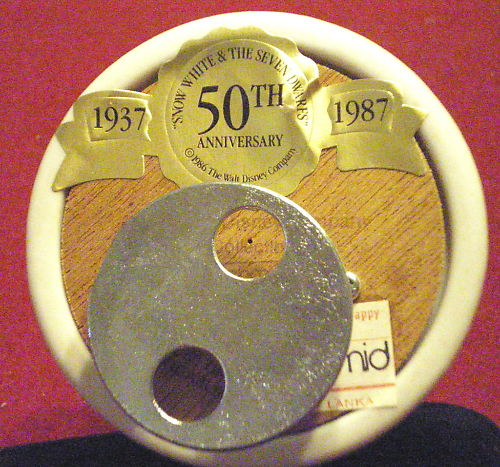 Locating information on Schmid pieces can sometimes be difficult as the company ceased operations in 1995.
Posted by Snow White Archive at 12:01 AM