This "Special Edition Commemorative Passport" was available for purchase during the summer of 1987. For $10, you'd receive a ticket to the re-release of the Snow White film (at a movie theater of your choosing), plus a solid bronze 50th anniversary coin. Also included were discount coupons for the theme parks, the Disney Channel, and Sears.

Passport front and back covers.

This was one of many promotional items advertised in the 1987 Snow White issue of Disney News magazine.(An April 1987 Disneyland Park gate flyer had a similar promotion for the passport. See it at Vintage Disneyland Tickets.) 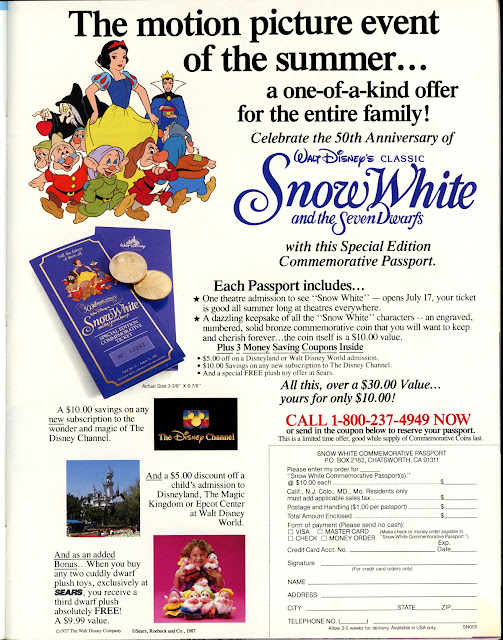 The passport would arrive by mail. It included this letter thanking customers for joining in on the 50th anniversary celebrations. 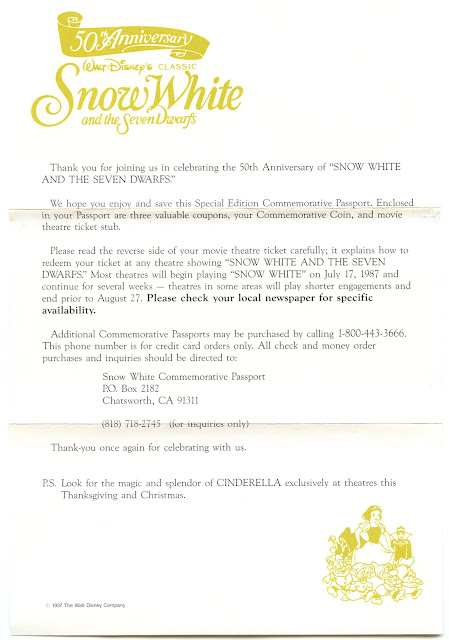 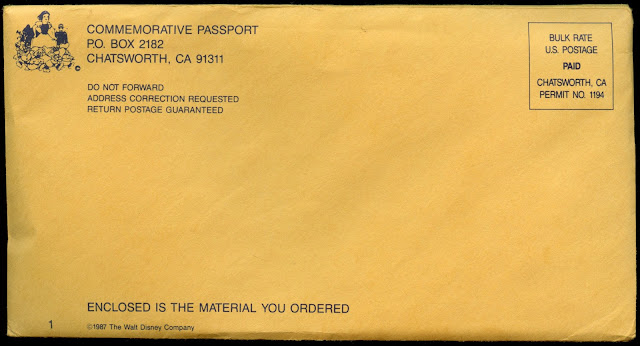 Each was individually numbered. Attached inside to the bottom left flap was the ticket stub (valid between July 17 - August 27, 1987). 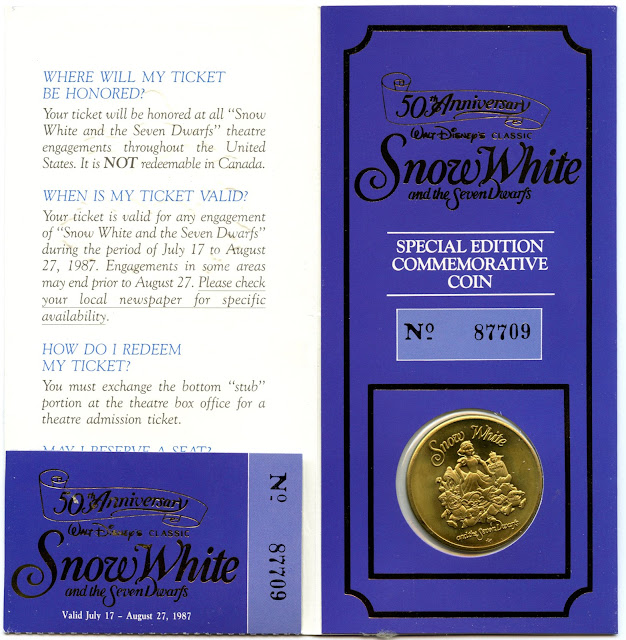 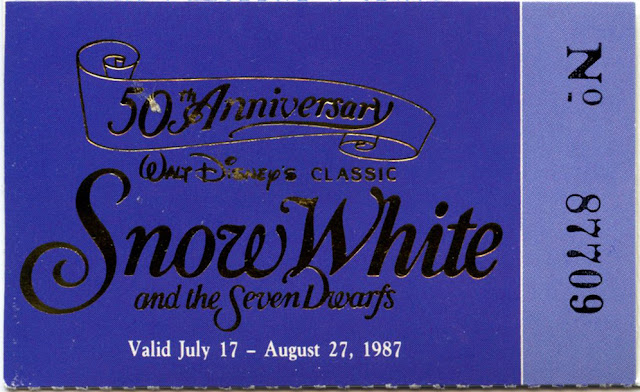 The back of the ticket imcluded instructions on how to redeem it. The stub had to be presented to the theater box office where it would be exchanged for an admission ticket. 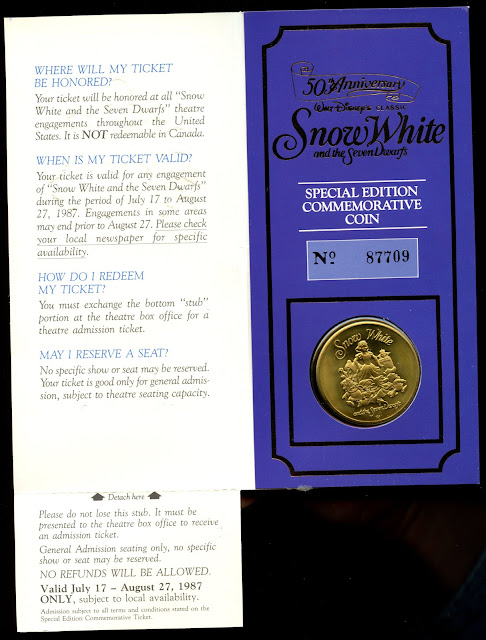 The bronze coin was produced by the Rarities Mint, the same operation that created the 11-piece commemorative silver and gold Snow White medallion sets. An engraving of the characters adorned the front. The back is stamped with the 50th Anniversary logo and the July 17, 1987 re-release date. 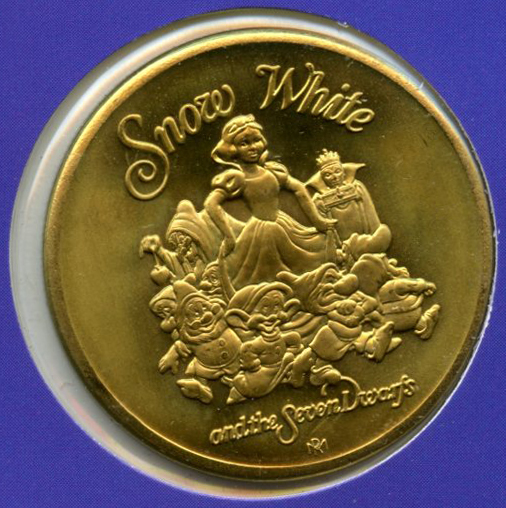 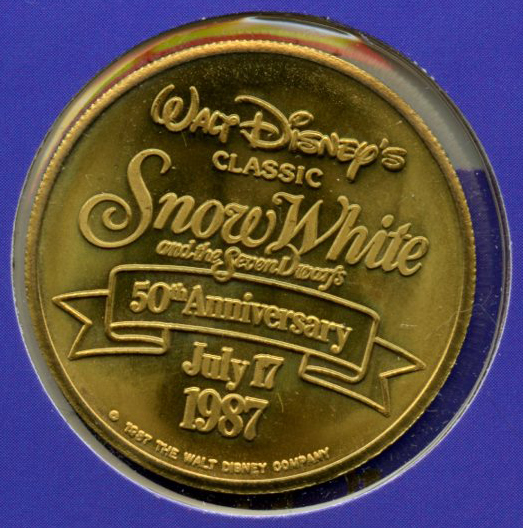 The special offers leaflet included a $10 discount on a new subscription to the Disney Channel, five bucks off a child admission ticket to one of the theme parks, and a Sears coupon for a free plush dwarf with the purchase of two others. 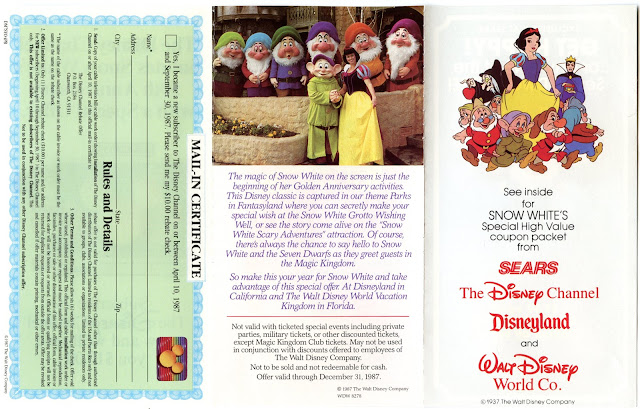 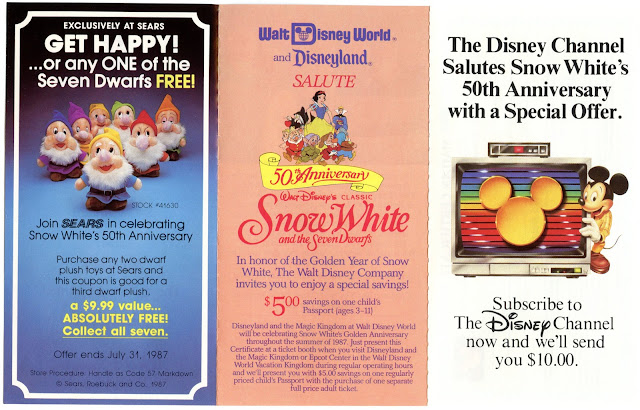 Filmic Light Collection.
Posted by Snow White Archive at 12:01 AM