The clock is ticking down as we move closer to 2012 and a year of 75th anniversary celebrations for Snow White and the Seven Dwarfs. Diamond jubilees don't come along everyday so let's hope Disney has something singularly grand in the works. But for now, we'll spend this entire month looking back and reliving Snow White's 1987 50th Anniversary--the promotions, the festivities, the merriment. 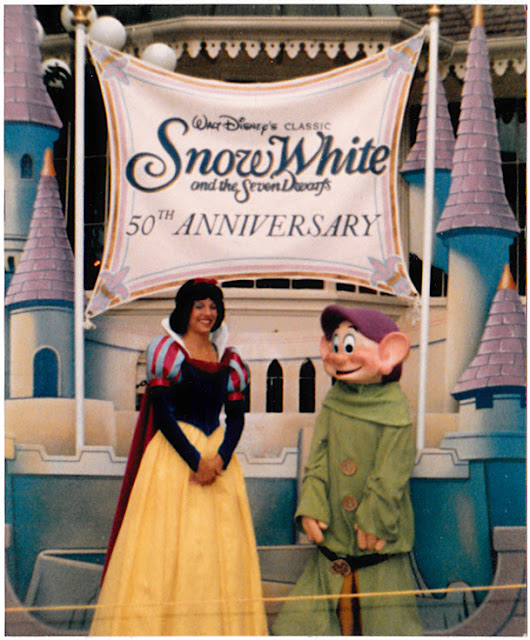 1987. It was the year of Snow White! The Golden Anniversary Celebrations saw over 100 official licensees offering commemorative merchandise and memorabilia. There were parades and stage shows, a radio broadcast and television specials. And even though the movie had just been re-released four years earlier in 1983, the 50th anniversary brought it back for a major international theatrical run. It opened on July 17, 1987 in thousands of theaters, in 60 countries, and on six continents. Further still, the princess and the dwarfs participated in live public appearances at children's hospitals, the Smithsonian Institution, the Rose Parade, and the Superbowl. They even made it onto the floor of the New York Stock Exchange in celebration of Disney's highest-ever first quarter revenues.
_______

Variations of this anniversary insignia were seen on an array of things including dolls, pins, posters, plates, postage stamps and banners. 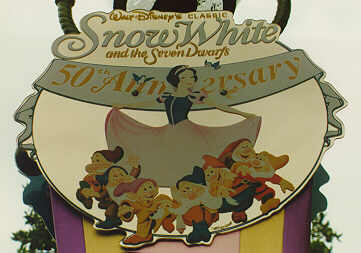 With July 17th as the date of the theatrical re-release, it was a day-long publicity blowout at the Anaheim theme park with swarms of people---guests, cast members and Disney suits. The Disneyland Post Office even had a temporary booth set up outside the gates. There you could purchase a postage stamp and they would cancel it on anything you wanted, postcards, envelopes, posters...whatever you brought them. 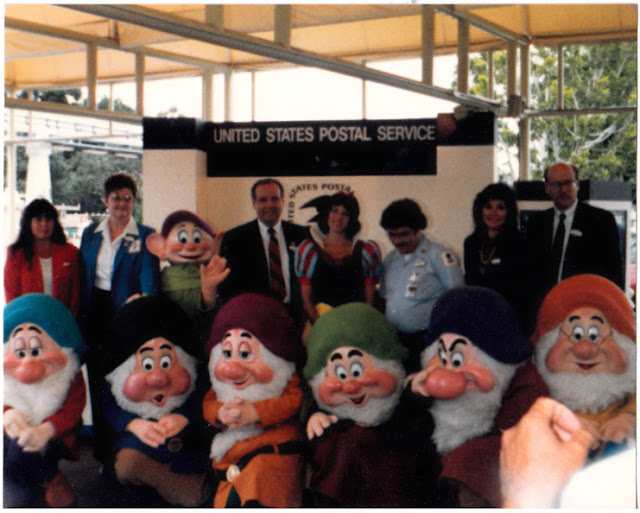 
A special official Disneyland Station US Postal rubber stamp was created for the occasion. It featured an image of Dopey and read "Celebrating the Golden Anniversary of Snow White and the Seven Dwarfs." The design was created by Disney artist Matt Mew (as sited in the Summer 1987 Disneyana Collector newsletter).

The event cover cachet below is one of many that were hand-designed by Snow White enthusiasts. The entrepreneurs took their stacks of envelopes to the theme park and had the postage cancelled. 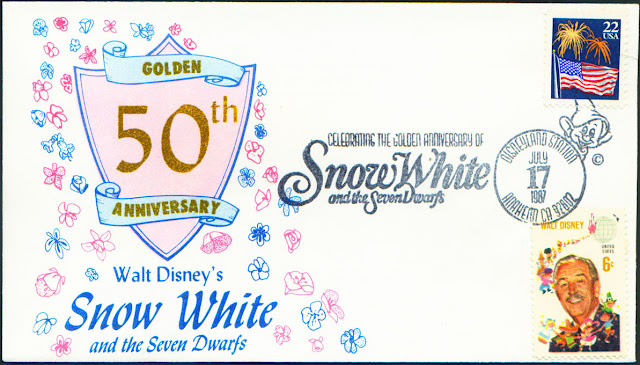 Cast members at Disneyland wore this special "50th Anniversary" name tag. It was used for a very limited time during the celebration months and only at the California theme park. 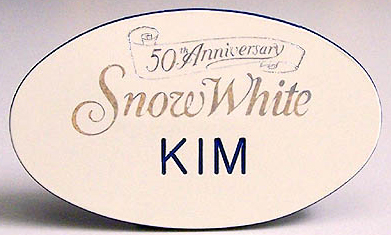 The 35mm film reels used in the theatrical screenings were adapted to the widescreen format of 1:85 to 1 but they preserved the original aspect ratio of 1:33 to 1 so nothing was missing from the image. The movie was printed on LPP stock and had Dolby stereo sound. A total of five reels made up the film. Shown below is reel #3 which was approximately 20 minutes in length. 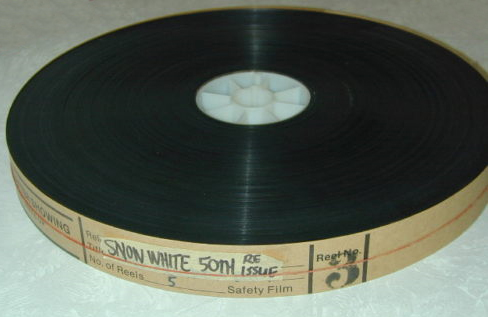 The North American one-sheet movie poster was created with raised gold foil on the lettering and the highlights on Snow White's dress and bow (which scanned black in the image below). A "50th Anniversary" banner ran along the bottom. 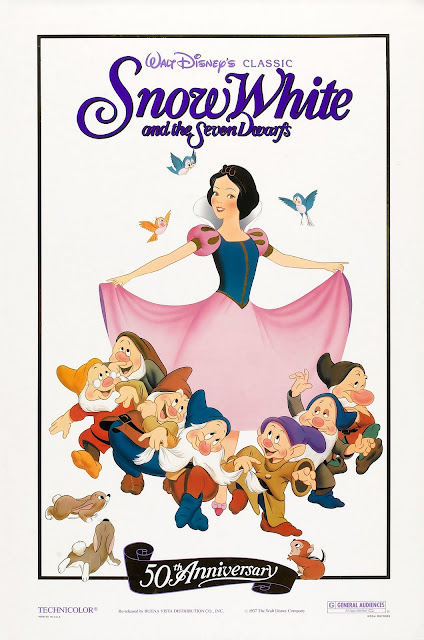 This was also the year that co-authors Richard Holliss and Brian Sibley published their timely book, Snow White and the Seven Dwarfs and the Making of the Classic Film and Brian broadcast his BBC radio program, Fairest of Them All. 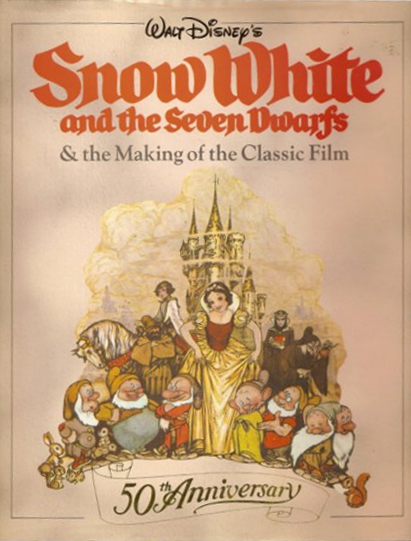 Among all the hoopla, Snow White even received a star on the Hollywood Walk of Fame. See video of the event in an earlier post. 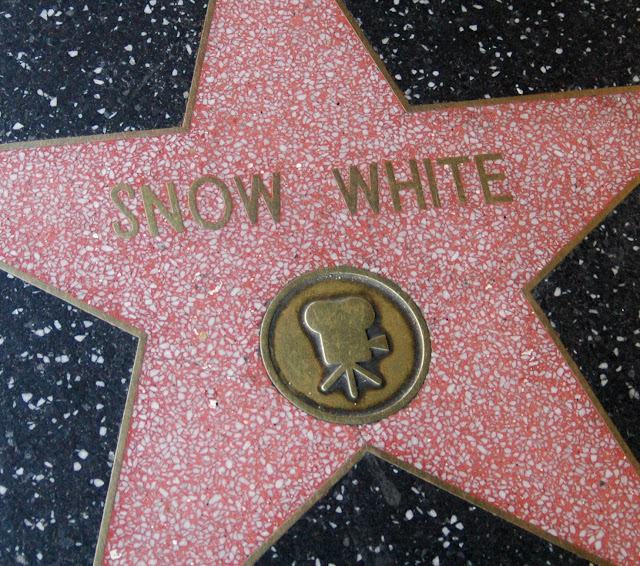 
So here we go! Break out your princess walking shoes because we're about to take a month-long stroll with Miss White down Golden Anniversary Lane.
Posted by Snow White Archive at 12:02 AM