The Official Overstreet Comic Book Price Guide is considered the authoritative publication on the subject of American comic book grading and pricing. Over its many years, the annual guide book itself has become a collectible item due in part to the dynamic artwork that distinguishes the front cover. Almost exclusively, this artwork has been the domain of the superhero. Featured have been such prototypical characters as Superman, Supergirl, Batman, Batgirl, Spider-Man, Wonder Woman and a host of other comic book icons.

Yet, in the 1987-88 publication, Snow White broke with convention and made it onto the cover, joined by Mickey, Donald and the forest animals. The artwork for this, the 17th edition of the guide, was created by artist Ron Dias (whose work is seen in the previous post on commemorative posters and also on the cover of the Gladstone comic). 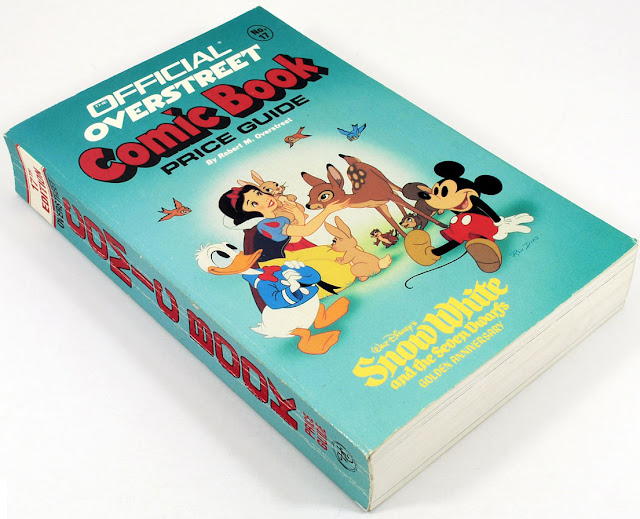 Two versions of this book were produced, the first without a UPC code (above) was for the direct sales market, i.e., comics shops. The front cover displayed the film title and "Golden Anniversary" tagline in yellow while the "Comic Book" text is red. The second version (below) had a UPC code and was released to the newsstand and new bookstore market. This edition flip-flopped the cover's yellow/red color scheme. 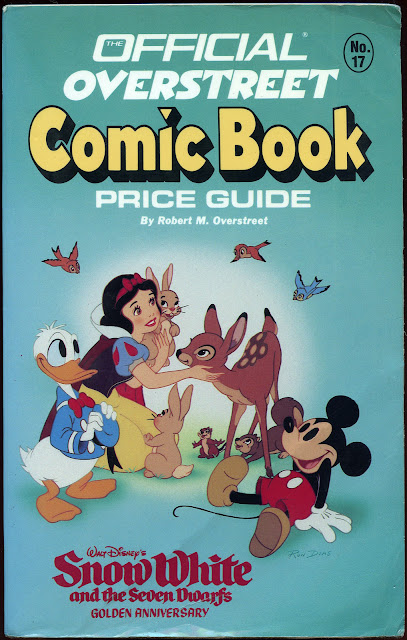 All page scans from personal collection unless noted.


The back cover promoted the commemorative Gladstone comic which was released after July 1, 1987. 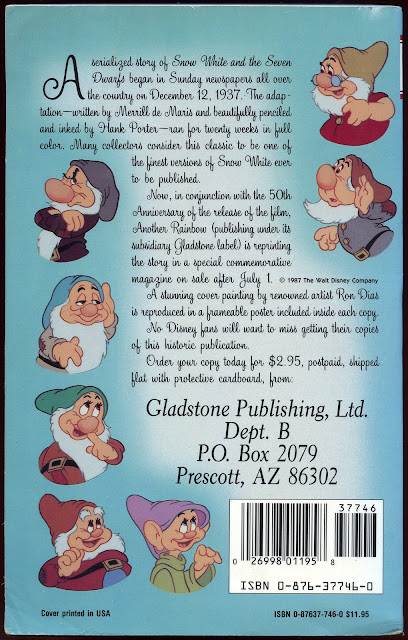 Back Cover with UPC Label.


In addition to the usual comic images and pricing information... 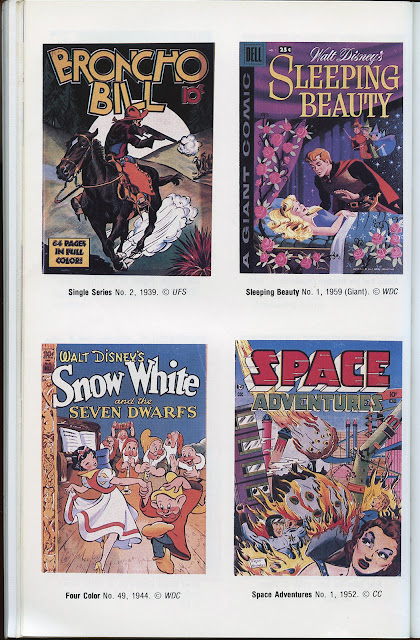 ...this edition also contained a page about cover artist Ron Dias. He is shown working on the 50th Anniversary poster from the previous post. 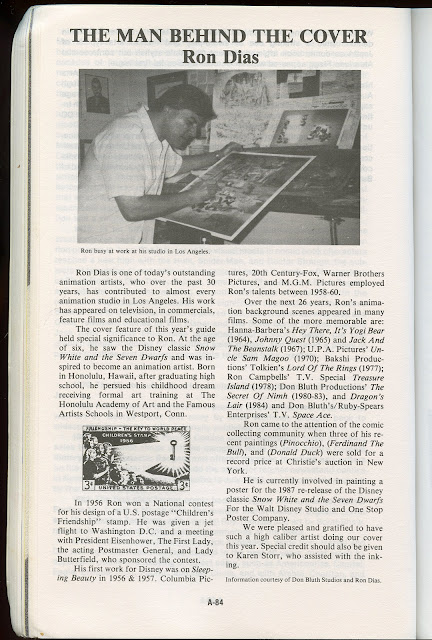 The feature article is a wonderful piece by Terry Taylor on Fifty Years of Collectibles from Snow White. Some great photos... 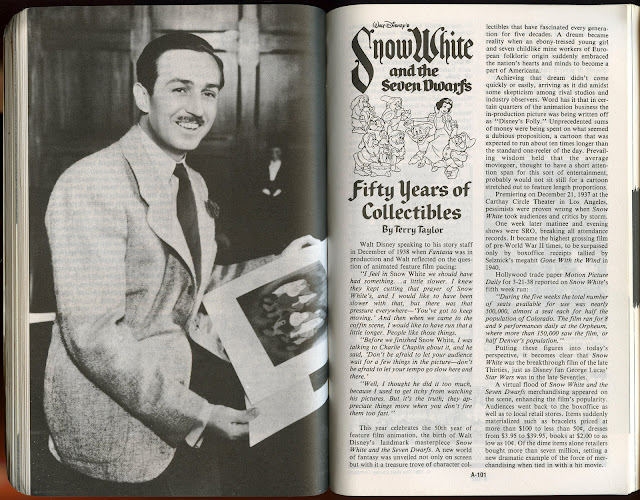 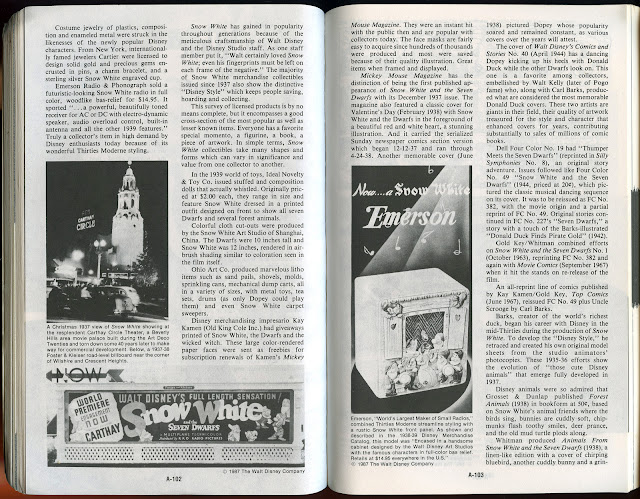 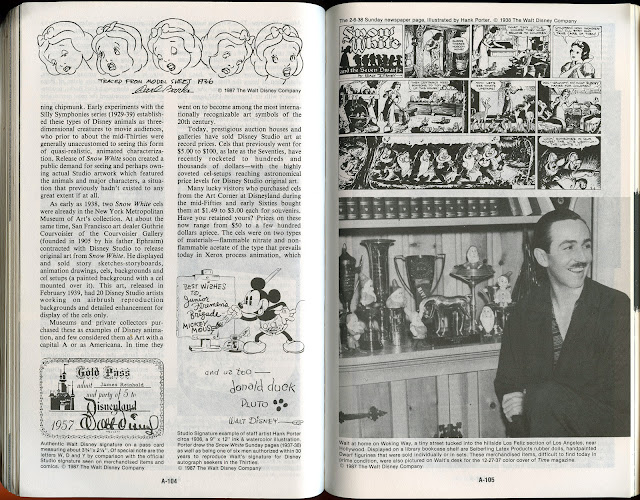 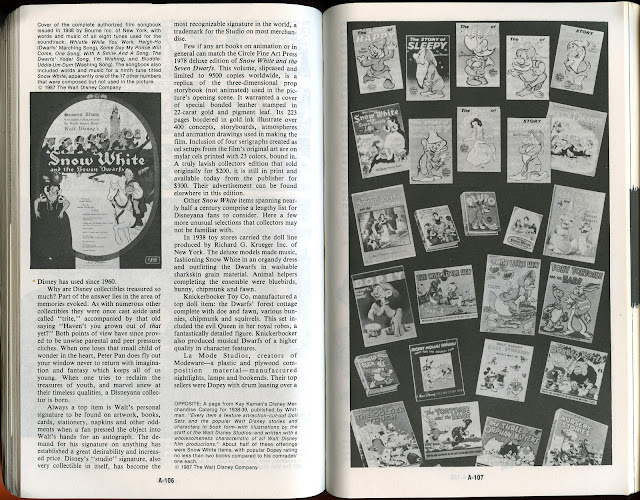 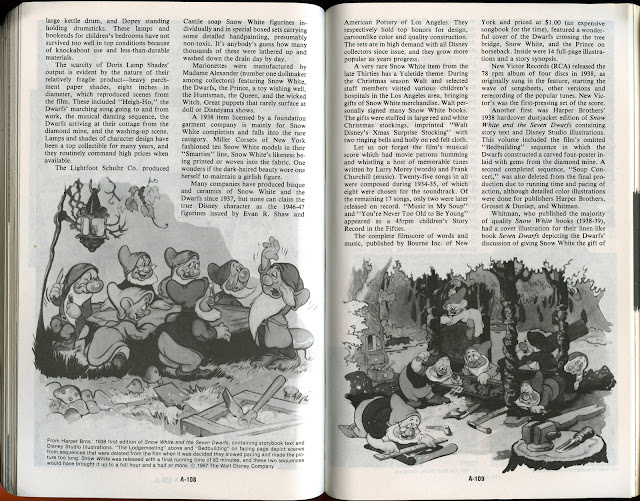 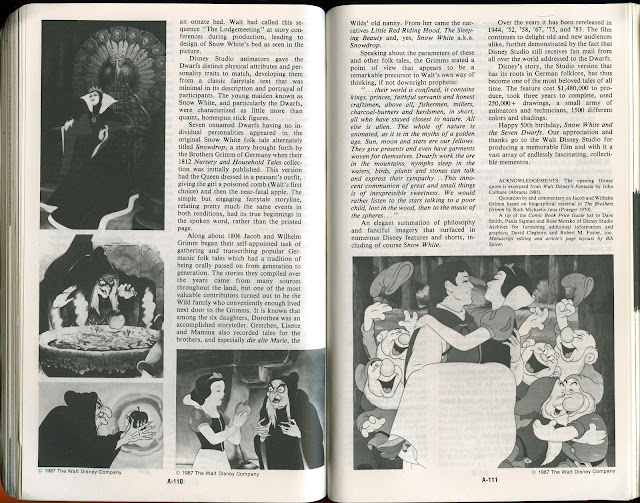 And finally, as might be expected, the book also contains numerous ads from comic book sellers, buyers and the like. Here's one from an animation artwork dealer. 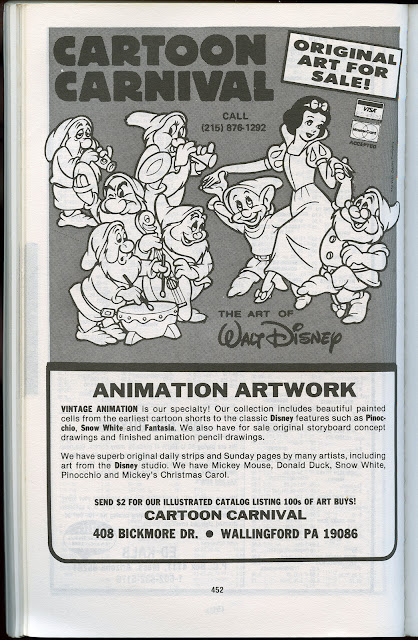 Thirteen more years would pass before another non-superhero character would be allowed back on the cover of the Overstreet Guide.
Posted by Snow White Archive at 12:01 AM