On Friday the 5th of June, 1987, a never before event occurred at both Disneyland and Walt Disney World. In celebration of the film's Golden Anniversary, a reunion was held for all the past performers who had ever played Disney's first princess in the theme parks. 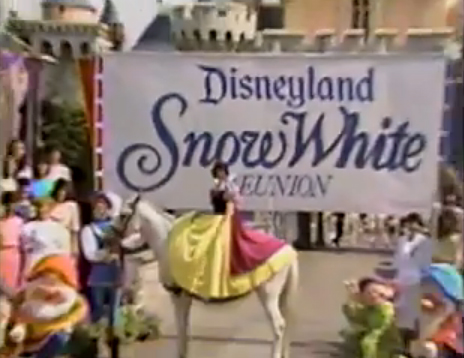 
By 1987, over one hundred women had portrayed the Snow White character.

In Orlando, 24 former princesses returned to WDW where the day included a parade down Main Street and a feast at the Crystal Palace. Officials at Tokyo Disneyland had hoped for a reunion too. The park had been open for four and half years, but unfortunately, all 17 of the former cast members were American. The affair had to be cancelled as they could not attend.

The largest reunion occurred in California The Anaheim park being the oldest, of course, drew the greatest number with around 70 royal ladies showing up. Here's a short television news piece on the Disneyland event...


One of the charming stories to come out of the reunion was that of JoAnn Killingsworth, who at age 31, was picked to portray the first Snow White at Disneyland in 1955. It was she who appeared on opening day in the 90-minute ABC television special, Dateline Disneyland. JoAnn is seen riding on a float in the Main Street parade, again during the Fantasyland opening ceremony, and finally a little later at her "Adventures" dark ride. 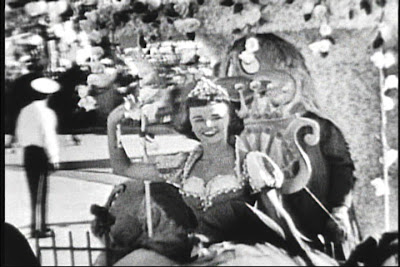 JoAnn rides on the Snow White float with the Seven Dwarfs. 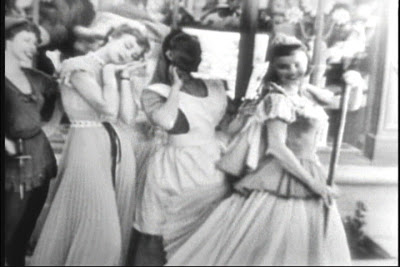 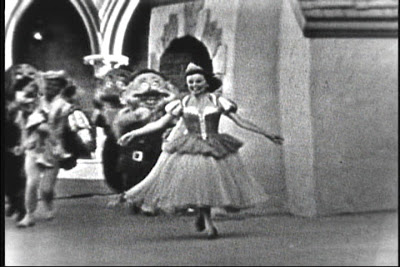 A dash to the Snow White's Adventures ride.

The original ABC Dateline: Disneyland program can be seen on the Disneyland USA disc from the Walt Disney Treasures DVD collection.
The park organizers for the reunion especially wanted to locate this cast member who portrayed the first Snow White. Problem was...she wasn't a cast member. Her name wasn’t in the Disney personnel records so no one seemed to know who she was. Unbeknownst to JoAnn, she suddenly became the subject of a nationwide search, a quest to find the very first "first princess."

I worked for ABC, not Disneyland, so there was no record of me in the park. I didn’t know they were hunting for me until a friend read about it in the paper and told me. I really didn’t realize Disney was looking for me. If I had, I would have called somebody and said, ‘Here I am. Here’s Snow White!’ 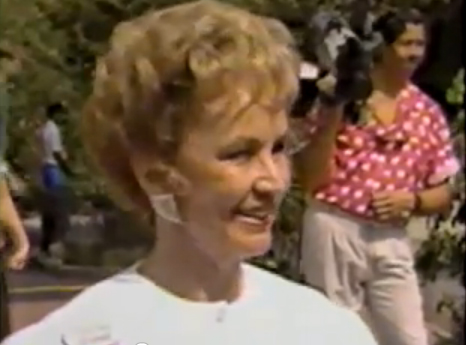 JoAnn Killingsworth at the 1987 reunion.

Blurbs about the Snow White homecoming made it into US newspapers from coast-to-coast. 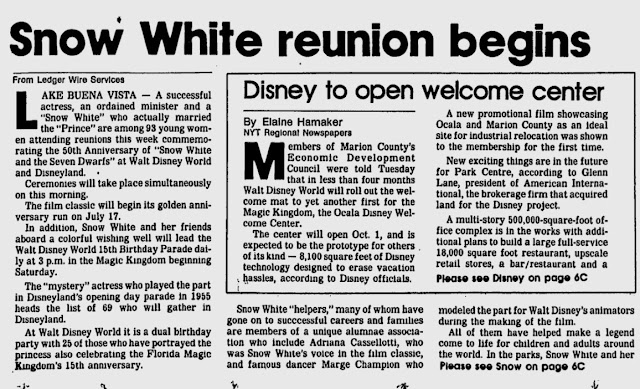 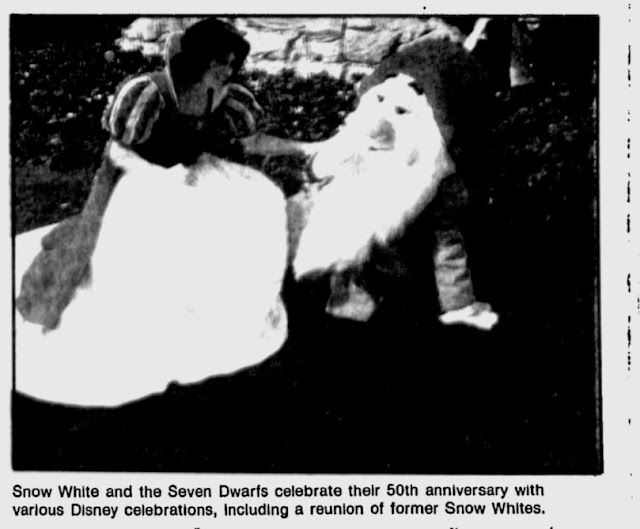 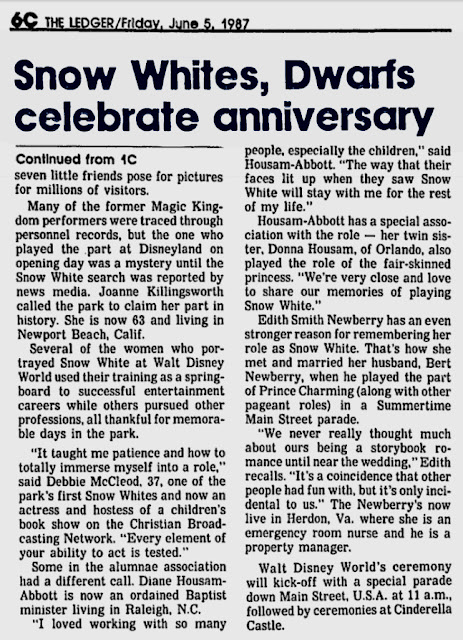 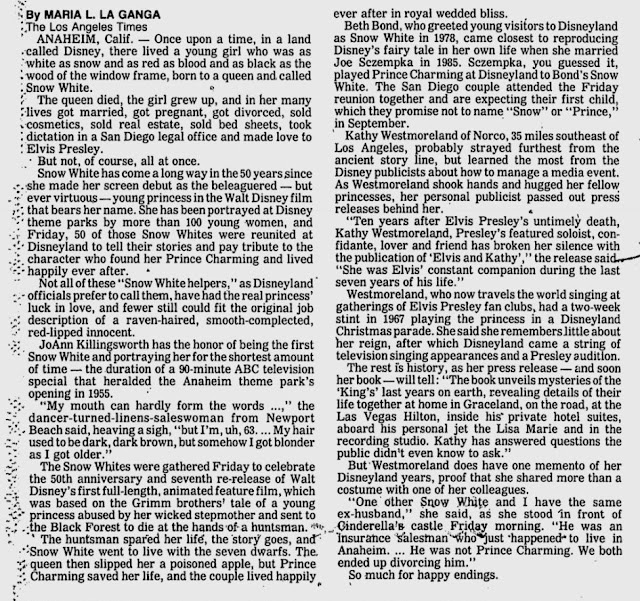 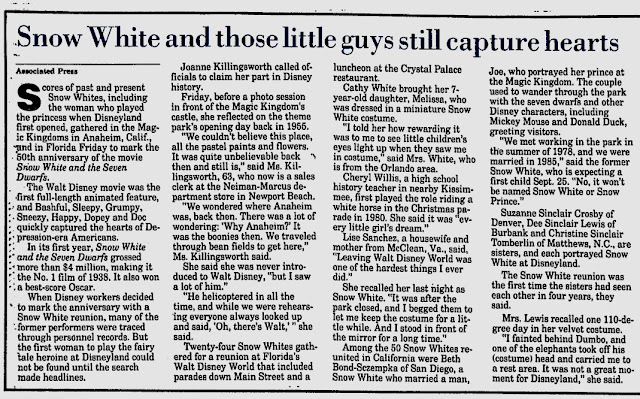 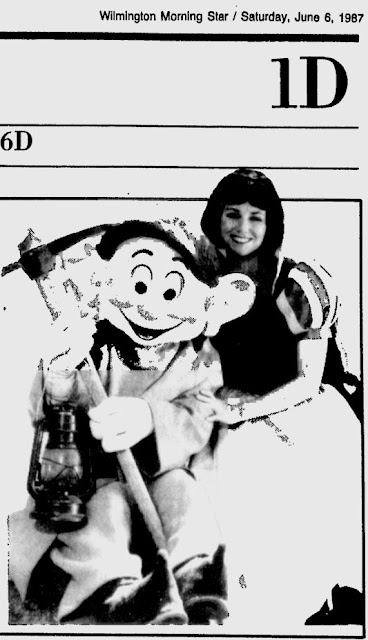 
The reunion was kind of a unique occurrence in that Disney does not often encourage cast members, current or past, to publicly share their experiences of working for the Mouse. But put a bunch of Snows in the same space and they're gonna talk. 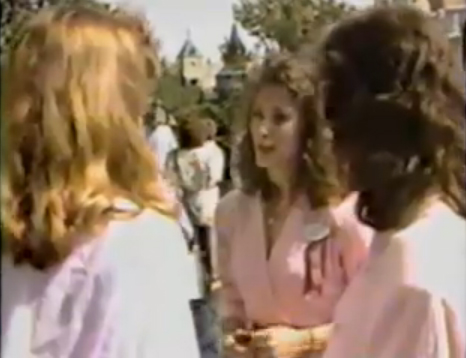 Suzanne Sinclair Crosby of Denver, Dee Sinclair Lewis of Burbank, and Christine Sinclair Romberlin of Matthews, N.C., are sisters and each portrayed Snow White at Disneyland. The Snow White reunion was their first sibling reunion in four years. Lewis recalled one 110-degree day in her velvet costume. “I fainted behind Dumbo, and one of the elephants took off his [costume] head and carried me to a rest area. It was not a great moment for Disneyland.”

Sharon Clarke Jones who lived in Honolulu was one of the Snow Whites who was a grandmother. She was a ticket taker at Disneyland in 1956 when “Walt Disney walked through the park one night and just picked me to be Snow White.”

Twin sisters Diane Abbott and Donna Housan each portrayed the princess in Florida and “love to get together and share our memories of playing Snow White.”

“No, it won’t be named Snow White or Snow Prince,” said Beth Bond-Sczempka of San Diego who married the man who played her prince when the pair greeted visitors at Disneyland in the summer of 1978. They were expecting their first child September 25. Edith Newberry, a former Snow White at Walt Disney World, also married a man who portrayed the Prince.*

* Anecdotes from published news pieces gathered together by Wade Sampson (aka Jim Korkis) in his 2009 Snow White Mouse Planet article. 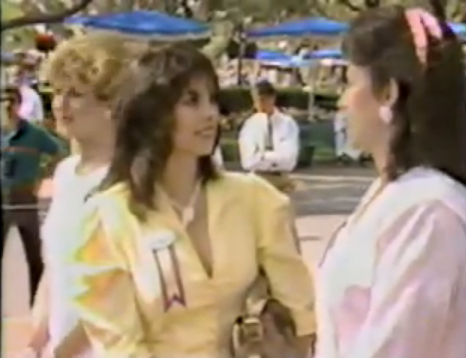 
Coverage of the event also appeared in the Summer 1987 Disneyana Collector newsletter (next post).


It will be interesting to see if Disney does something similar in 2012 for the 75th Anniversary. If so, we'll get 25 more years of anecdotes and another generation of Snow Whites to look forward to.
Posted by Snow White Archive at 12:01 AM