During the 1987 Snow White 50th Anniversary celebration at Disneyland, special commemorative paper cups were used when guests purchased soft drinks. The anniversary logo with Snow and the dwarfs is pictured on one side. She wears a red dress (patterned after the pink dress illustrations used at the time in the movie posters and publicity material). Coca-Cola's sponsorship is noted on the opposite side. 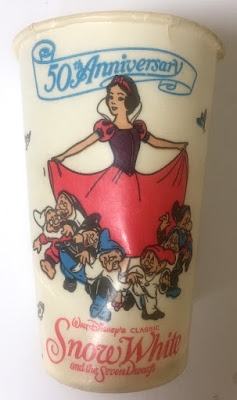 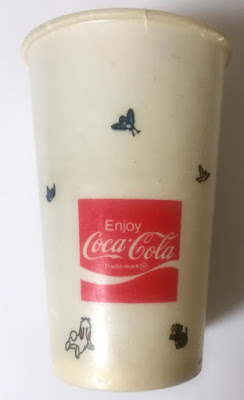 In a variation of the cup, the Coke logo is dropped and the characters are placed opposite the anniversary text. Snow's dress has also turned purple. 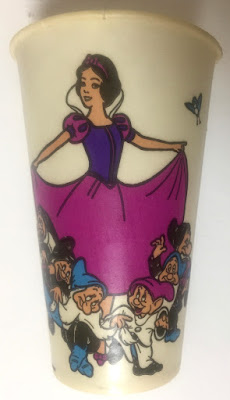 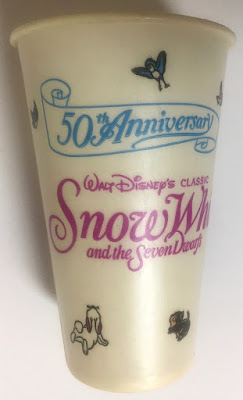 The same design was seen on styrofoam coffee cups too. 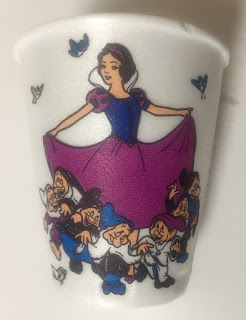 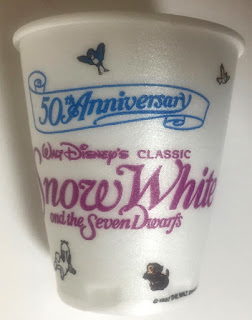 Special thanks to the Kevin Hicks Collection for sharing these images.
Posted by Snow White Archive at 12:01 AM