February 9, 1938: With the coming release of Snow White and the Seven Dwarfs to Canada, questions arise as to whether children will be allowed to see the film in Quebec cinemas. Eleven years earlier, lawmakers in the province made it illegal for youngsters to enter theatres after a fire tragedy occurred in 1927.

Now, however, with all the hype surrounding the premiere of Snow White in Hollywood and it's five-week run at New York's Radio City Music Hall, Montreal newspaper staff writer Abel Vinberg, ponders the dilemma facing movie theatre owners as well as legislators. In The Gazette, the writer suggests that "authorities may decide to wink at violations" since there has been no talk of repealing the law. 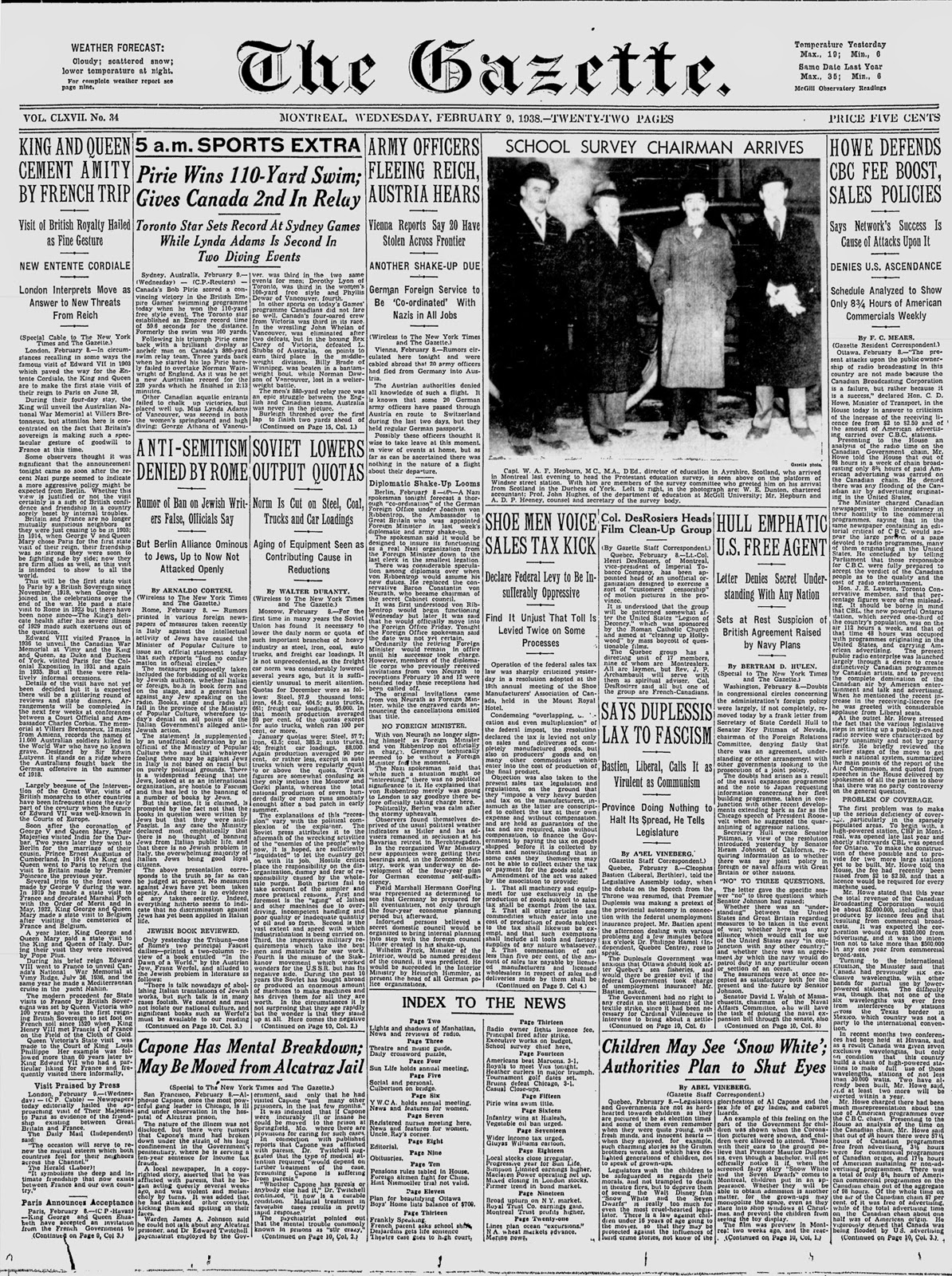 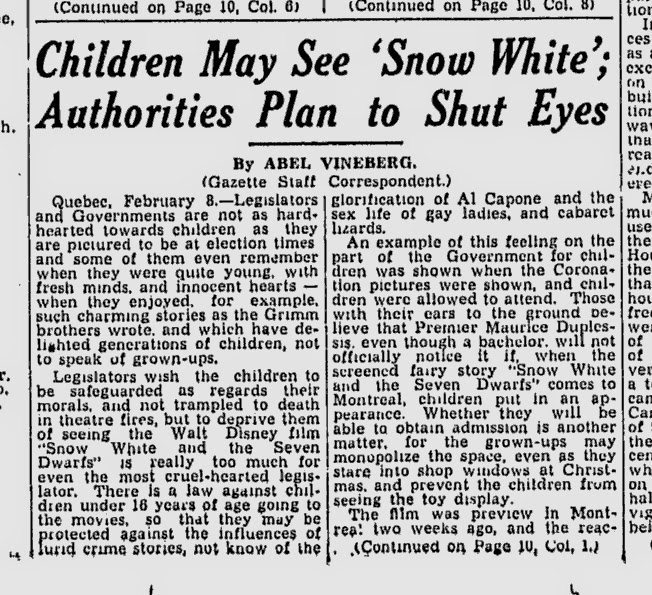 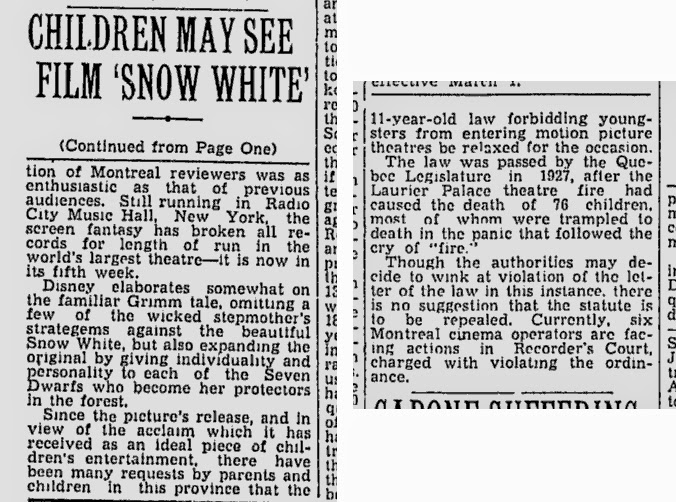 
Thank you to Merrick Dunphy for letting us know about this one.
Posted by Snow White Archive at 12:00 AM

Email ThisBlogThis!Share to TwitterShare to FacebookShare to Pinterest
Labels: ~history behind the film, ~magazines/newspapers, canada