In the previous Archive entry, we saw the Return of Snow White--Le retour de Blanche-Neige--which was first released in 1954 by French publisher Hachette. In 1958, the story was reissued in Italy by Arnoldo Mondadori Editore. Rather than a stand-alone book, it was instead incorporated into a collection of Disney stories entitled, Nuove Avventure della Grande Tribù (New Adventures of the Great Tribes).

Snow White is shown with brown hair and blue eyes on the front cover. 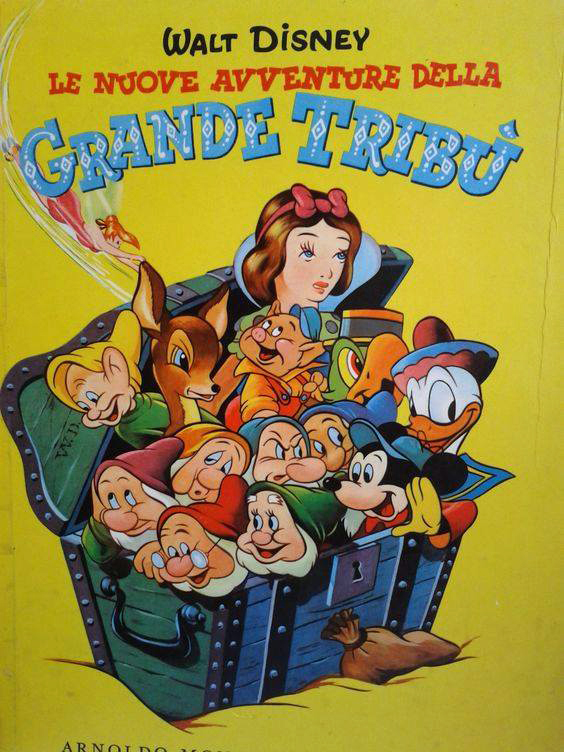 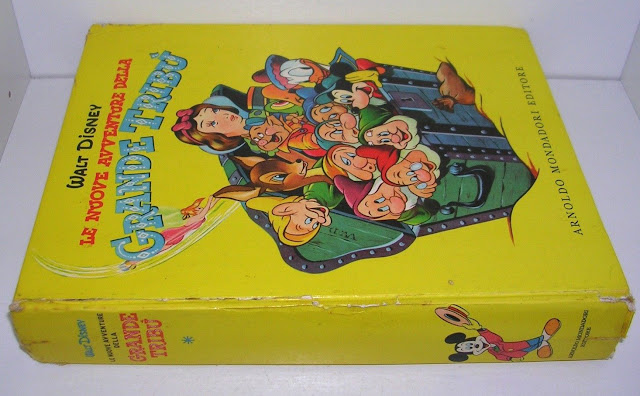 Marching dwarfs are pictured on the endpapers of the book. 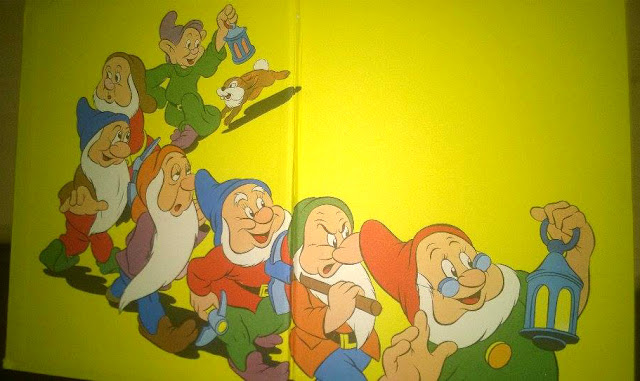 The Return of Snow White (Il ritorno di Biancaneve) features the same Al Dempster stylized artwork from the French edition, although not all of the illustrations were used. 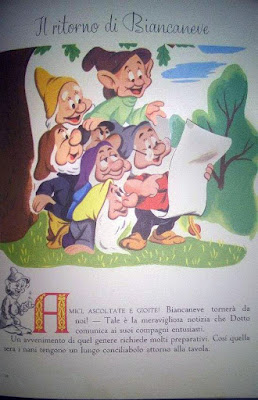 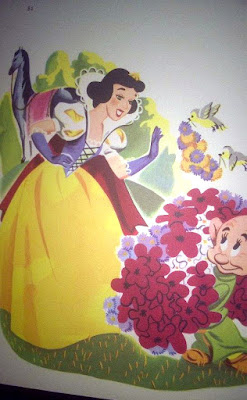 A second Snow White tale, Gli amici di Biancaneve (The Friends of Snow White), was also included in this Mondadori edition. This was a story first published in 1940 by Heath and Company of Boston, part of anthology called, Water Babies' Circus and Other Stories. The original illustrations from that book were reprinted in this Italian version. 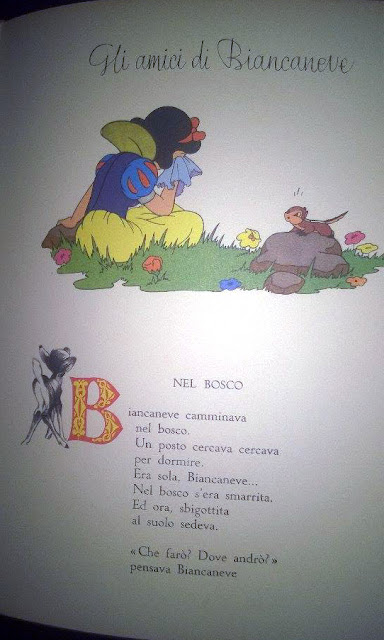 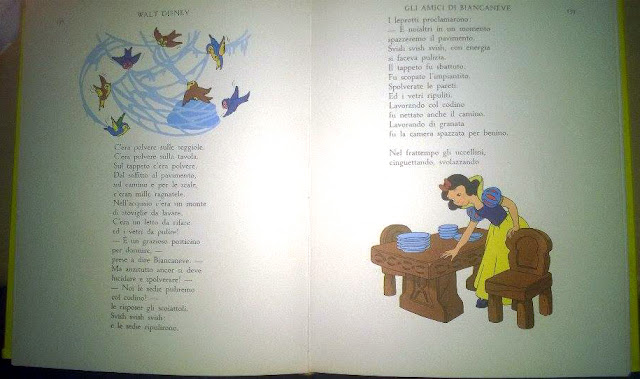 Nuove Avventure della Grande Tribù was republished in Italy many times over the years. 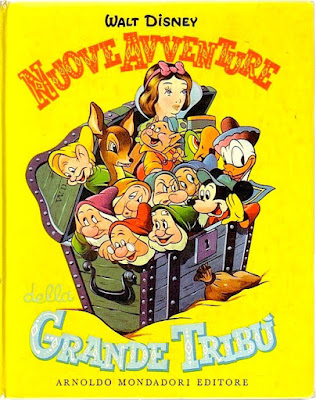 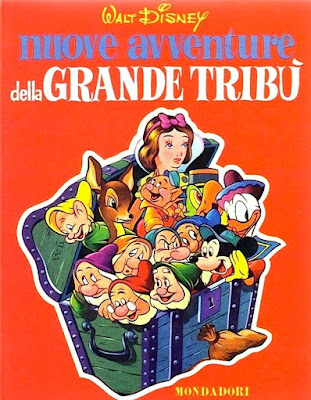 
Special thanks to Nunziante Valoroso for providing info and additional photos from his collection.
Posted by Snow White Archive at 12:01 AM