Artist Al Dempster's stylistic depictions of the Snow White characters--seen in the 1954 French picture book Le retour de Blanche-Neige and in the 1958 Italian Nuove Avventure della Grande Tribù--were reproduced as 3-dimensional rubber figures by Ledraplastic of Italy. Both a large and small series were issued from the 1960s through the 80s.

Similarities can be seen with the illustrations in the storybook. 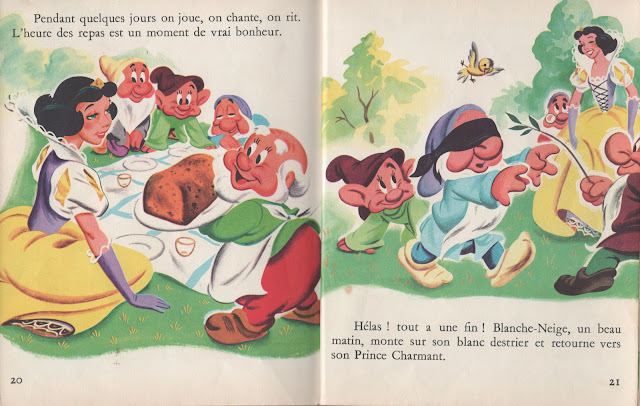 
The characters are shown with stylized facial expressions and body postures. The dwarfs are about are 20 cm tall. 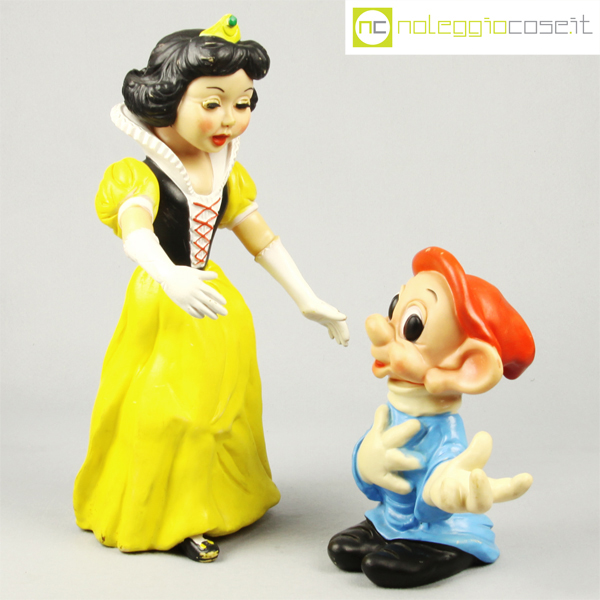 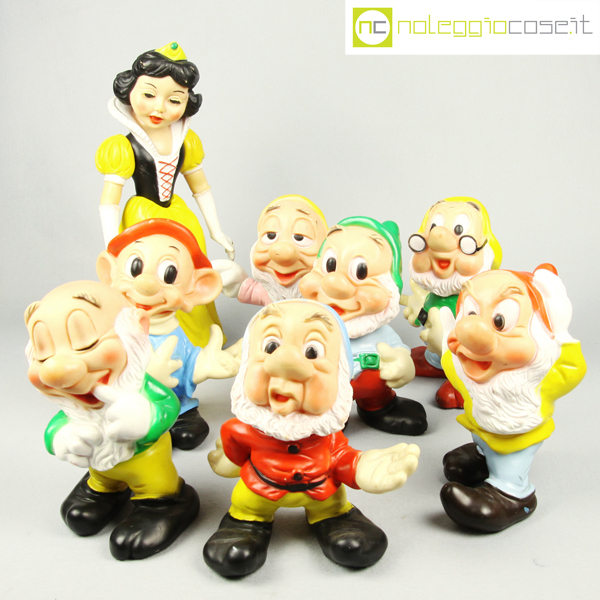 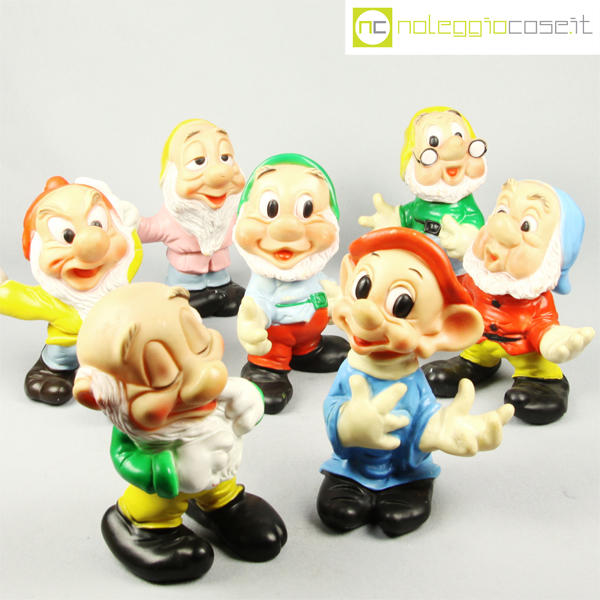 The Ledraplastic elephant logo is encircled by the Walt Disney Productions copyright imprint. 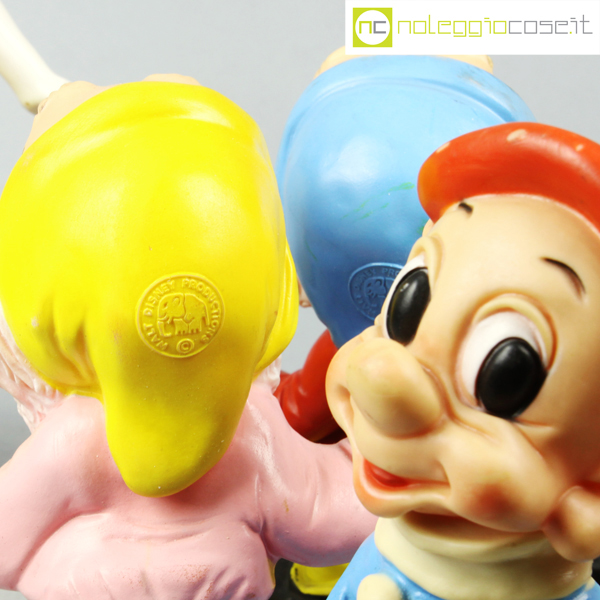 
In the smaller series, Snow is about 24 cm high and the dwarfs 14 cm. In this example, she wears a red bow instead of a tiara, and the brown bodice and white gloves are gone. 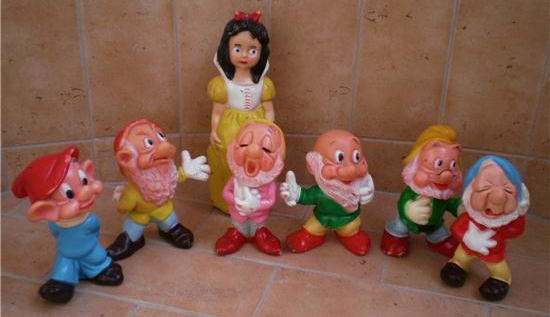 Utilizing the same figure molds, other Snow Whites were depicted with blond hair and blue dresses. Although she might more closely resemble Alice in Wonderland, this is still considered to be Snow White. 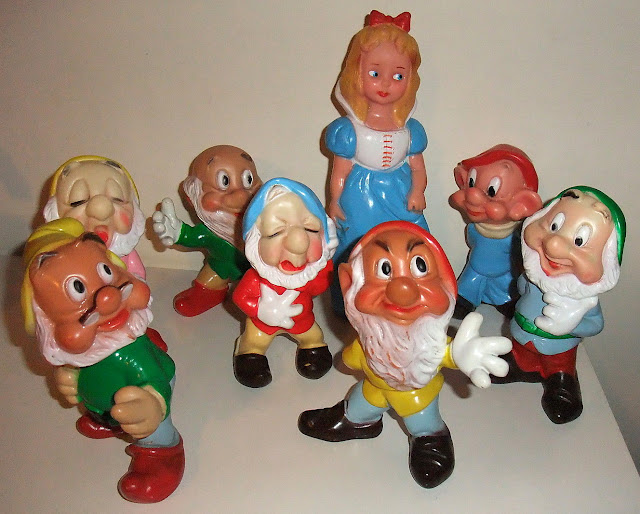 The same figures are shown in their original packaging. 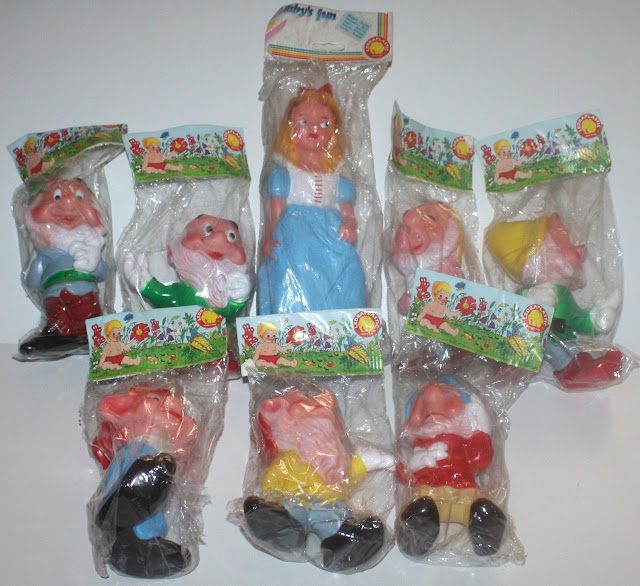 In the 1960s and 70s, the Ledra Snow White dolls were some of the most popular in Italy. They were also available in France. A big thank you to Nunziante Valoroso for his invaluable assistance with this post.
Posted by Snow White Archive at 12:01 AM