Le retour de Blanche-Neige--The Return of Snow White--is a storybook published by Hachette in France. The first edition dates from 1954, but many reprints were issued over the next couple decades. It's part of the Les Albums Roses series of children's books. The highly stylized artwork is by Al Dempster. 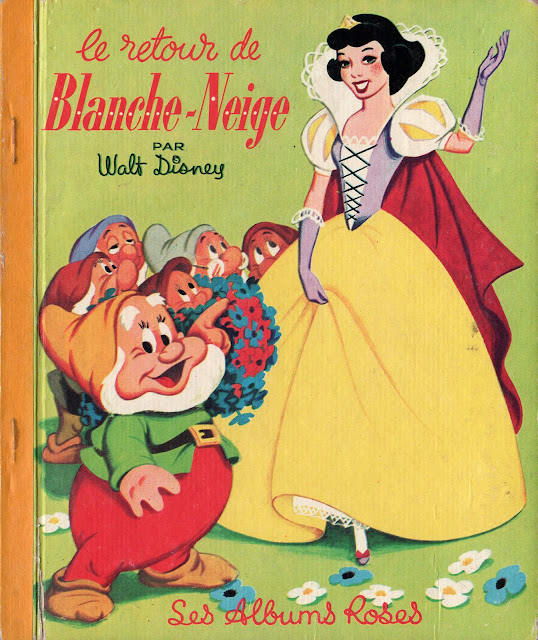 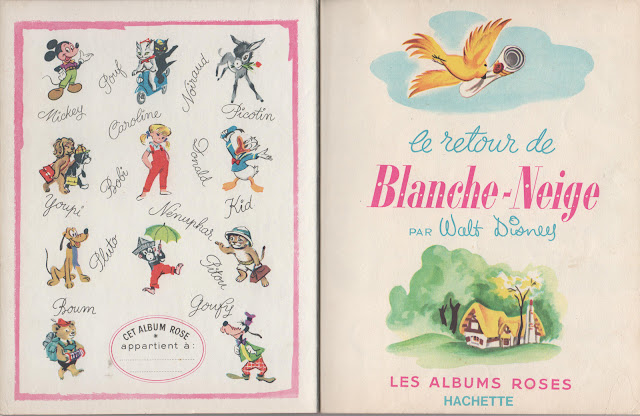 Story synopsis: The dwarfs receive a letter announcing a visit from Snow White. So they build a castle just for her. When she arrives, they offer her a huge bouquet. She excuses the Prince who is busy reviewing his troops, but he thought of them and sent Champagne! They all eat, drink, and sing. Doc offers a big diamond from their mine. Snow stays a few days and it’s all fun and games. One day, she rides a white horse (that happens to be grey in the illustration), and she swears that she’ll be back. 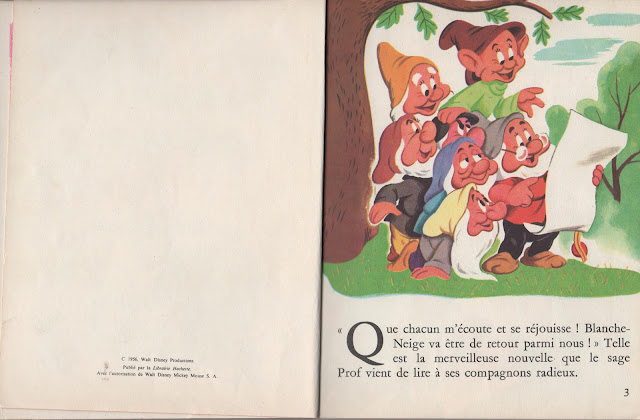 This particular Hachette edition was printed in Poland, 1965. 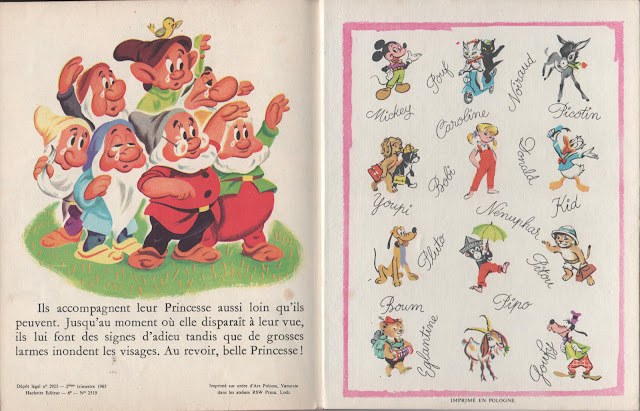 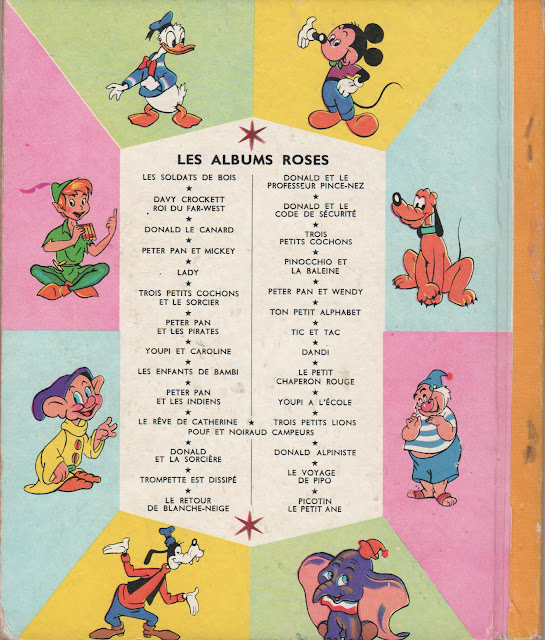 
The story was also reprinted in Italy, part of an anthology of tales called Nuove Avventure della Grande Tribù (New Adventures of the Great Tribes). First published in 1958 by Mondadori and reprinted many times. We'll have a look at it in the next post.

Thank you to Greg Philip of A Lost Film for providing the story synopsis, publication dates, and the image scans. Also to Nunziante Valoroso for additional info and for letting us know about this title.
Posted by Snow White Archive at 12:01 AM