In the late 1930s, the Aluminum Goods Manufacturing Company (later renamed to Mirro Aluminum Company) of Manitowoc, Wisconsin produced a surprising array of Snow White toy percolator sets in their Mirro Aluminum Playthings line. The 9-piece design below is marked "© 1937 Walt Disney Enterprises". In 2011, it was sold at auction by Hakes for $208.72. A side label reads, "Percolator Set" and the manufacturer model number, 224M. It includes an aluminum percolator, saucers (2), cups (2), spoons (2), and paper napkins (2). Box measures 9" x 13" x 3.5". 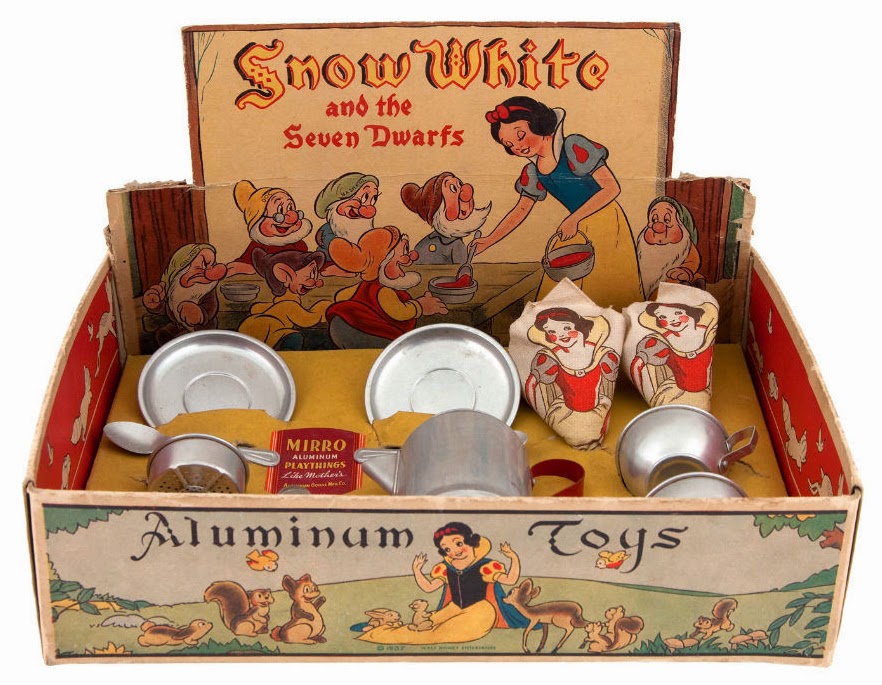 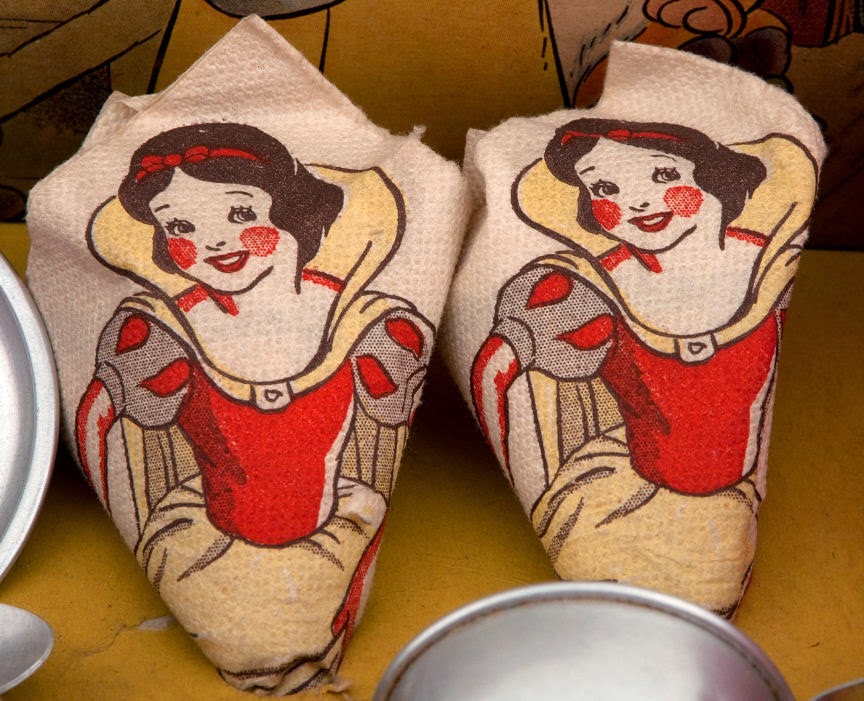 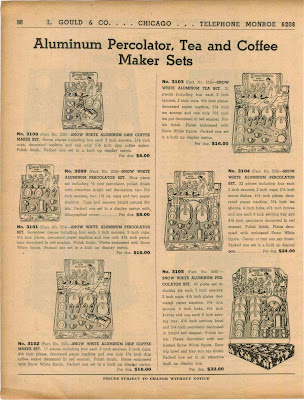 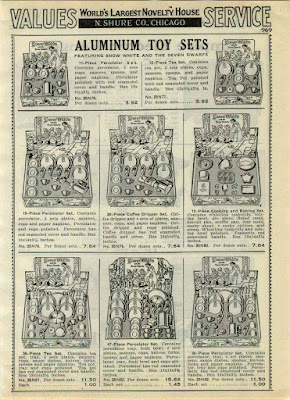 
Another 1938 catalog page, this one from Nerlich & Co. of Toronto. 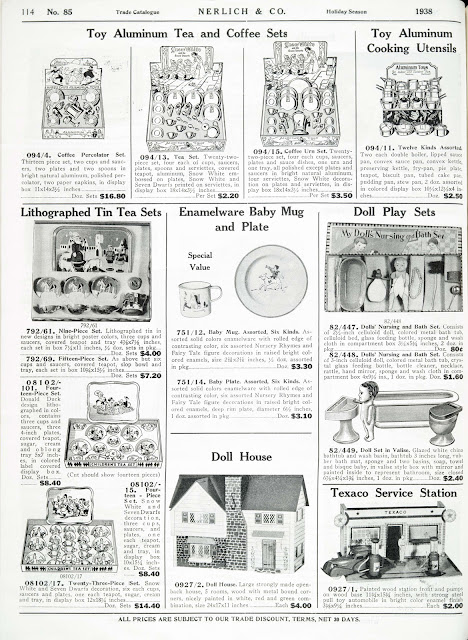 These 4.5" diameter plates were available in the larger sets. Each features an embossed image of Snow White. 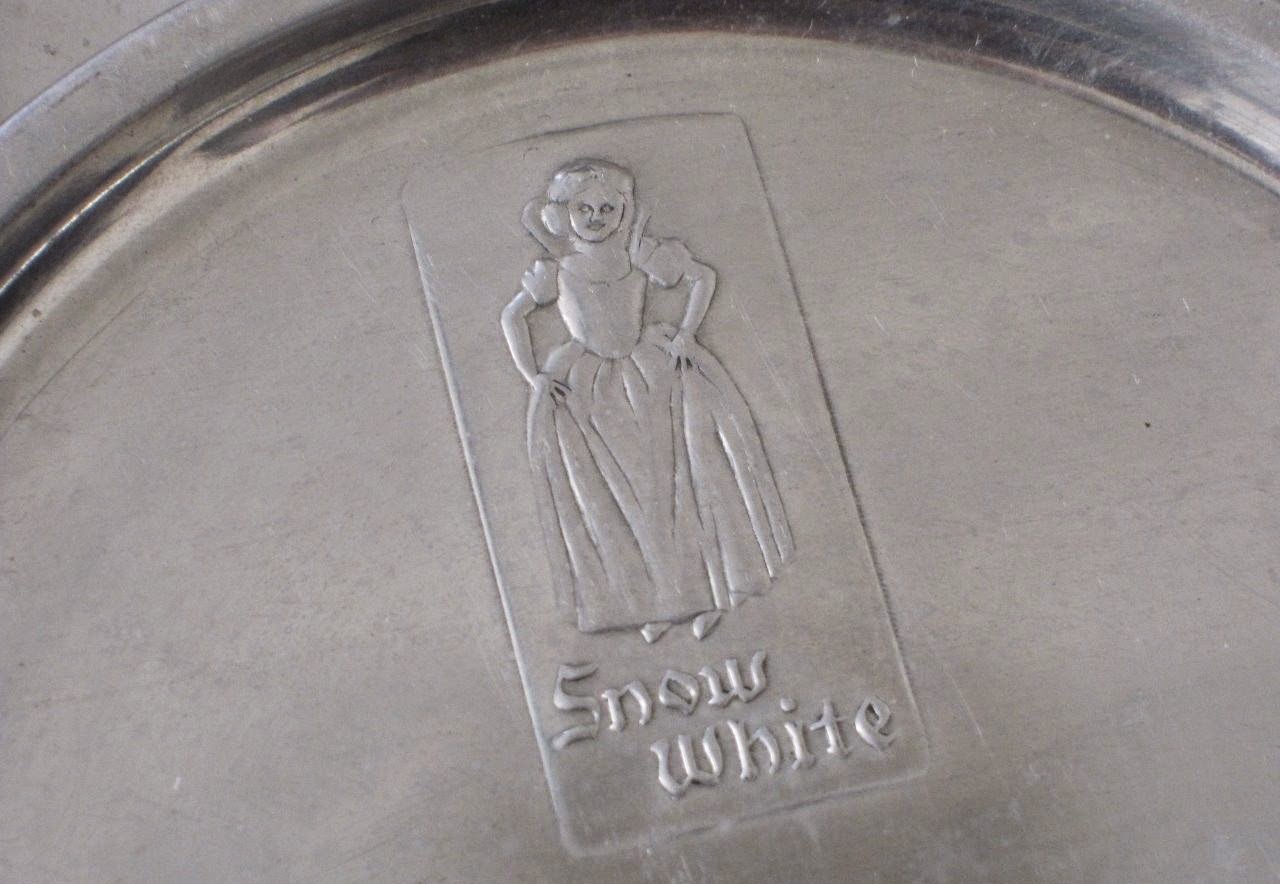 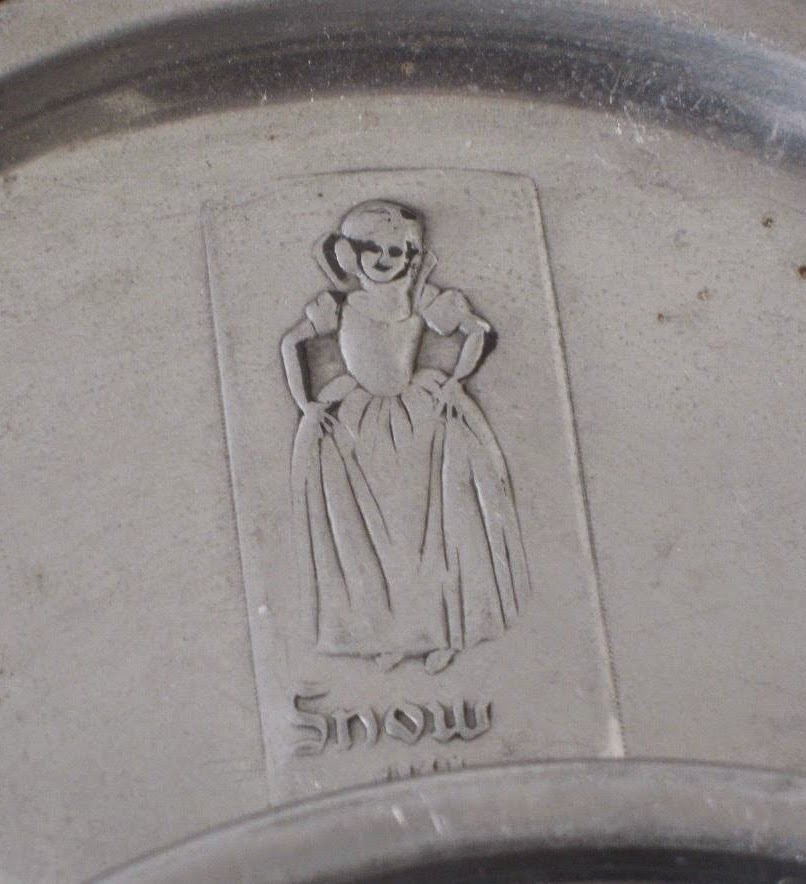 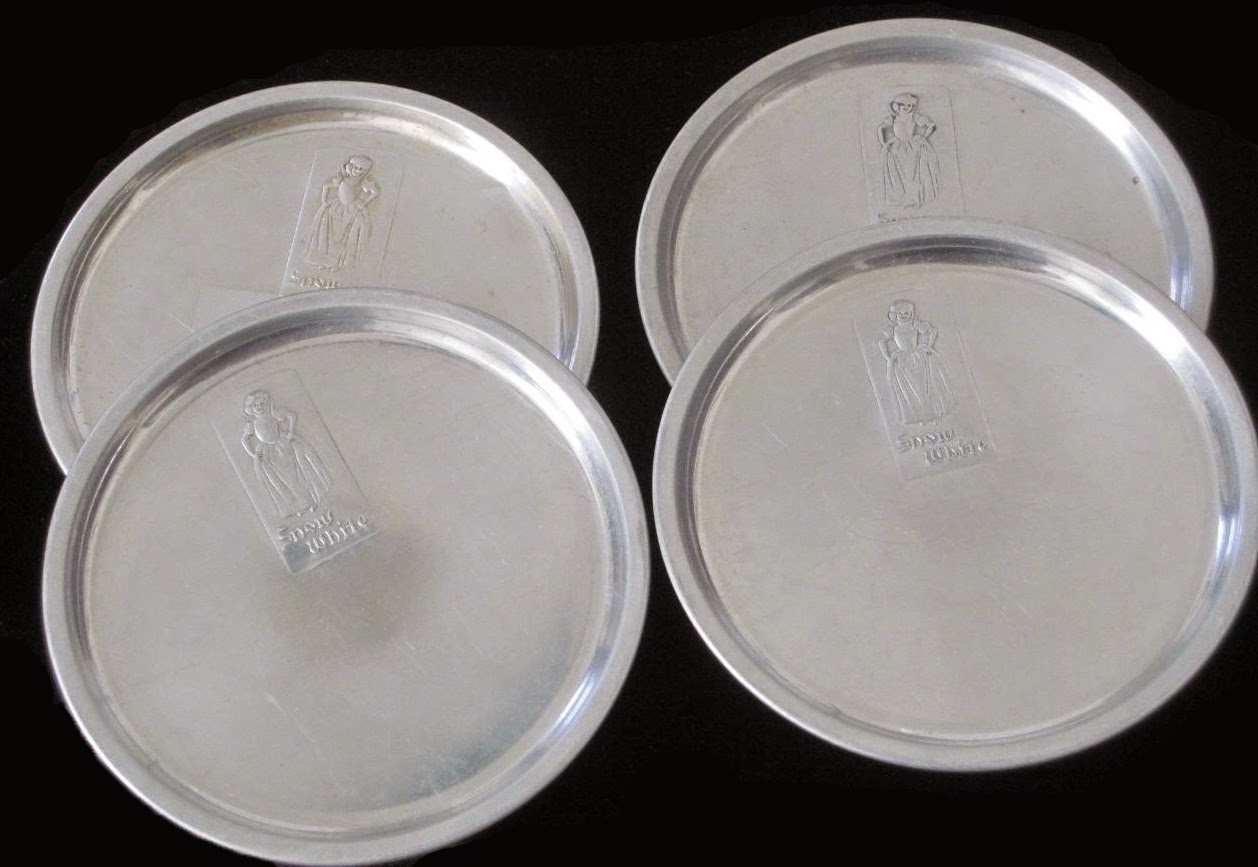 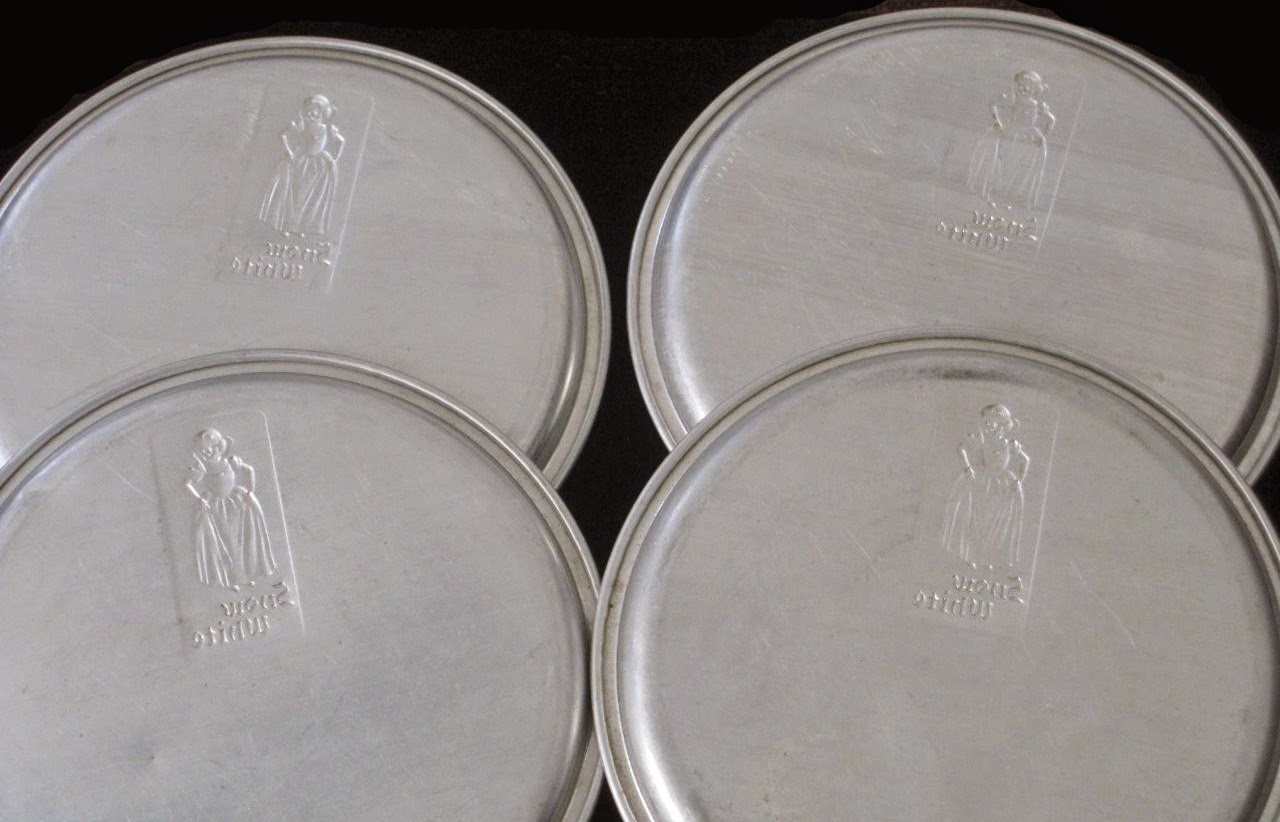 This next image comes from the Fawcett's Antique Toy Museum. It looks to be manufacturer model no. 555, the Drip Coffee Maker set (listed as no. 3102 in the L. Gould & Co. catalog). However, the photo below also includes a few additional pieces that weren't originally part of the Snow White set. 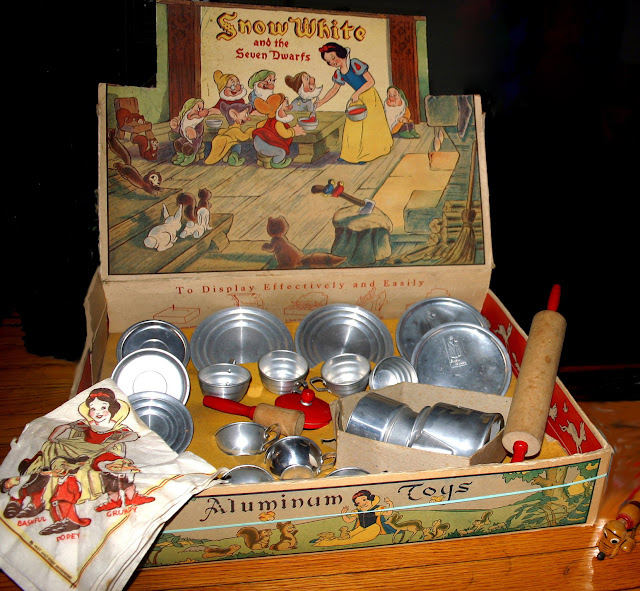 Another boxed set appears in the 1992 Collector's Encyclopedia of Disneyana by Longest and Stern, p.141. 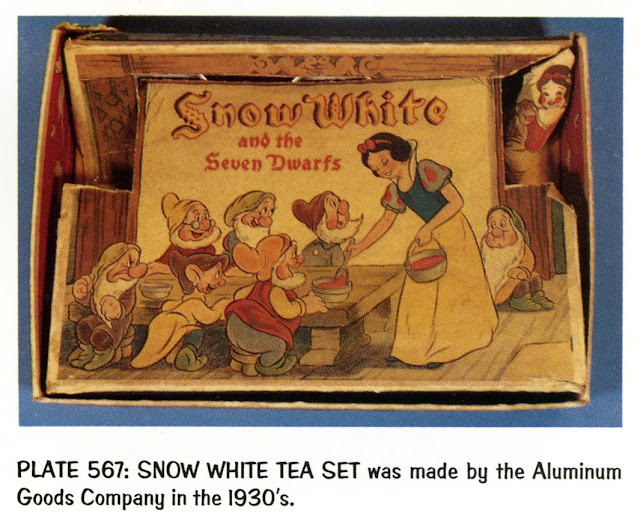 Several aluminum cups have been found online, all with the embossed Snow White along the side. This one measures approximately 2.25" high x 3" across the rim. Rounded handle 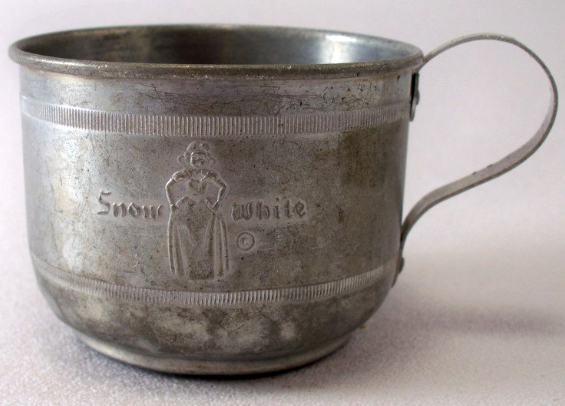 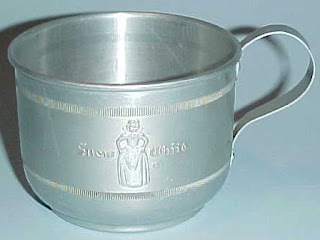 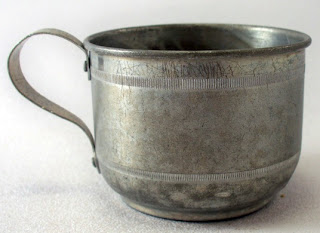 In another example, the handle is more angular. 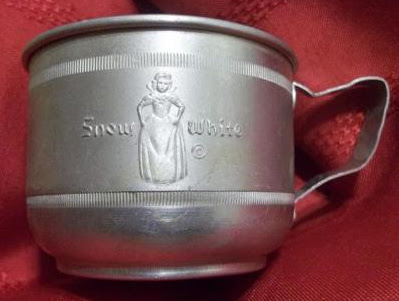 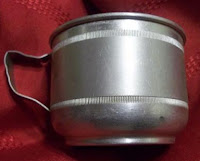 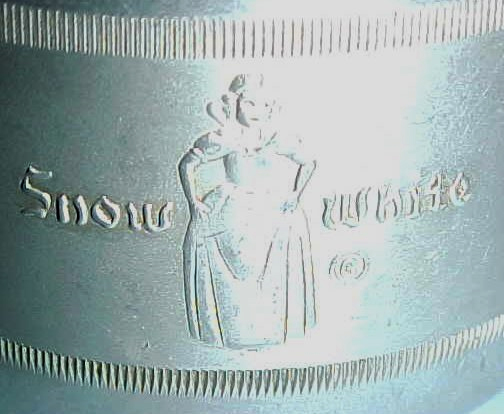 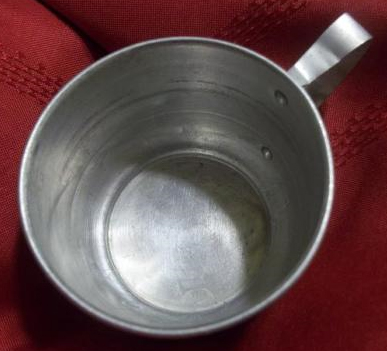 In a third example, a similarly embossed font and Snow White figure are used, but her animal friends are also included on either side. The cup is a slightly wider flat bottom design with the angular handle. 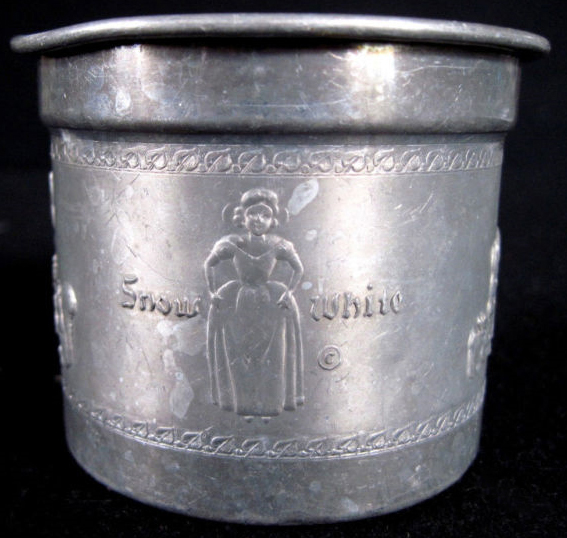 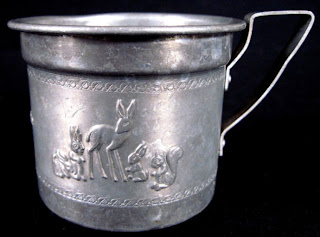 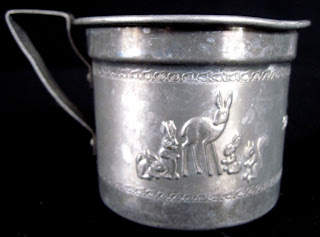 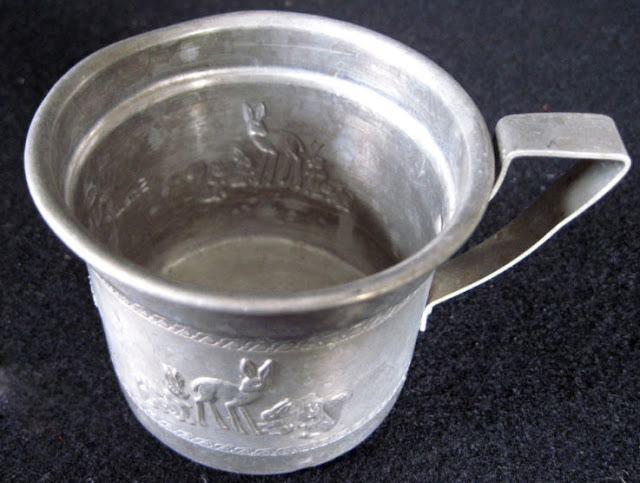 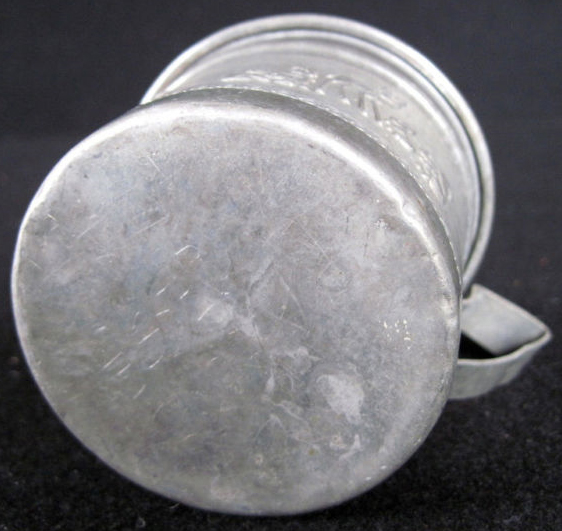