Two series of lobby cards were issued for the 1983 French re-release of Snow White. Nine in each set. Some of the frames may have been used in both Série A and Série B. Fourteen of potentially eighteen cards are shown below. Dimensions: 29,7 x 24 cm (just slightly smaller than the 1973 cards). Distributed by Walt Disney Productions. 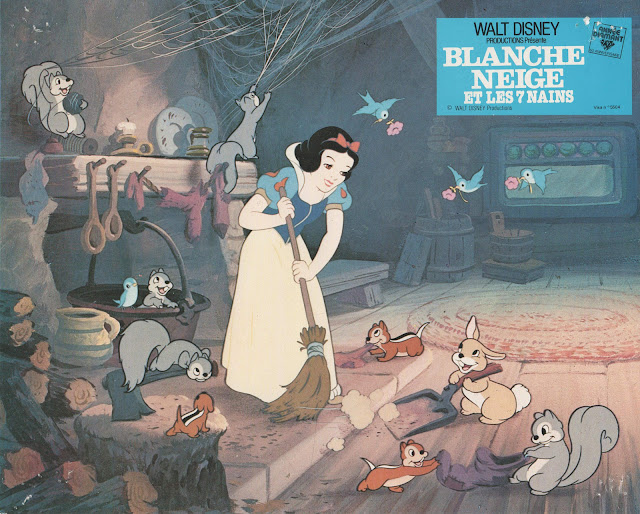 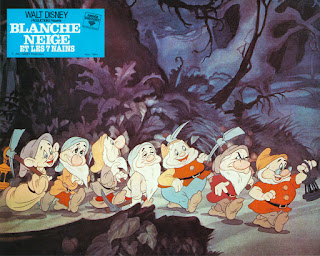 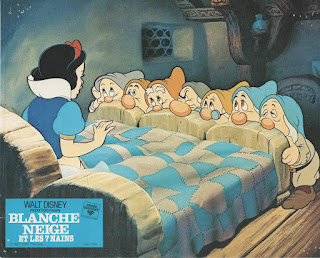 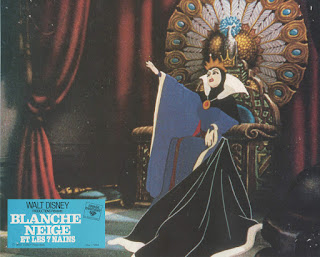 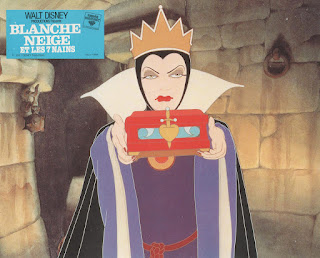 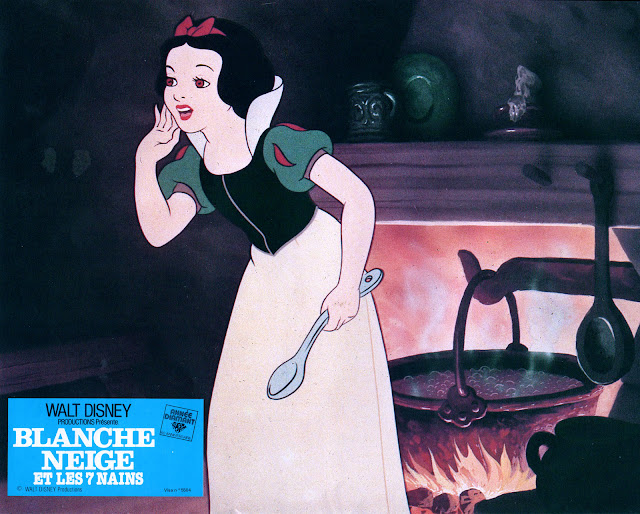 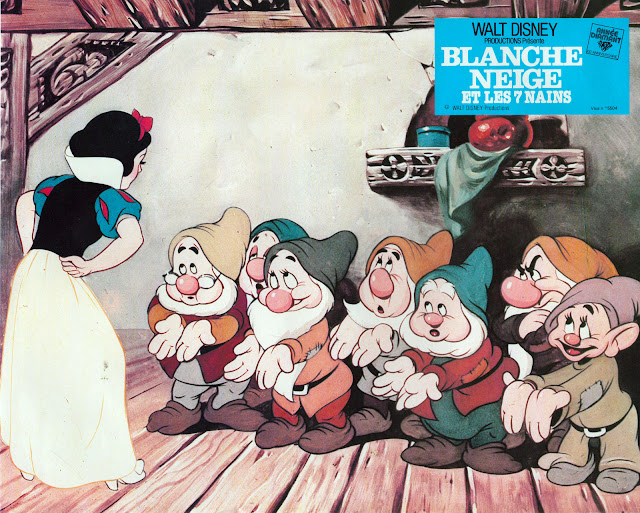 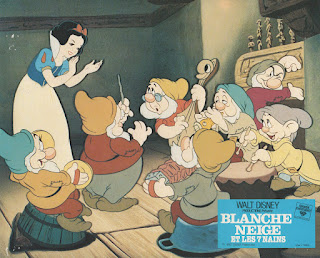 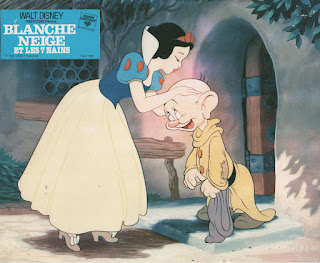 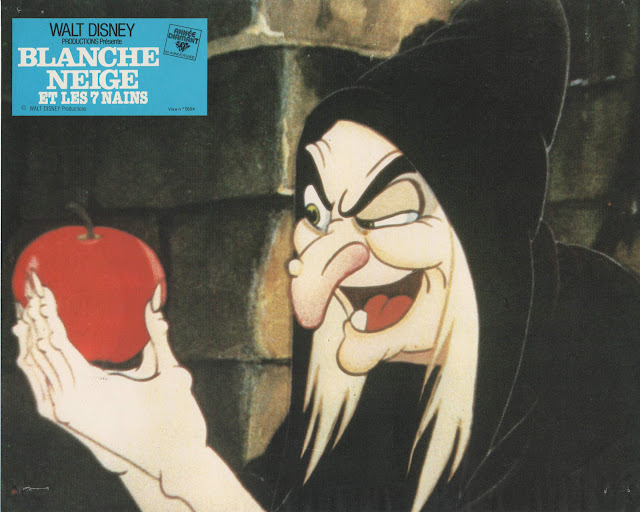 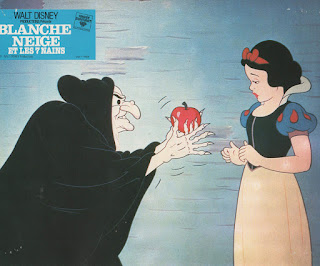 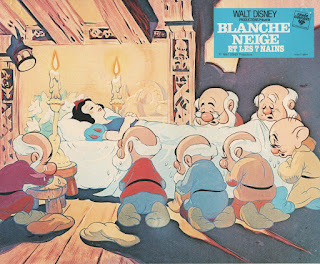 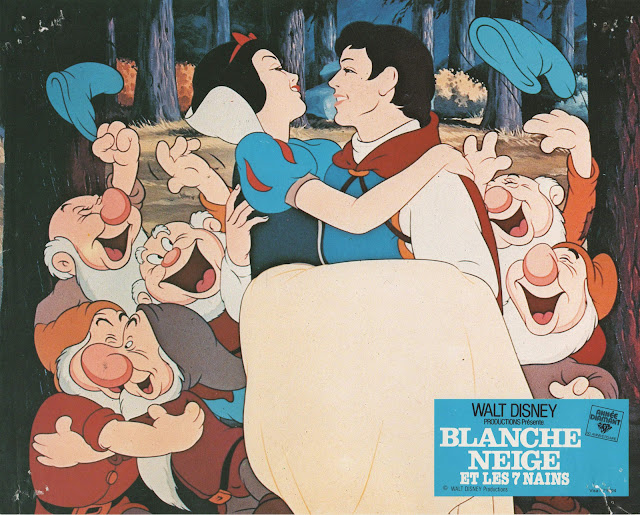 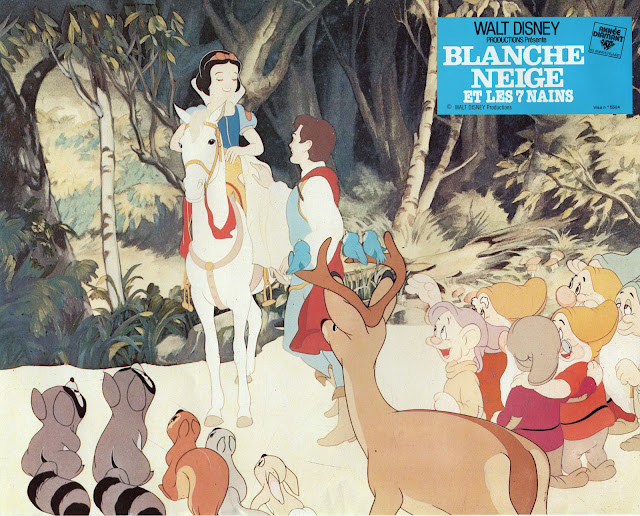 Envelope for Série B. 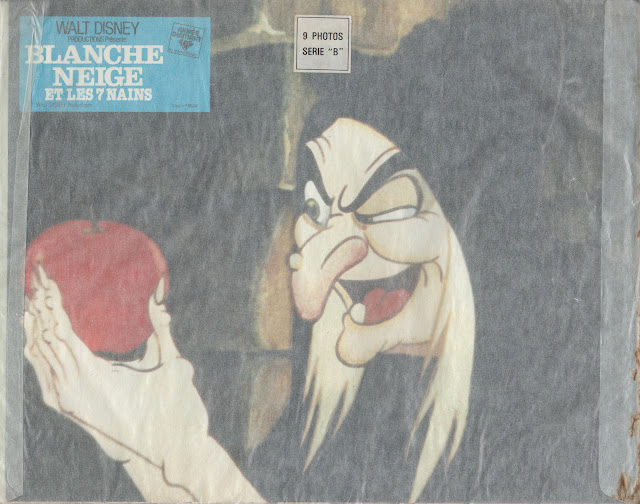 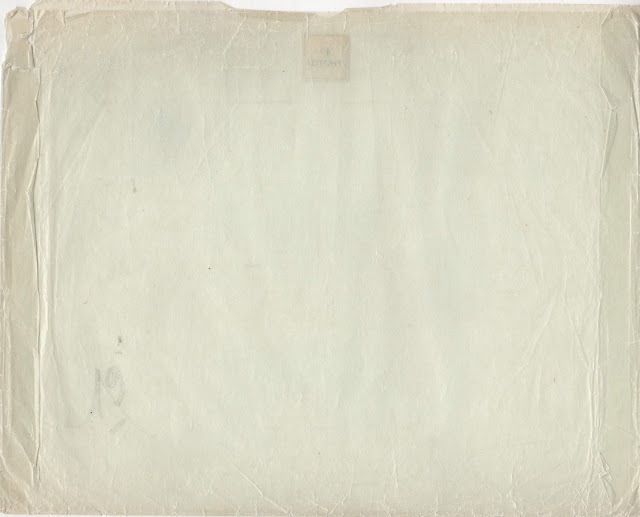 Image scans and info courtesy of Greg Philip of A Lost Film and also the Edgar Winkler Collection.
Posted by Snow White Archive at 12:01 AM