In the decades that followed the original theatrical release of Snow White, a variety of sticker albums would be published by Fher of Bilbao, Spain. Each contained numbered blank spaces where corresponding picture cards (cromos) could be glued onto the pages. The card designs were identical to the ones used in the 1951 Italian set and also the international editions from Brazil, France, Germany and probably others too. The early Spanish versions differ, however, in that most only include 216 card spaces as opposed to the 240 of the other books.

The design of this first album is unique from all of the others in that it was laid out in a landscape-format. There is no publication date, but several online sellers claim that it's from circa 1941 (the same year the movie first premiered in Spain). If this is accurate, then the book would be the forerunner to all of the other international editions that were printed a decade or more later. Four (4) card spaces per page, 216 total. 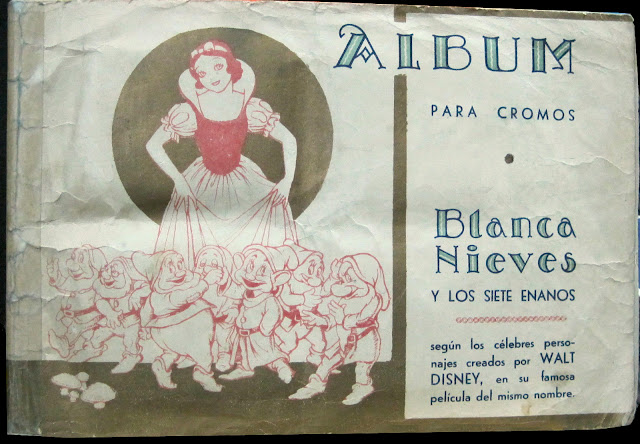 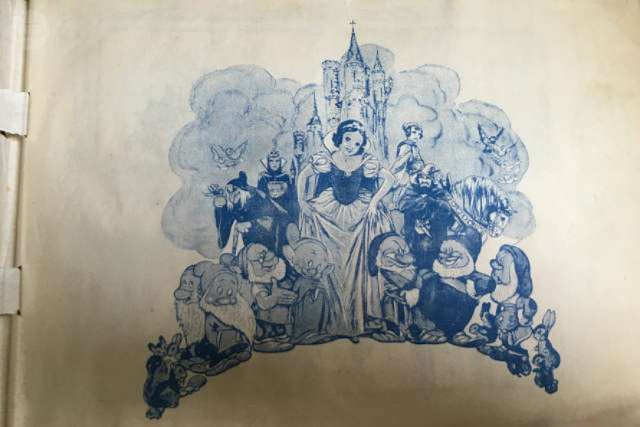 Pages with the multi-colored cards attached. 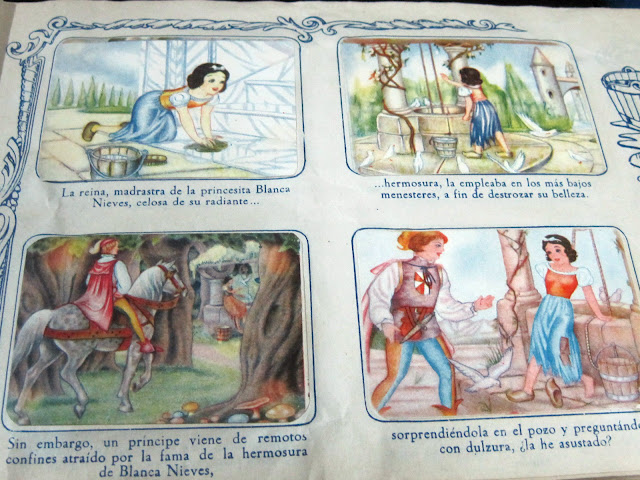 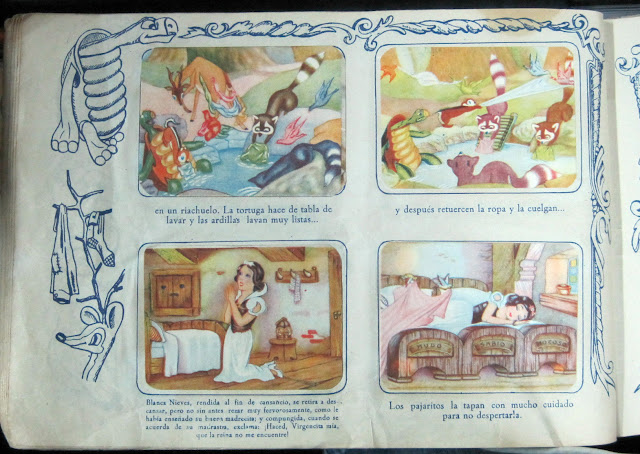 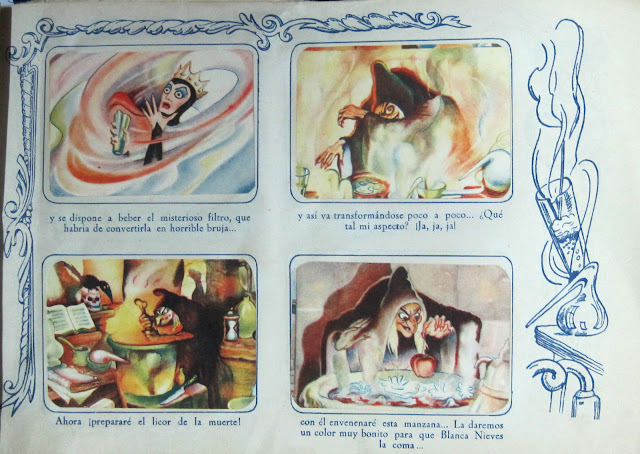 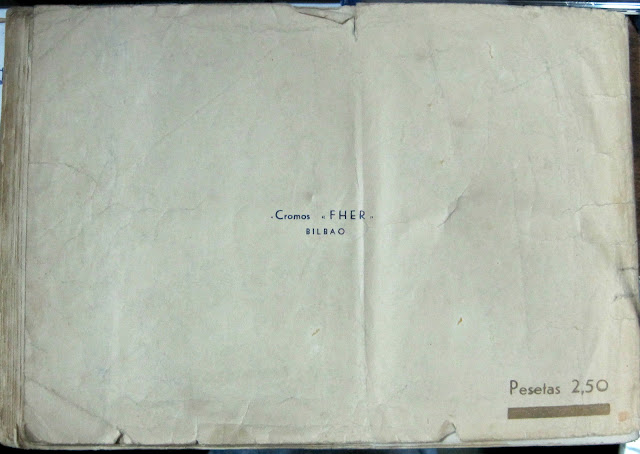 
Other Fher editions were printed in the vertical format with full-color cover artwork. This Snow White design is similar to the other international albums except that it also includes a border of "forest animals". Six (6) card spaces per page, a total of only 171. Price: 2 pesetas. 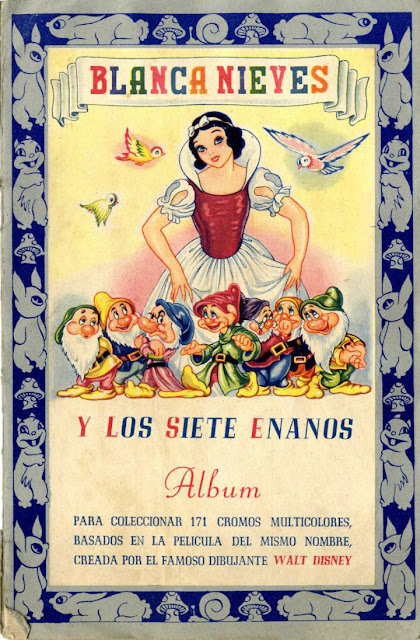 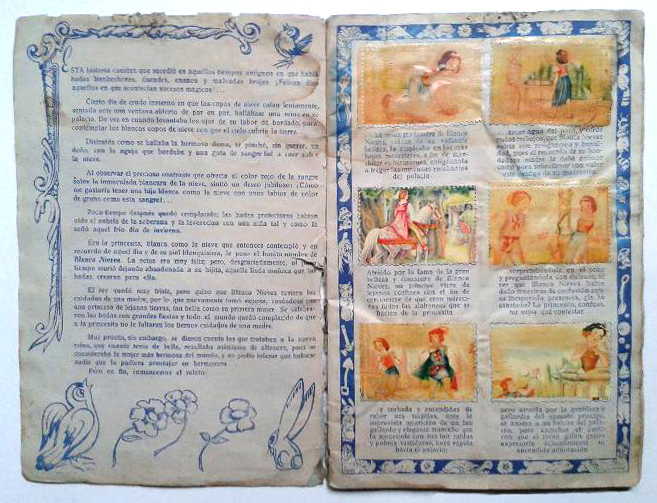 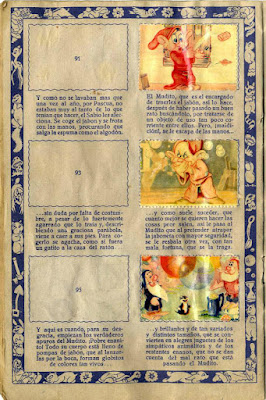 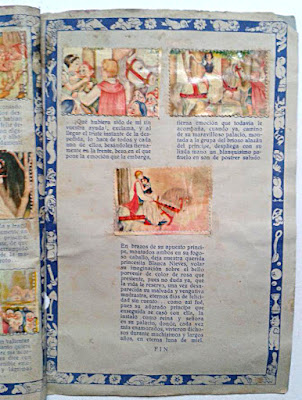 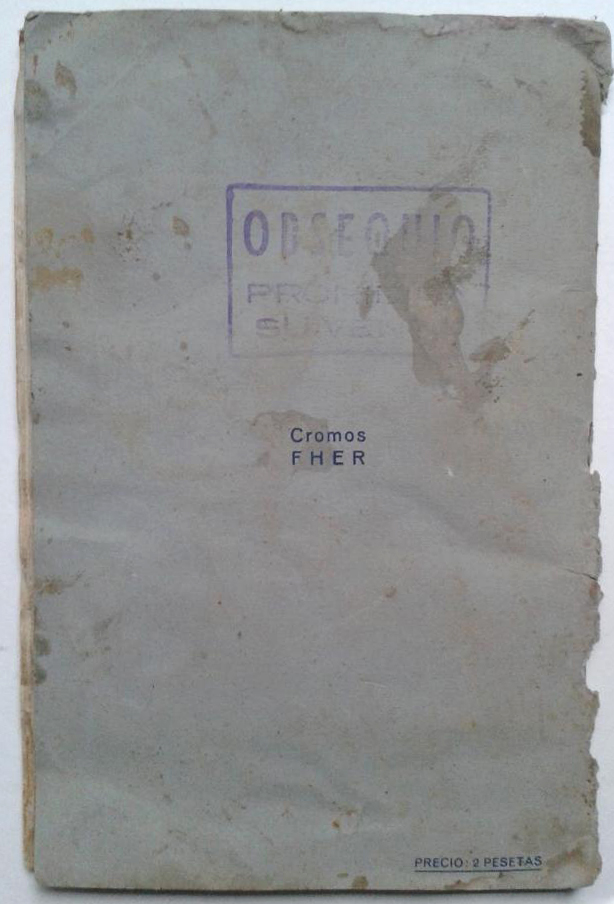 
A "luxury" or deluxe version (Album de Lujo) was produced with a slightly altered animal border on the cover. Eight (8) card spaces per page, a total of 216. 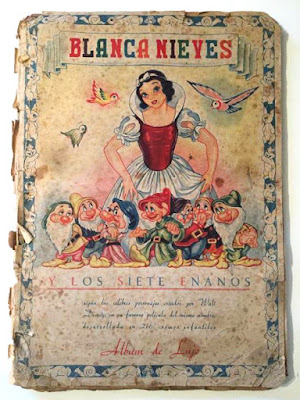 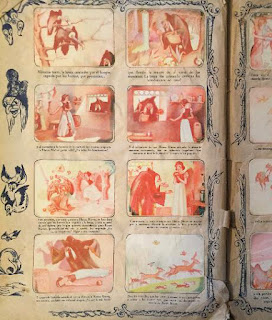 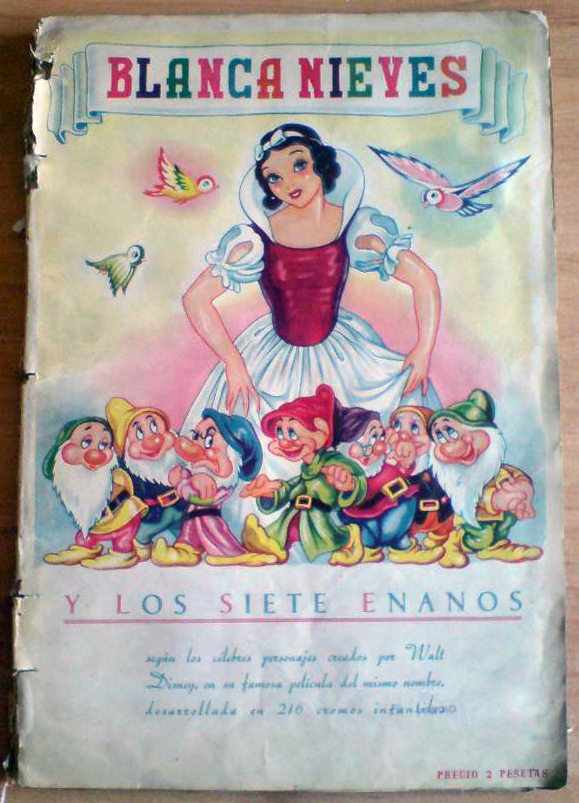 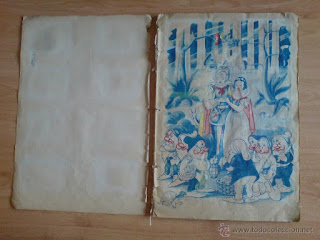 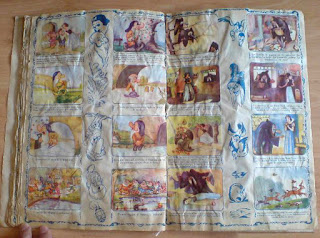 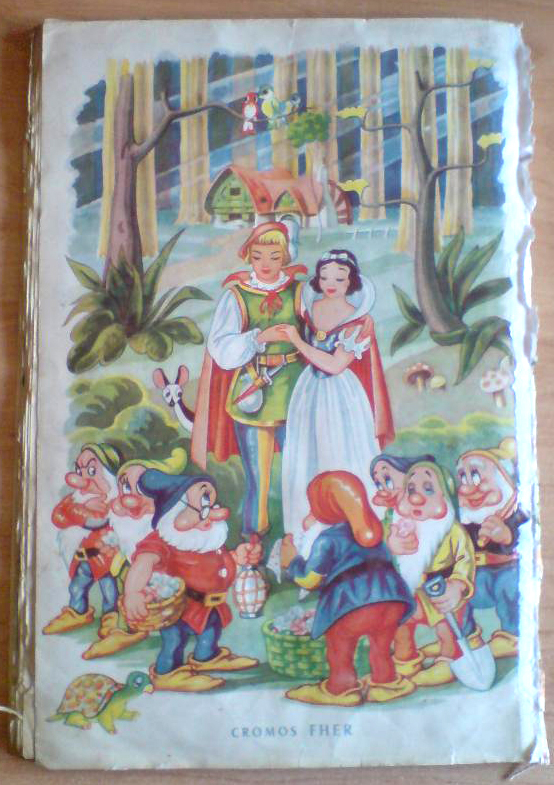 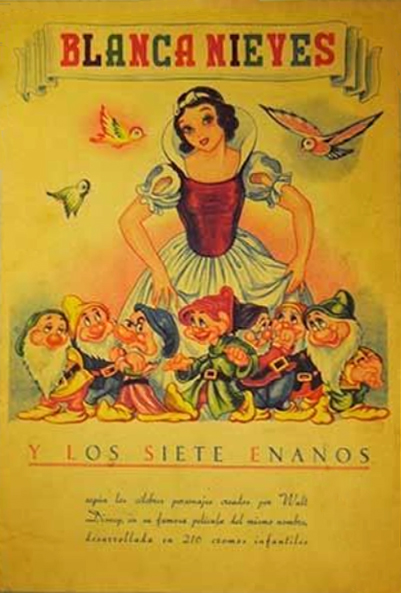 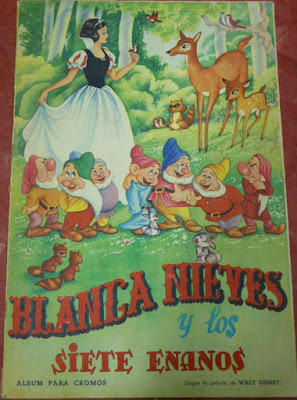 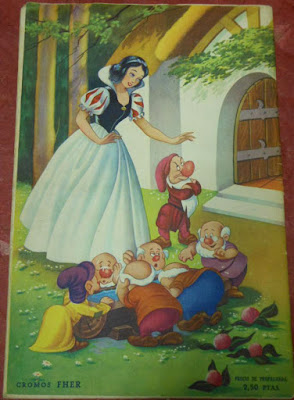 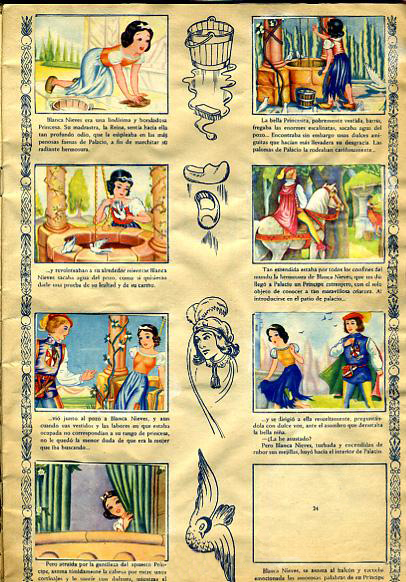 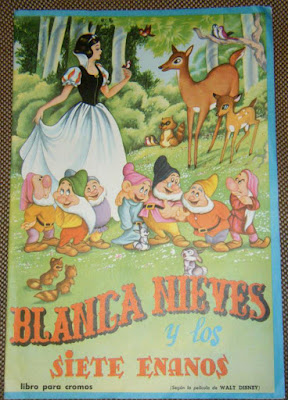 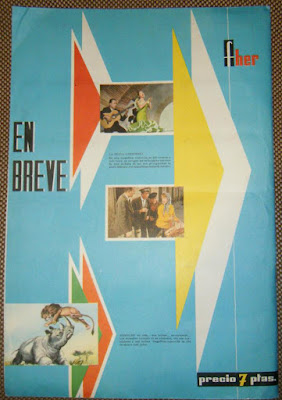 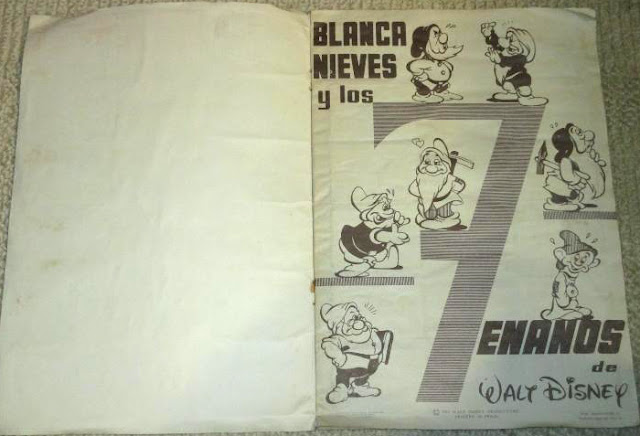 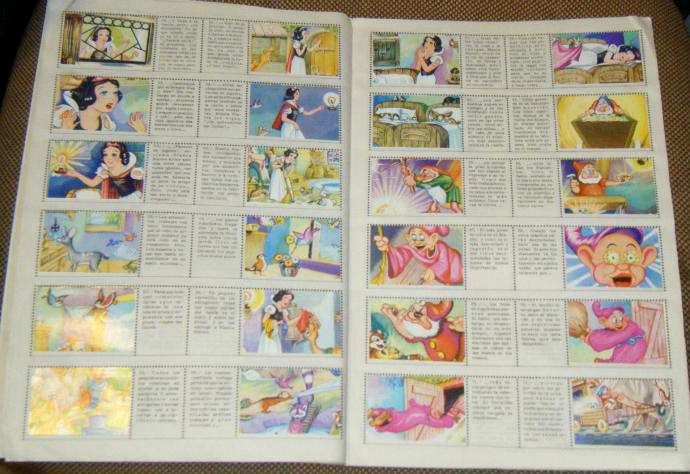 
An early example of the back of a picture card. 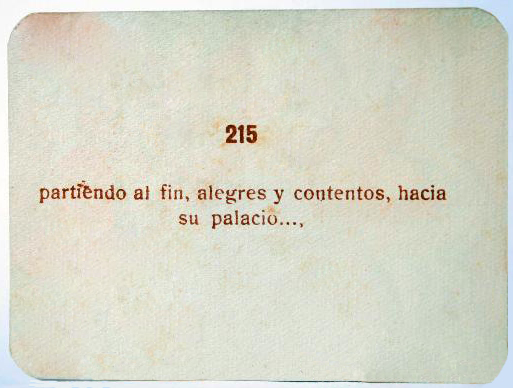 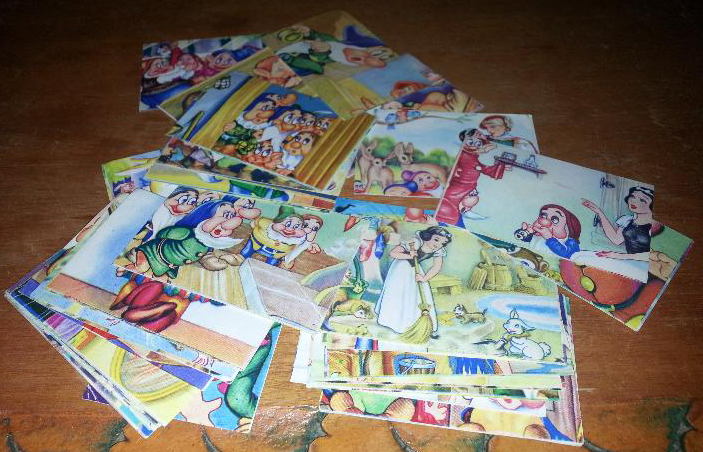 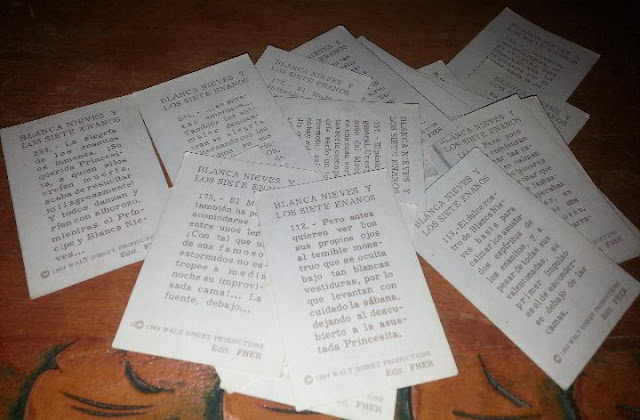