The Queen consults the Magic Mirror inside the globe while the Witch, Huntsman, and dungeon skeleton inhabit the space around the base. The spellbook and skull are perched on top. A bottom-mounted on/off switch controls the light-up mirror and plays a full 40 seconds of original dialogue from the scene in the film where the Queen transforms into the Witch. Battery powered. Originally sold in 2000 via the Disney Catalog for $65. Re-released online in 2008 for $79.50. 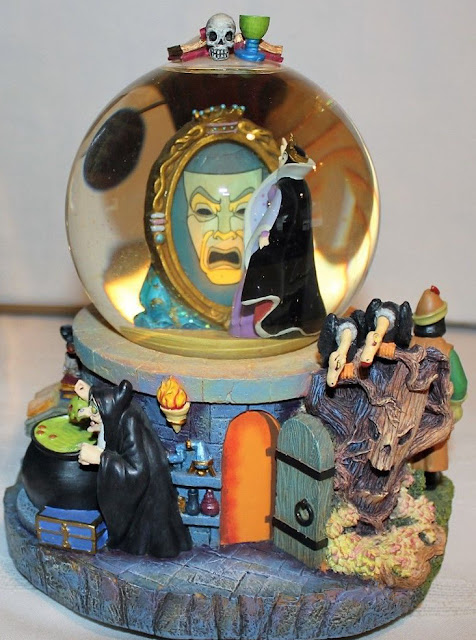 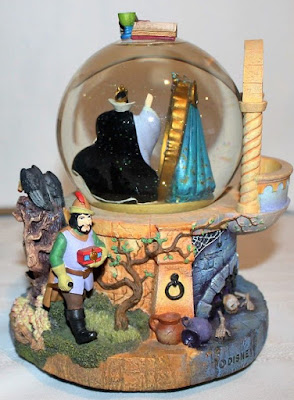 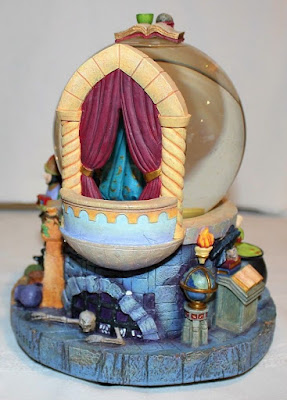 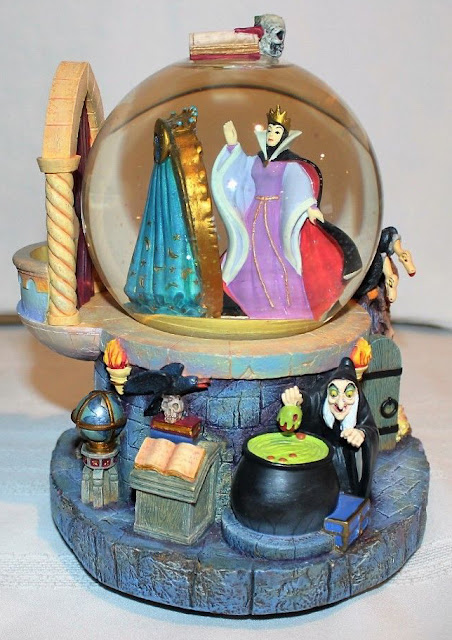 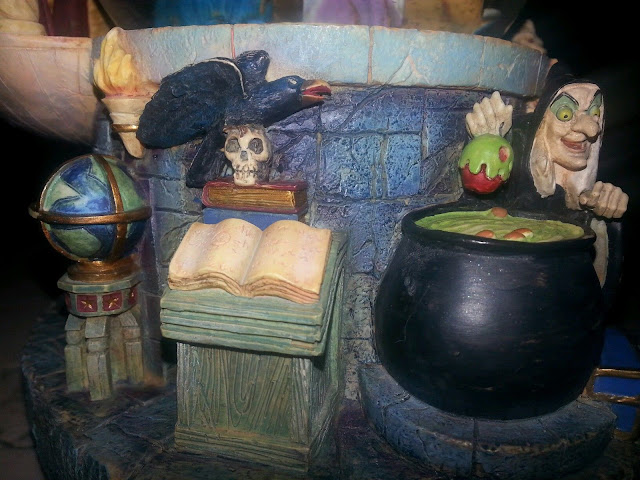 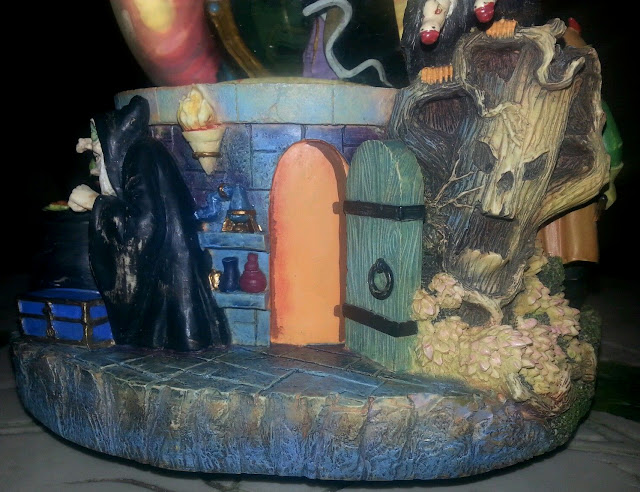 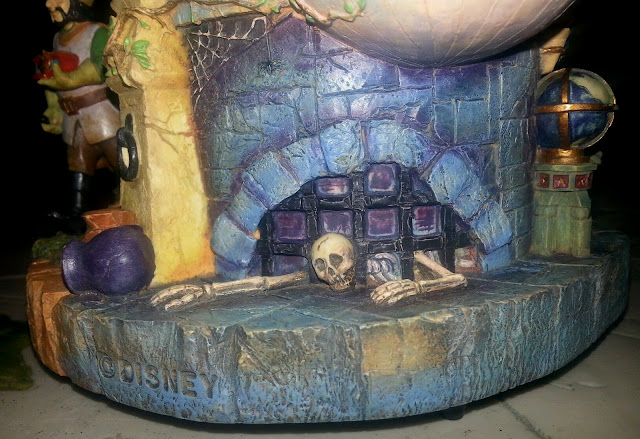 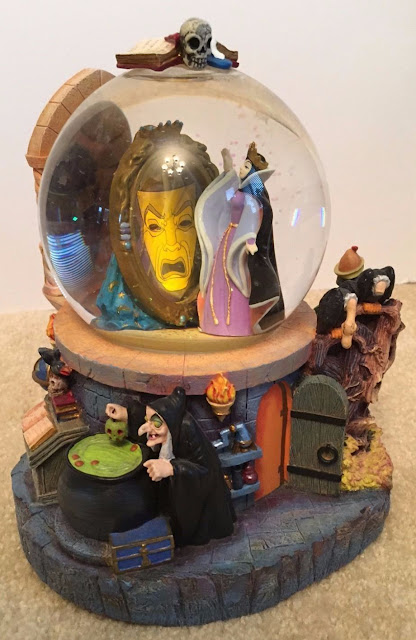 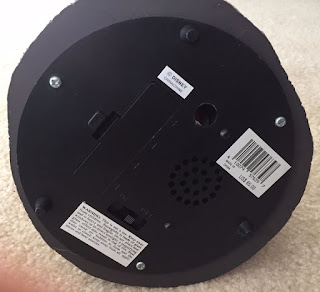 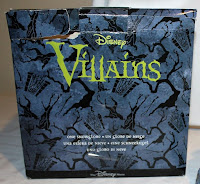 Email ThisBlogThis!Share to TwitterShare to FacebookShare to Pinterest
Labels: ~snowglobes