A Snow White postcard from former Yugoslavia. Vintage Gustaf Tenggren artwork is featured on the front along with the Croatian text, "Snjeguljica i Sedam patuljaka". 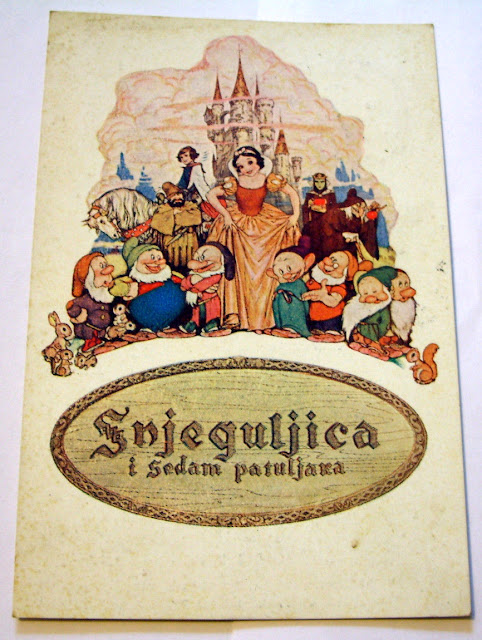 On the opposite side is an announcement for the March 23-27, 1939 premiere screenings in Čakovečki, a city located in what is now northern Croatia. The film was distributed throughout Yugoslavia by Avala Film. The postmark on the card appears to be from the 14th of March, 1939. 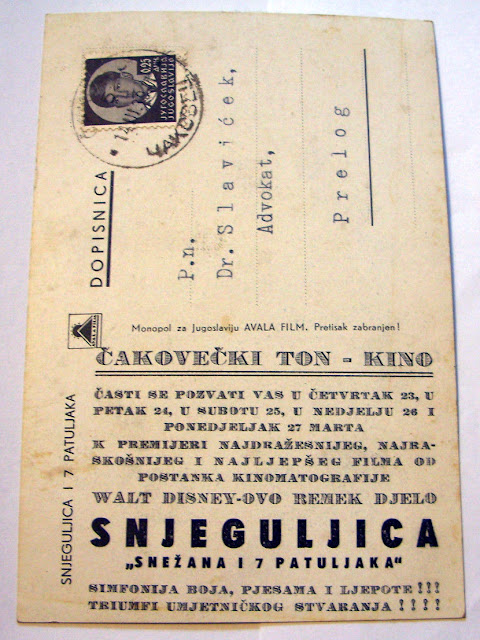 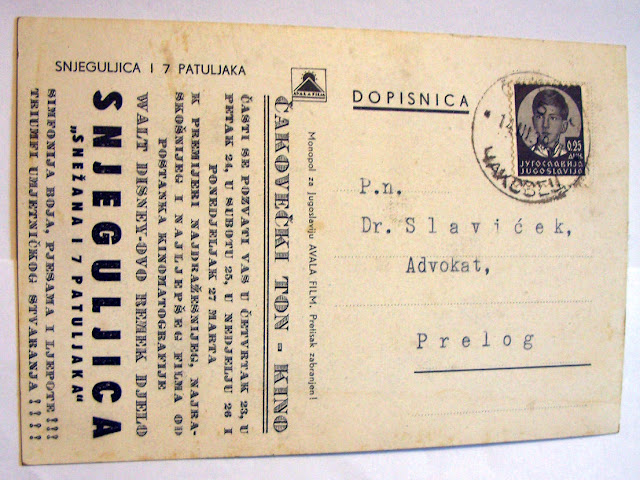