In 1993, the digitally remastered Snow White soundtrack was released on compact disc (previous post) to the North American market. A cassette tape was also available for those consumers resisting the upgrade to CDs. Walt Disney Records. Catalog no. 60850-0. 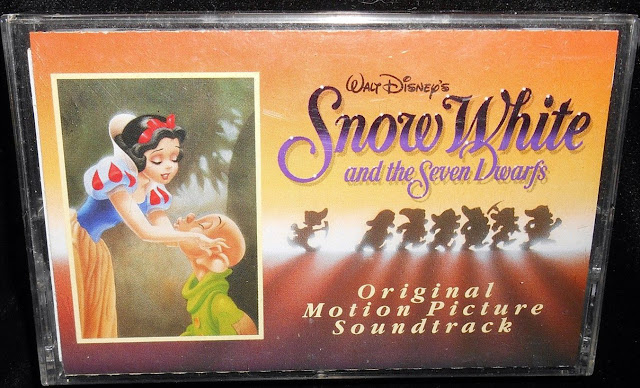 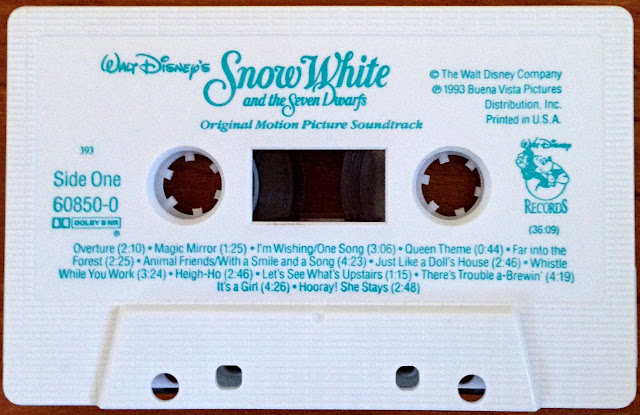 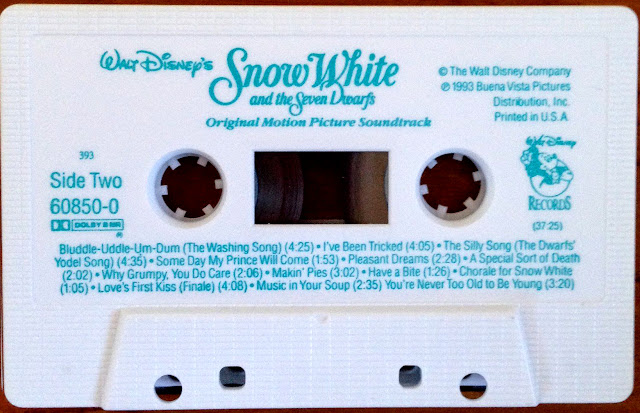 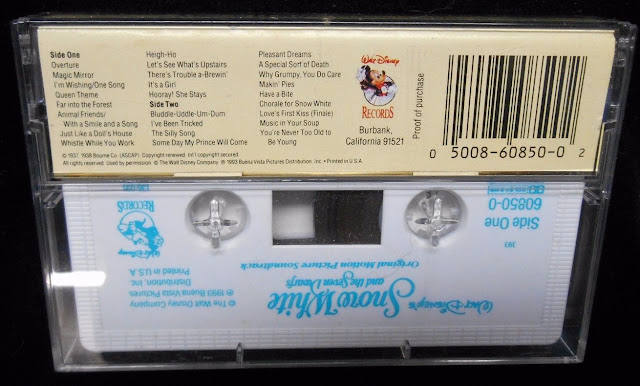 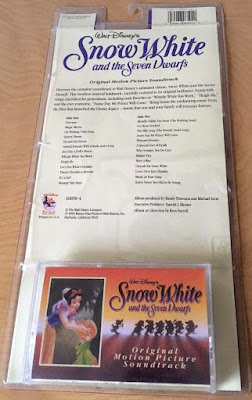 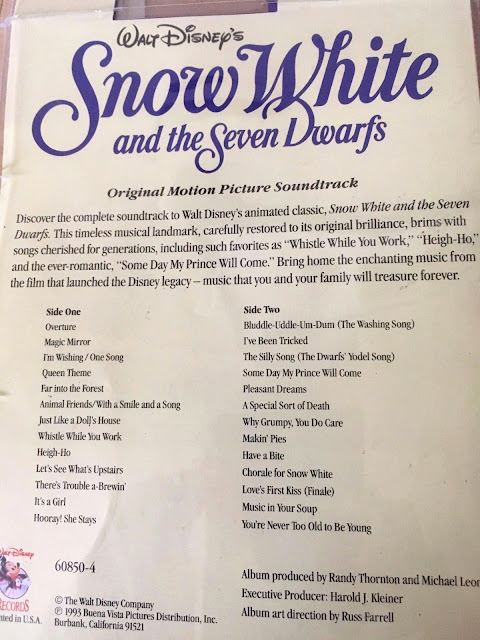 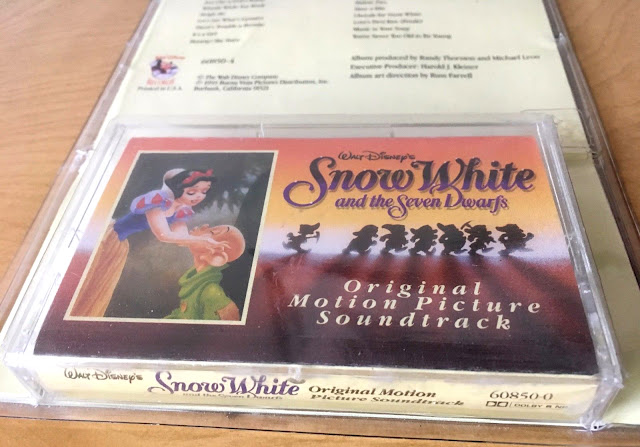 Two more examples, each with a different promotional sticker affixed to the front. 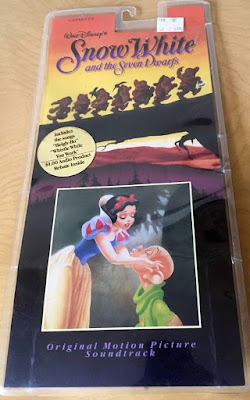 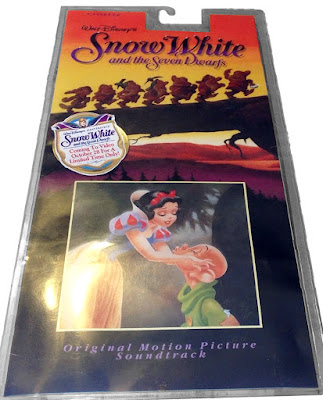