Disneyland Doubles were 45 rpm records released in the United Kingdom. Vinyl 7" discs. Each contained two singles from a particular Disney film. At least two were produced for Snow White.

1971 Disneyland Record. Catalog no. DD15, UK. Heigh-Ho/Whistle While You Work. 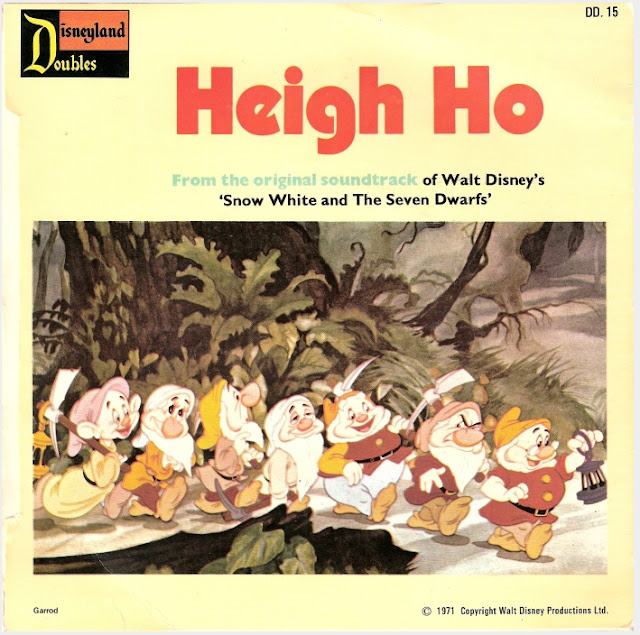 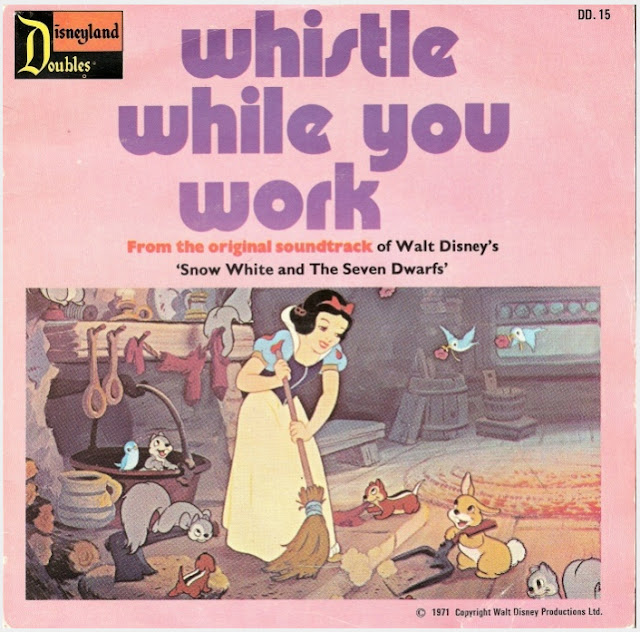 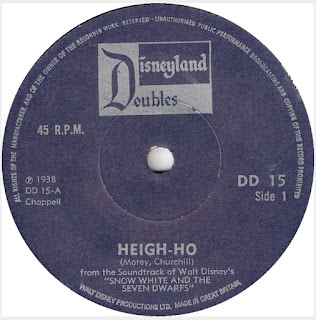 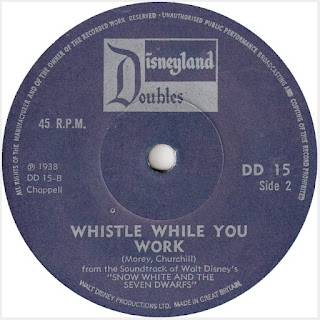 1972 Disneyland Record. No. DD31. Some Day My Prince Will Come/With a Smile and a Song. 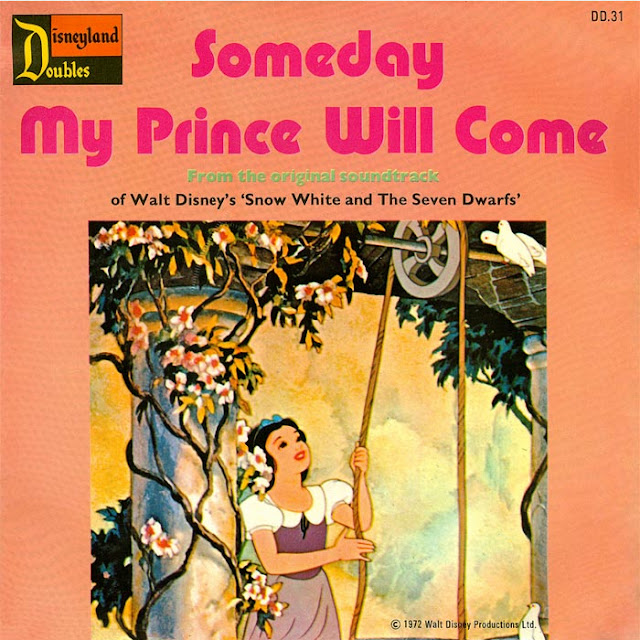 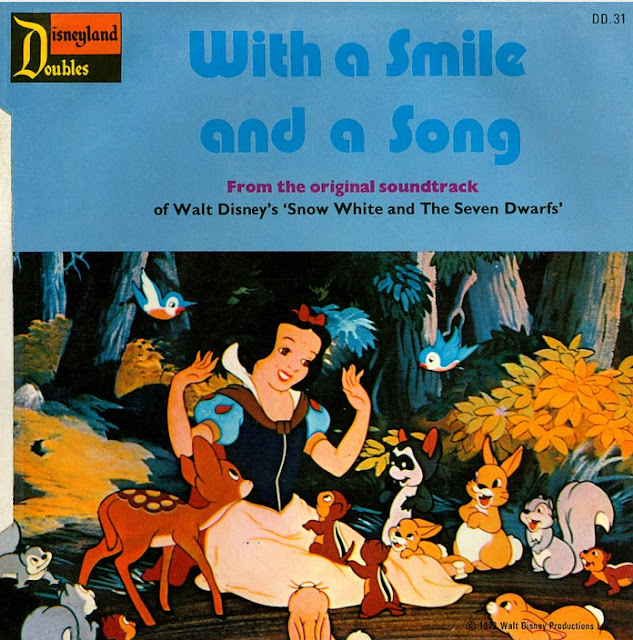 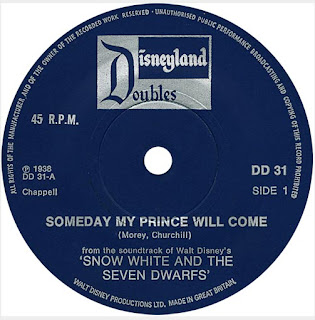 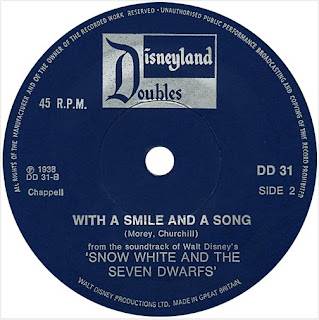 Disc Side One + Two
Additional Images via 45cat.
Posted by Snow White Archive at 3:10 AM