Paper dolls have been around for quite some time, the first being produced in Europe during the mid-eighteenth century. However, they didn't become popular in the US until the 1920s. With the onslaught of the Great Depression in the 1930s, the Golden Age of paper dolls had begun. The average parents couldn't afford much. Yet they could still buy their children inexpensive figures made of paper.

The doll clothes and accessories are usually separate and often attached by use of folding tabs. Due to their fragile nature, vintage paper dolls have become rare and are a highly sought-after collectible. 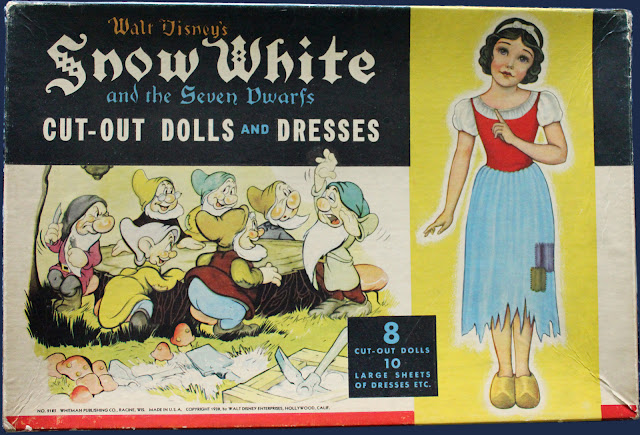 Side and end panels.

The dolls include Snow White in a rag dress and the Seven Dwarfs without their hats or jackets. They're made from stiff paper stock (although not too heavy--more like a thin card stock). Each comes with a small wooden block for a stand. 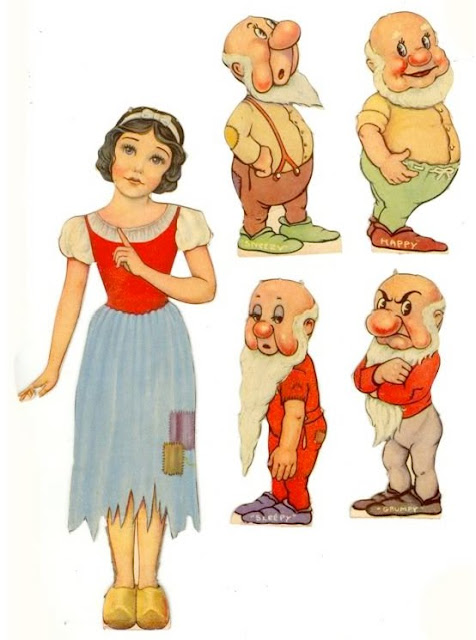 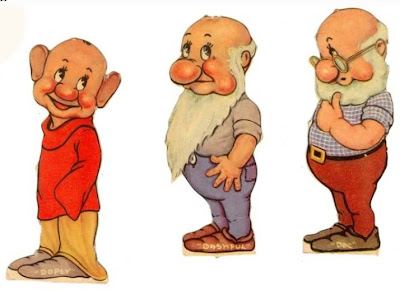 The ten sheets of costumes are on a thin paper stock, each packed with dresses, jackets, accessories, and a few animals. Finding an uncut set today is not easy. 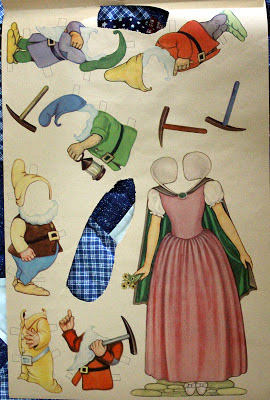 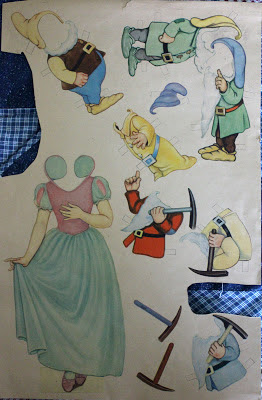 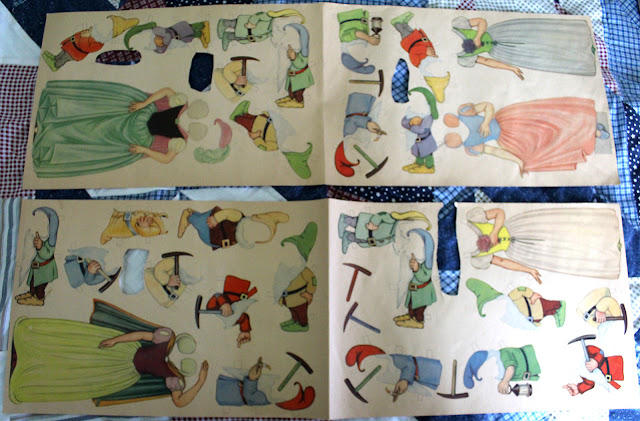 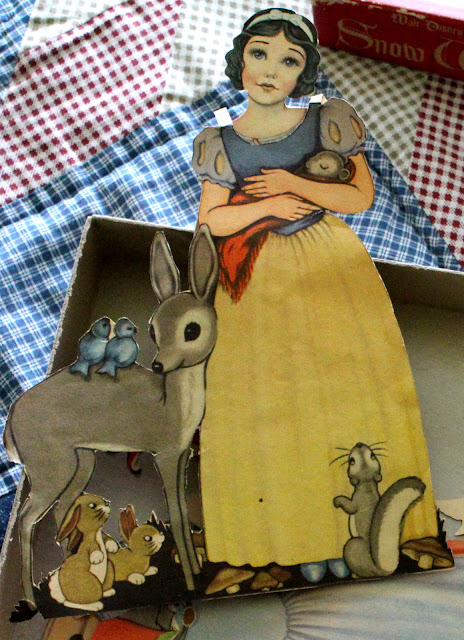 Here's a closer look at the dresses, jackets, and accessories... 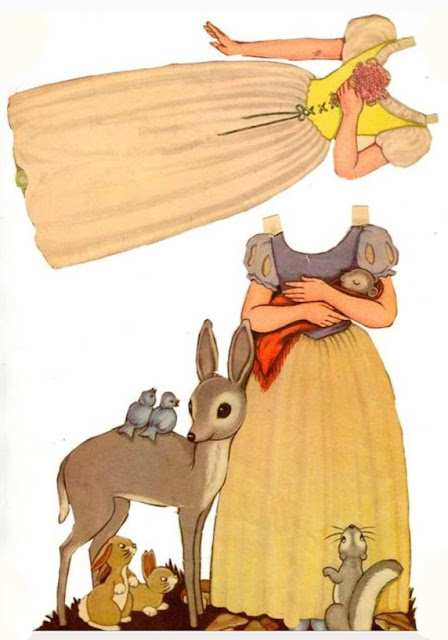 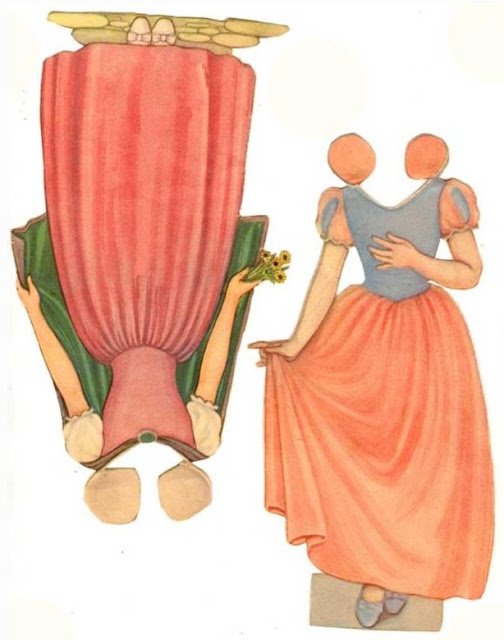 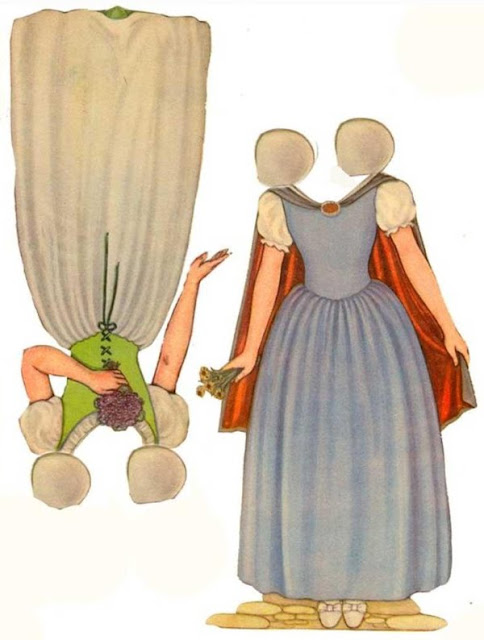 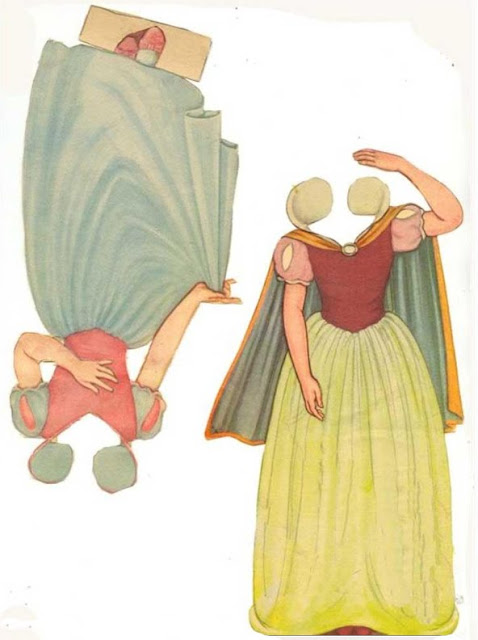 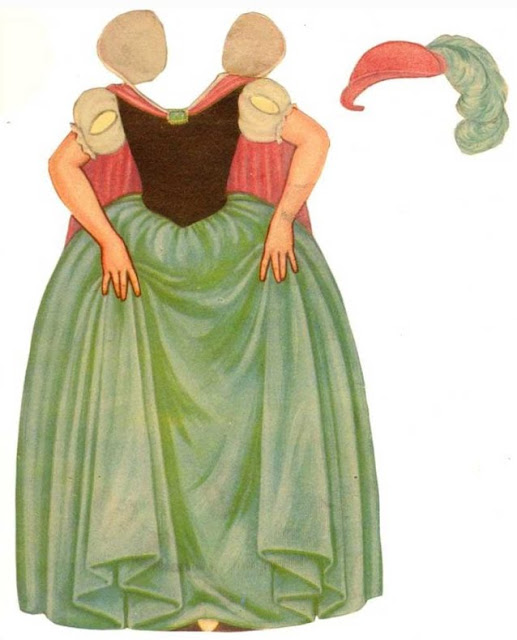 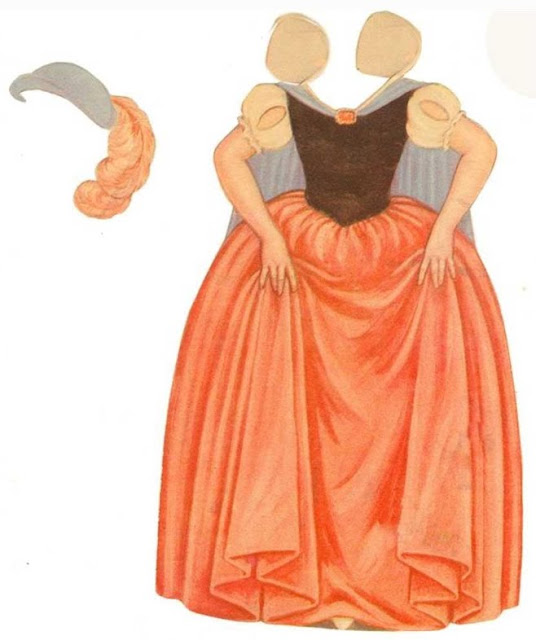 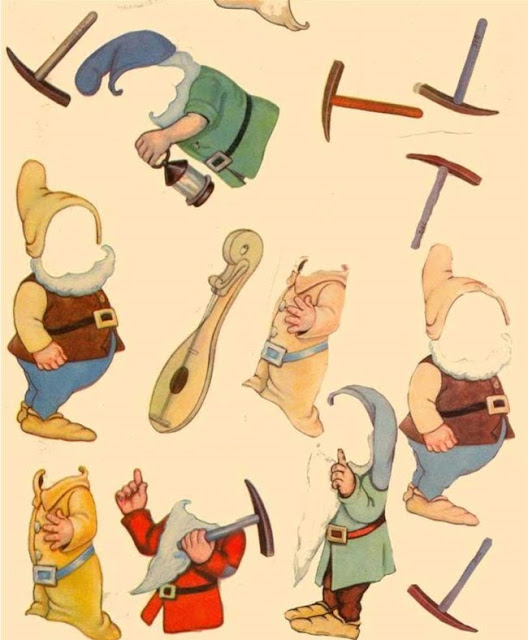 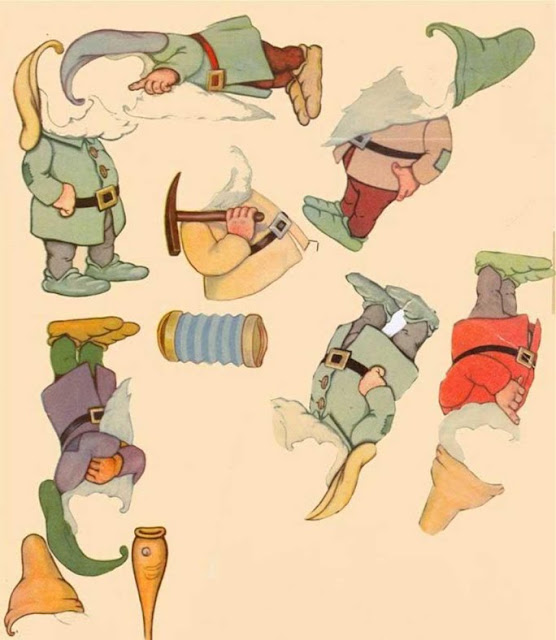 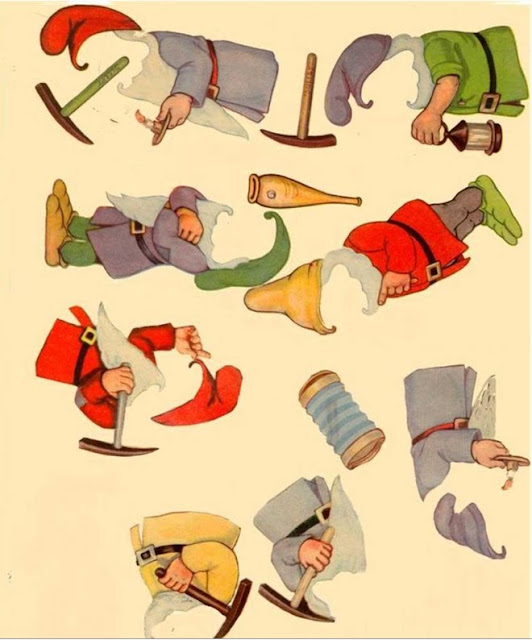 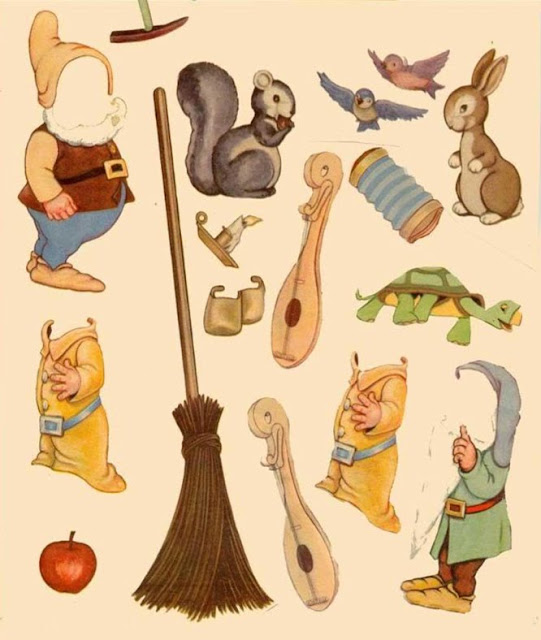 Photos courtesy of the Michael Filippello Collection with additional scans via raquid.
Doll artwork copyright Disney.
Posted by Snow White Archive at 2:20 AM