A Visit to the Grim Natwick Betty Boop Festival 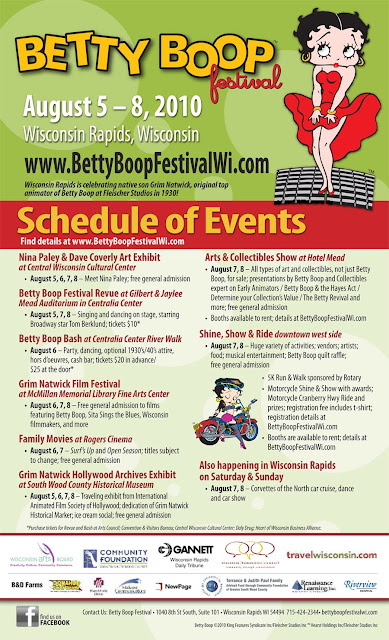 I attended the first annual Grim Natwick/Betty Boop Festival yesterday in Wisconsin Rapids. Natwick, the main animator of both the original Fleischer Studios' Betty Boop character and then of Disney's Snow White, was born and raised in this small central Wisconsin municipality. In honor of their most famous resident as well as Betty's 80th birthday (August 9th), the entire town threw a party. Here's what I saw... 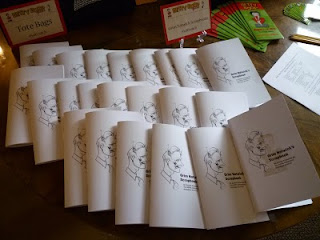 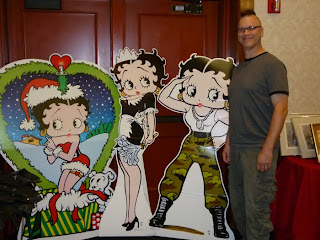 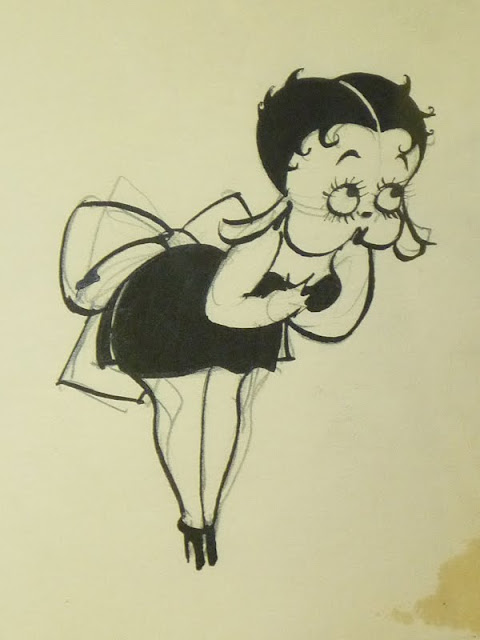 At the heart of the fest was the Grim Natwick artwork collection on loan from the non-profit ASIFA-Hollywood Animation Archives. Also "on loan" from the Archives was its director Stephen Worth who gave talks and tours throughout the weekend. 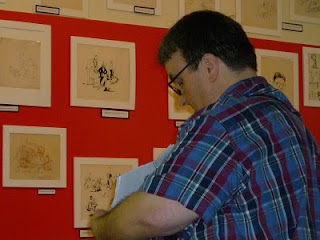 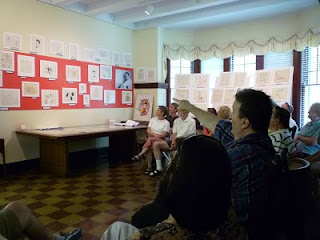 Stephen Worth leading a discussion on the Natwick animation collection.

The story of Bimbo the dog and his new girlfriend as shared by Stephen Worth...

In 1930, Bimbo the dog was the star character at Fleischer Studios. Director Dave Fleischer asked Grim to design a girlfriend for Bimbo in the upcoming short Barnacle Bill. Natwick went to work and created the design sheet (below). When Fleischer returned, he saw that Grim had simply "retooled" the Helen Kane character from the previous short Dizzy Dishes. The director argued, 'Bimbo is a dog. Don't you think he ought to have a dog girlfriend?"

Natwick quickly drew a dog body on the sheet with the Helen Kane head and asked,

"Would you rather have this?" He circled the dog.
"Or this..., " he pointed to the human form, "as Bimbo's girlfriend?"

Fleischer gave in and thus was born a character soon to become a bigger star than Bimbo would ever be. 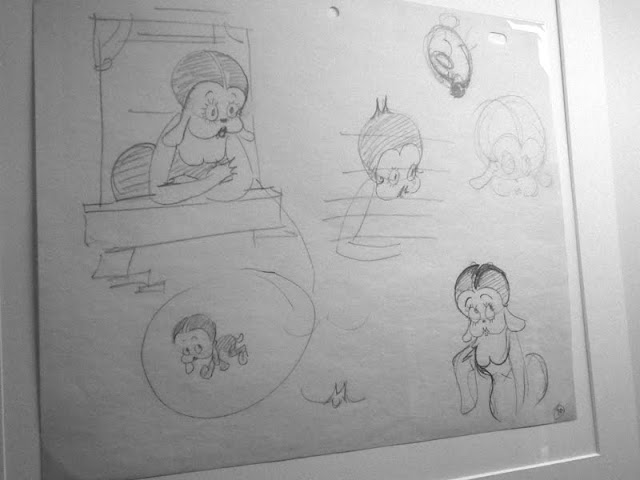 Character design from BB cartoon Barnacle Bill (1930).
NOTE: Photo has been manipulated from color to grayscale for ease of viewing.
The actual drawing paper shows yellowing from age. 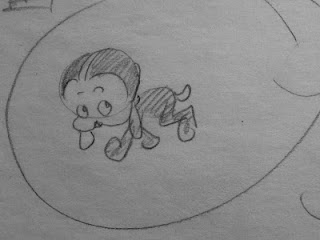 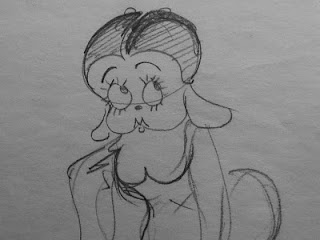 Yes, it was the "Betty Boop" Festival, but I was interested to see drawings from Natwick's entire career, especially those from his Disney period. Below is a Snow White animation rough... 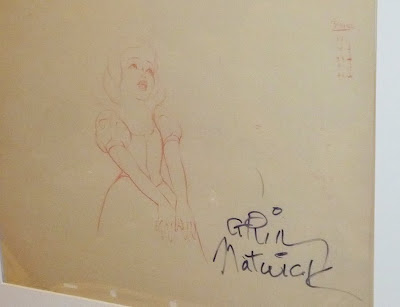 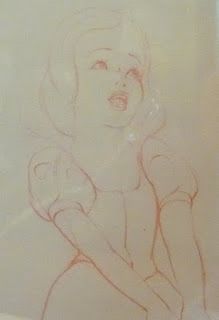 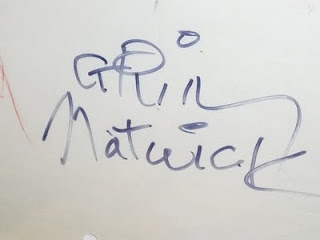 
The festival also included screenings of Betty Boop shorts, other films by Grim Natwick, animated treasures from the ASIFA Hollywood archives, and special showings of Nina Paley's Betty Boop-ish Sita Sings the Blues. My wife Ti and I had the pleasure of meeting and chatting with Nina whose animation art was on display throughout the day. 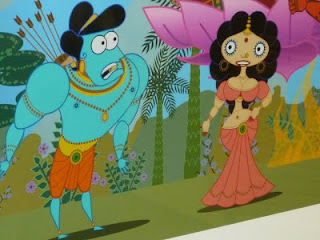 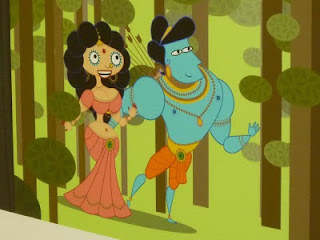 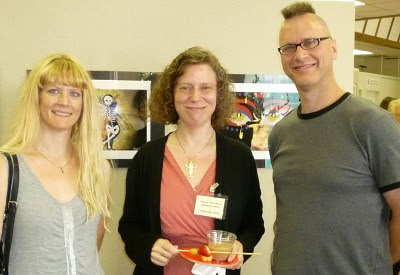 
And now, here's a rather racy Barnacle Bill with his new girlfriend...

Posted by Snow White Archive at 2:01 AM