It was 1933 when Joe Grant (1908–2005) was employed as a newspaper cartoonist for the now defunct LA Record. His work caught the attention of Walt Disney, and Joe was invited to draw for the studio. The initial gig was as a caricaturist (uncredited) on the short, Mickey's Gala Premier[e]. 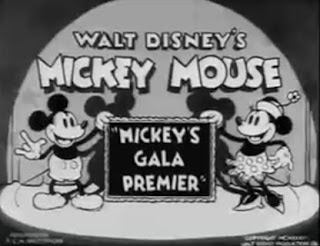 Walt liked his work and asked Joe to stay on full-time. He was among those first artists and animators who were present when production started to kick in on Snow White. Joe added to Disney's first feature in a number of ways including running (along with Bill Cottrell) Lucille La Verne's recording session for the Queen and Witch voice-overs (see earlier post). 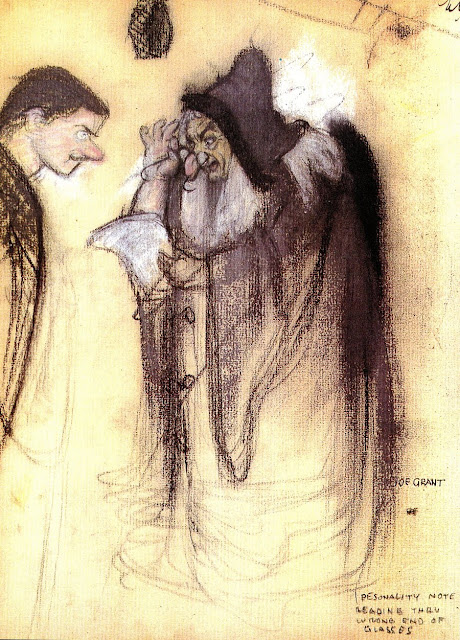 
Joe sketched an image of the veteran actress as the old crone, and this led to his greatest contribution to film--his drawings of the Queen/Witch. These became the model sheets that would defined the character's appearance and from which the animators would bring her to life. 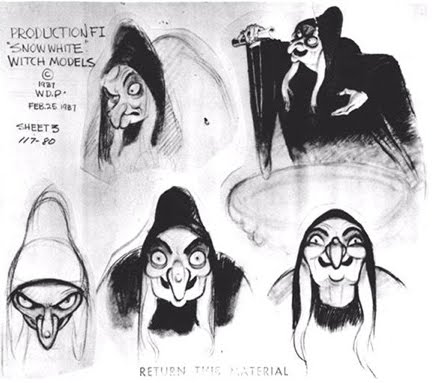 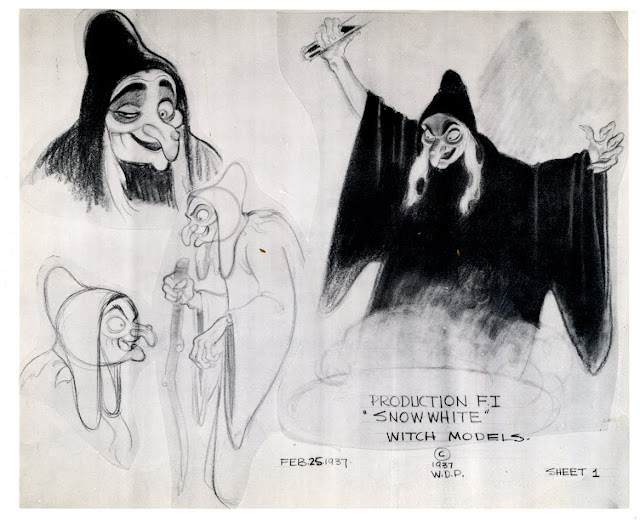 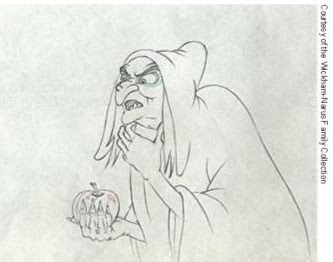 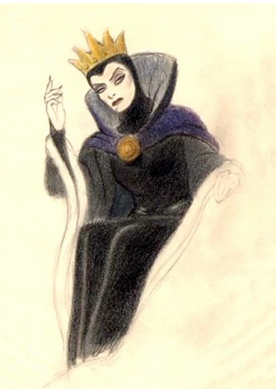 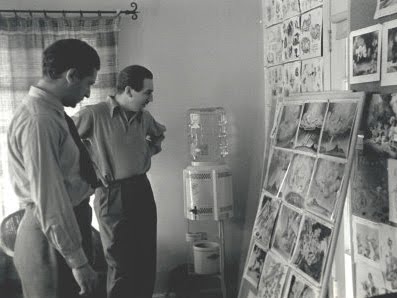 
Joe became one of the studio's top story developers and was placed in charge of the newly formed Character Model Department--a "think tank" where sketches of new character and story ideas would be tacked to the walls and plaster maquettes (sculpted by Grant and others) would be created. As head of the department, no model sheet was considered “official” until Joe approved it with his mark: "O.K., J.G." 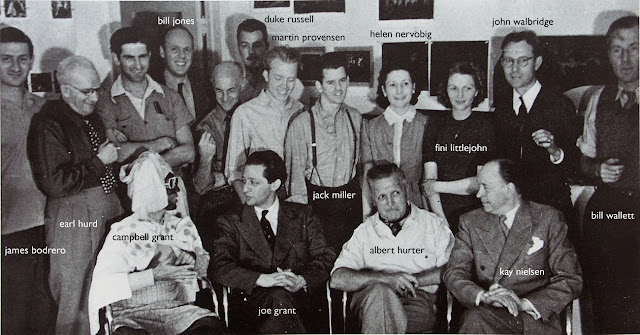 1939 picture of the Character Model Department headed by Joe Grant when they were working on Fantasia.
Image from John Canemaker's  Before the Animation Begins.


After Snow White, the studio of course shifted into high gear. It was the "Golden Age" and he led the development on Pinocchio and Fantasia. When in 1940 Walt Disney was forced to create a film on the cheap due to lost revenue in the European market, Joe and co-writer Dick Huemer took a small book of less than a dozen pages and created the story for the enormously successful Dumbo. 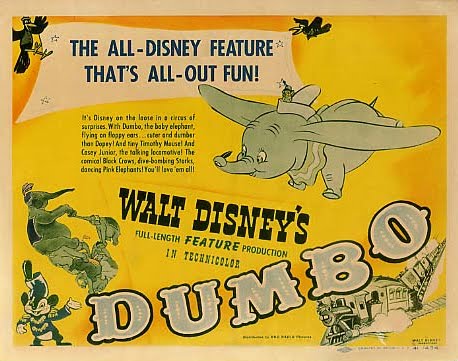 
He left the Disney studio in 1949 to pursue other interests, but forty years later, Joe was asked to return to assist as a consultant. He said it was like being Rip Van Winkle...


except that nothing had changed. It was the same thing. You really do pick it up again.
Source: Not Just Your Average Joe: Disney Legend Joe Grant, an interview by Mike Lyons


Joe was back and part of the rejuvenated Disney Animation Studio. He worked on such films as Beauty and the Beast, Aladdin, The Lion King, Pocahontas, Fantasia 2000, Monsters, Inc., and more. 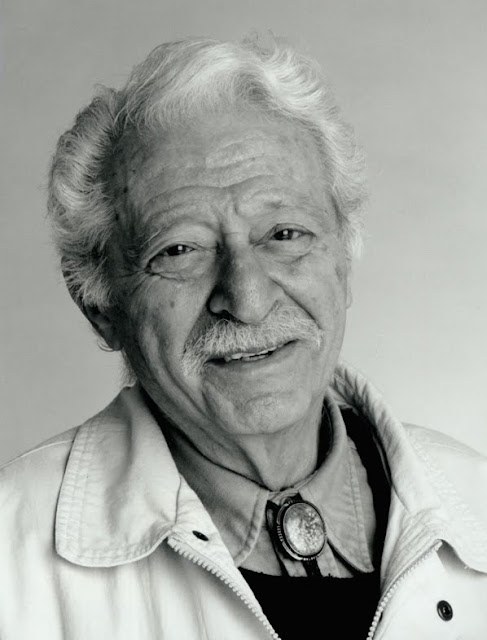 
The last film produced before his death was Chicken Little which was subsequently dedicated to him. His final project, Lorenzo, a short about a cat who's tail has a life of its own, was conceived and partially storyboarded by Joe. Once considered for a segment in the third Fantasia film, it received an Academy Award nomination in 2005.

Joe was active to the end and passed away while working at his drawing board in his studio.

See more of Joe's Witch/Queen sketches.
Posted by Snow White Archive at 6:18 AM