Artist Thomas Kinkade was commissioned back in 2005 to paint Disneyland for its 50th anniversary. This initial relationship with Disney has grown over the last five years into a 12 image series entitled "Disney Dreams Collection". The paintings include scenes from Cinderella, Pinocchio, The Princess and the Frog, and his latest Bambi. In 2008, he also created Snow White Discovers the Cottage which took him two and half months to complete. 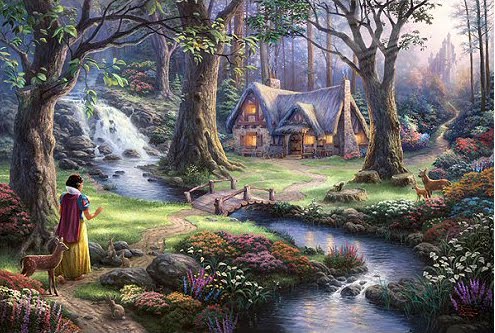 As a tribute to his wife Nanette, Kinkade hid a total of seven N's in this painting. He also placed seven Mickey silhouettes hidden in the image--one for each dwarf. 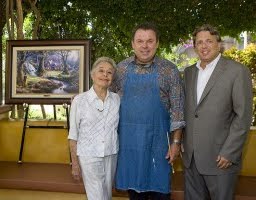 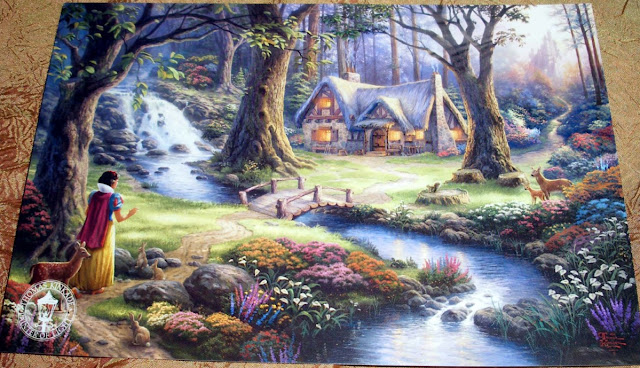 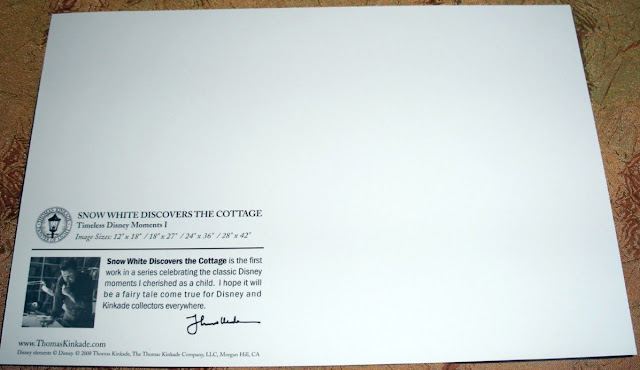 A wide variety of products hit the market featuring prints of the Kinkade painting including night lights, ceramic tiles and this panel of 100% cotton fabric. 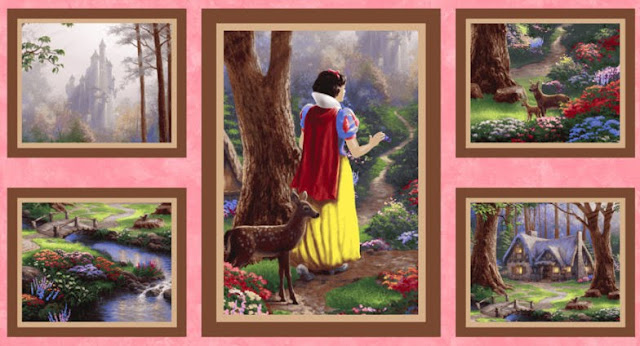 Posted by Snow White Archive at 6:20 AM