"Fairest of All" Book

Published by Disney Editions, Serena Valentino's hardcover Fairest of All hit the stores last year, August 18, 2009. The author is known for her work on the comic book series GloomCookie and Nightmares and Fairy Tales.

The idea behind Valentino's book is an intriguing one--the telling of the Snow White tale from the Evil Queen's perspective. Where did this monarch come from? How is it that she's so wicked? An alluring concept for the curious intellect, but wait, on second thought, do I really want to know? 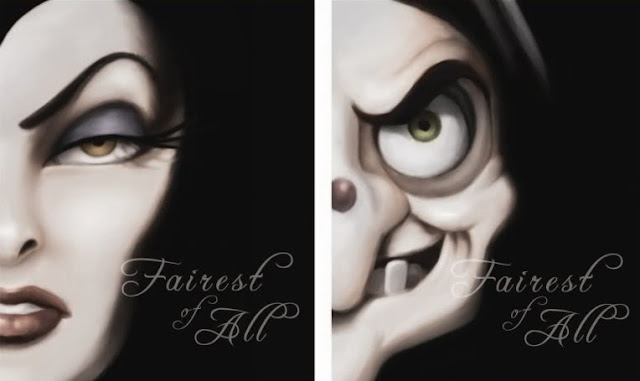 The story takes us into the life and mind of the Queen before she became a queen. The daughter of a verbally abusive father, she suffers the dysfunction of a low self-esteem. We learn of her home life, how she met the King (Snow White's father), and her loving relationship with the little princess--then only 3 or 4 years of age at the time of the royal couple's wedding. While the writing is generally aimed at a young adult audience, darker segments may not be suitable for the more sensitive teen.
Valentino tosses a few unexpected twists our way, e.g. the identity of the face in the Magic Mirror. Overall though, I found myself most interested when the story paralleled the time period of the actual film rather than before. Also, I couldn't help feeling a little dispirited by the domesticity of the main character's issues. She was living more in an everyday reality of neuroses rather than in a world of fairytales. OK, she was being manipulated by conniving witch sisters and a talking mirror, but still it seemed as if all the Wicked Queen really needed was a good therapist. Where's the fun in that? 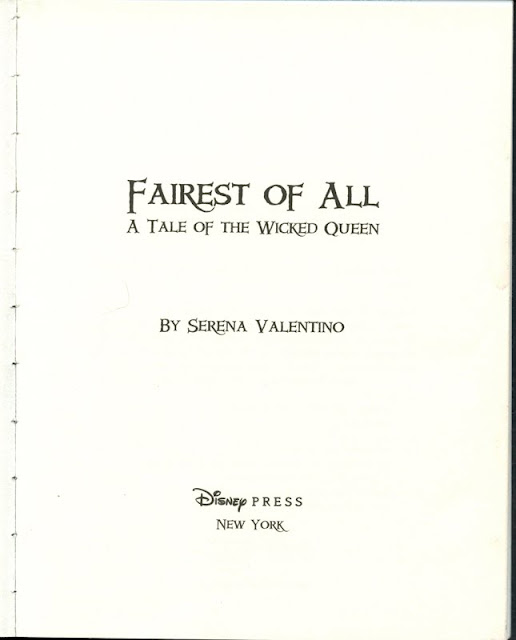 
So the question still begs, "Do I really want to know her past?" Do we want a human side to one of Disney's most perfect villains--one rivaled only by the likes of such evilness as Sleeping Beauty's Maleficent or The Little Mermaid's Ursula? 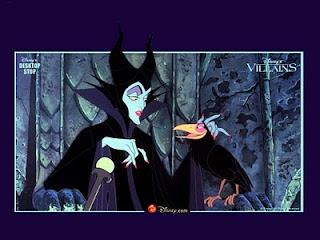 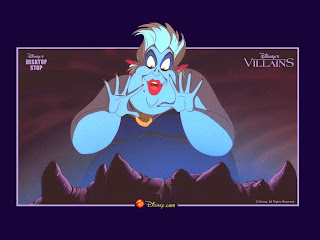 
The problem is not [entirely] the fault of the author, Serena Valentino. The issue is deeper. Mythological tales are all about the inner workings of the human psyche; the characters within the stories represent the different aspects of our own selves. Evil is evil because it needs to be in order to satisfy the archetypal symbolism that it represents. Once you start looking to domesticate it, that is, to place ordinary explanations on the reasons for its existence, the bubble begins to burst.
A perfect example of this is in the Star Wars saga. George Lucas was an inspired individual when he wrote and created the original trilogy. Throughout the first three films, the mystery and mystique are kept intact for the quintessential villain, Darth Vader. Yes, we have revelations and even redemption at the end, but the archetype is not spoiled. Vader was an agent of the dark side and fulfilled his mythic role perfectly. However, the prequel films set the character in everyday situations with ordinary human emotions. This may satisfy our curiosity about his early years, but the power of the archetype is diminished (and the overall story suffers). 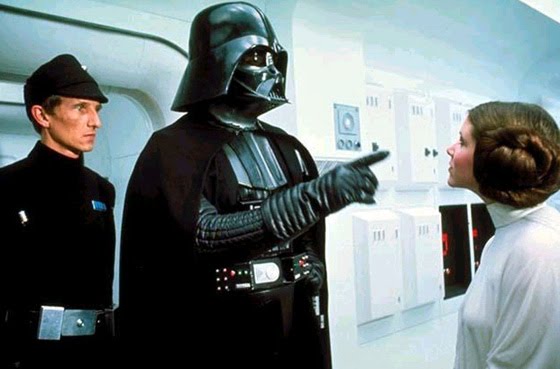 
Of course, for those not interested in the archetypal symbolism, you may find that Fairest of All will indeed satisfy your curiosity about the Queen's early life. After all, the mythic world is not for everyone. It's a quick read and probably available at your local library. If not, it can be gotten dirt cheap through any number of online book dealers. 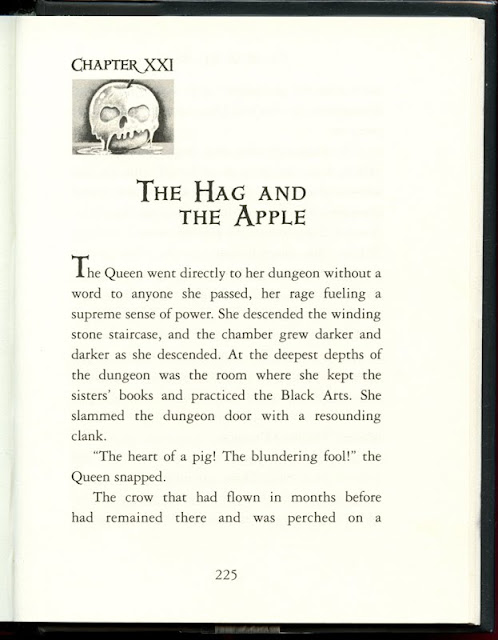