The Snow White soundtrack first appeared in January 1938. Over the years it was re-issued on shellac, vinyl, cassette, CD and now mp3. Most editions included the eight songs; some added the two deleted numbers, "Music in Your Soup" and "You're Never Too Old To Be Young"; and still others incorporated a narrative tale too. (More on all of these in future archive entries.) 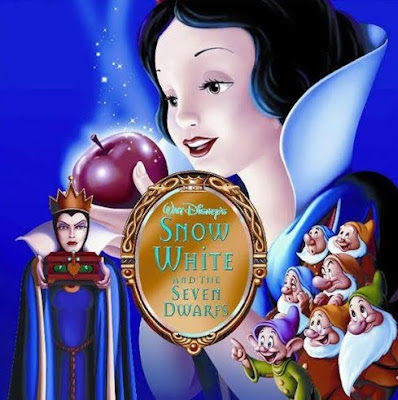 On October 14, 2008, you could begin sampling Snow White songs and purchasing download-able MP3 audio files online. You can find these on several sites including Dada, Amazon, iTunes and others.
Posted by Snow White Archive at 3:10 AM