Window cards were movie posters designed to be placed in store windows and other locations around town. Because large numbers were needed, theater owners usually purchased them in bulk orders. The posters were produced on heavier card stock, but to keep costs down, a cheaper printing process was used. As a result, they tend to lack the luster found in one-sheets and other movie art.

The window cards came in one of three sizes with 14" x 22" tending to be the standard. There was also a jumbo 22" x 28" and a miniature 8" x 14" . Across the top of the two smaller sizes was usually a blank border where theater owners would write information about dates and showtimes. Info via Learn About Movie Posters.

All three sizes were employed with the RKO general release of Snow White. 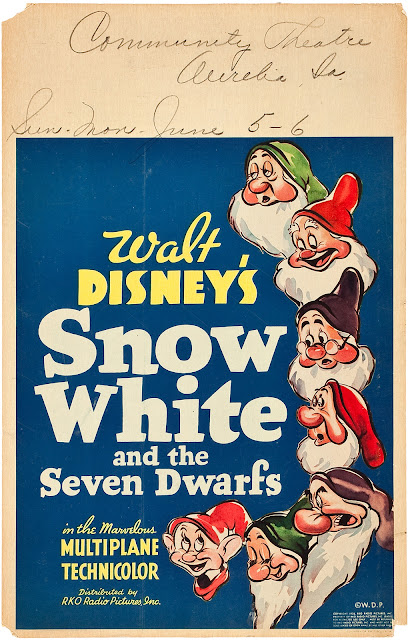 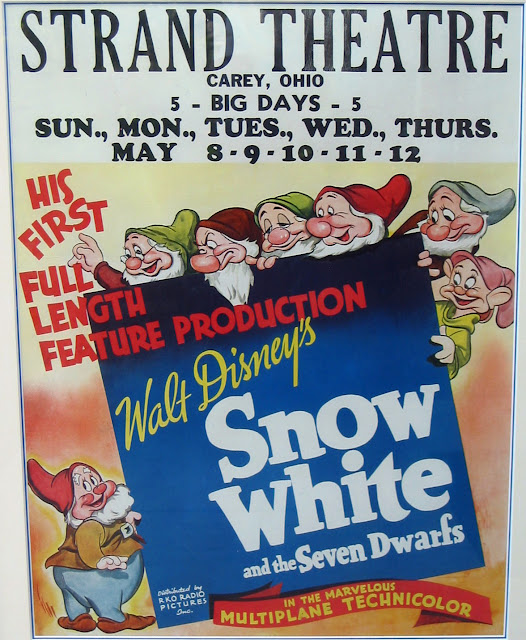 In addition, there was also a hard-to-find, first edition red-style "regular" size window card dated from 1937. Unlike the blue version pictured above, this one had an orangish background.
Posted by Snow White Archive at 12:01 AM