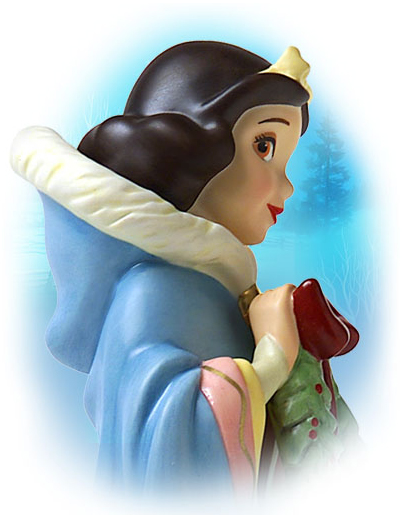 It's a Merry Christmas with "The Gift of Friendship" figurine. Introduced in July of 2005, this open edition Snow White piece was the third release of four in the Walt Disney Classics Collection Holiday Princess series. Sculpted by Dusty Horner, the porcelain figure stands 7.5" tall


The colors for this figure were inspired by those found on one of the film's first posters. In addition, the border design of Snow White's cloak is patterned after the clothing worn by her mother in an early Little Golden Book. 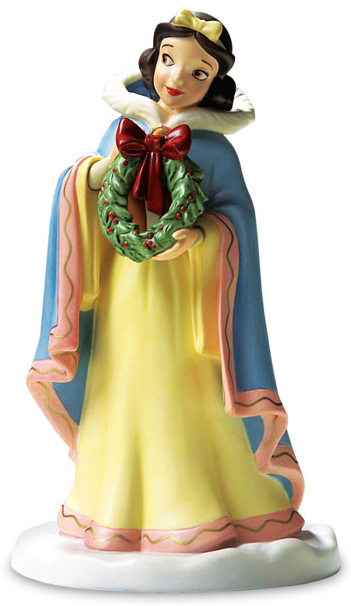 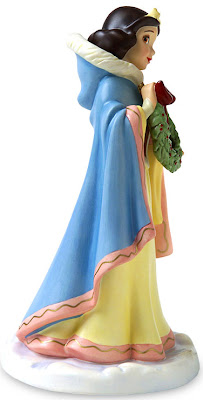 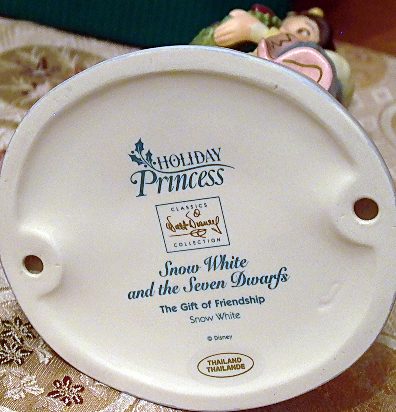 The piece retailed for $150 (USD). Retired December 31, 2006. The first year bottom-stamp was Cinderella's glass slipper.
Posted by Snow White Archive at 12:01 AM